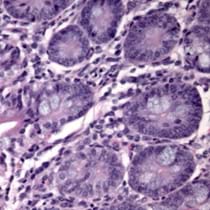 For the third spring meeting on Smart Materials hosted by the Soft Materials Discussion Group, the focus turns to biological inspiration. This symposium will bring together academic and industrial researchers to discuss how biological systems can inform the development of new materials responsive to the external environment. These new materials have applications in the regeneration of human tissues, medical adhesives, drug delivery, and a variety of industrial uses.

From Single Cell to Tissue Construct: How to Define a Path for Regenerative Medicine
Vincent Ronfard, Organogenesis

Kevin Davis obtained his BS from the Biomedical Engineering Department of Case Western Reserve University in 2007. He performed undergraduate research in cartilage tissue engineering. He is now pursuing a PhD in Dr. James H. Henderson’s lab at Syracuse University in the Biomedical and Chemical Engineering Department and the Syracuse Biomaterials Institute. He is continuing to work on cartilage tissue engineering, but is also focusing on developing new technologies for cell culture using smart materials.

Phillip B. Messersmith, PhD, is a professor of Biomedical Engineering, Materials Science and Engineering and Chemical and Biological Engineering at Northwestern University. He earned his B.S. degree in life sciences in 1985 and his Ph.D. degree in materials science and engineering in 1993, both from the University of Illinois at Urbana. Before coming to Northwestern University, Dr. Messersmith was a postdoctoral fellow at Cornell University, and was a faculty member at the University of Illinois at Chicago (1994-1997). Current research projects include studies of biological adhesives, including mussel adhesive proteins and gecko adhesives, the design of biomimetic adhesive polymers and polymer composites, development of novel biomaterials for regenerative medicine, and antifouling polymer surfaces. His awards and honors include a young investigator award from the Whitaker Foundation, a MERIT award from the NIH, and the Langmuir Lecture Award from the American Chemical Society. Dr. Messersmith is a fellow of the American Institute for Medical and Biological Engineering and a member of the editorial boards of Soft Matter, Nanomedicine, Biointerphases and Biomedical Materials.

Vincent Ronfard has more than 18 years experience in the field of regenerative medicine. He started his career at the Blood Transfusion Center (Lille, France) where he developed a fibrin substrate to transplant human keratinocytes. In the fall of 2006, he joined Organogenesis Inc. from L'Oreal (U.S.A. and Paris) where he served as Associate Vice President/Director of Reconstructed Skin Worldwide. Dr. Ronfard also served as Director of Research at Modex Therapeutics, which was an early pioneer in the field of regenerative medicine.

Carlo Yuvienco is a second year graduate student in biomedical engineering at Polytechnic Institute of NYU (NY). After graduating with a BE in chemical engineering from the Cooper Union (NY) in 2005, he worked at Pall Corporation (NY) as an R&D engineer. At Pall Corporation, he focused on developing next-generation blood filtration media. Currently, his research with the Montclare Laboratory involves the development of protein-based biomaterials for drug-delivery and imaging applications. Carlo is an NSF GK-12 fellow, which commits him to teaching Brooklyn elementary school students about robotics, engineering and science. As part of his fellowship, he also co-coaches a FIRST Lego League robotics team. A native New Yorker, Carlo enjoys eating out and working excessive hours.

Genetically engineered protein block polymers are an important and emergent class of biomaterials. The requirement for “smart” protein-derived biomaterials to change in macromolecular structure in response to external stimuli necessitates the design of controllable modes of self-assembly. The recent advances in unnatural amino acid incorporation enable the integration of chemical diversity into such proteins, potentially expanding the level of control and material properties. Our group has established the successful generation and characterization of self-assembling protein block polymers composed of a coiled-coil domain of cartilage-oligomeric matrix protein and an elastin-like peptide sequence. This preliminary work has established a unique dependence of physicochemical properties on protein block construction. A recent focus of our work is on the enhancement of these protein polymer constructs by way of incorporation of non-natural fluorinated amino acids such as para-fluorophenylalanine and trifluoroleucine. Incorporation of fluorinated amino acids may also enable an extension of the biomedical applications allowed to our protein polymers.

Collagen is highly abundant fibrous protein and plays a key role in numerous biological processes. Collagen organizes into fibers and matrices that can be utilized as biomaterials in tissue engineering where it is critical to promote the healthy cell growth. Self-assembly of synthetic collagen peptides into high-order structures is an important first step toward the design and construction of matrices. Collagen is composed of three peptide chains intertwined with triple helical conformation. Here, we report computationally modeled collagen triple helices staggered half-way with each other forming a “sticky ends” arrangement. The sticky-ends induce the formation of the high-order structures of collagen triple helices. Circular Dichroism (CD) and Small Angle X-ray scattering (SAXS) confirm the sticky-ends design. Atomic Force Microscopy (AFM) shows the complex morphology of collagen assemblies. Further study will help us understand the details of the formation of the high order structures.

Substrate topography can direct cell behavior. Shape-memory polymers (SMPs) are a class of active materials that have the ability to ‘‘memorize’’ a permanent shape, be manipulated and ‘‘fixed’’ to a temporary shape, and then later recover to the permanent shape by a triggering event. We hypothesized that programmed changes in surface topography of an SMP substrate could be used to direct cell behavior.

To test this hypothesis, we analyzed cell morphology on an SMP substrate programmed to change from a flat to a grooved topography and an SMP substrate programmed to change from a grooved to a flat topography. The shape memory response was activated via a hydro-thermal trigger. A photocured, glassy SMP was cured on an imprint of a vinyl record to produce films with a permanent surface topography of triangular grooves or between glass slides to produce films with a permanent flat topography. Samples were then flattened or embossed with the imprint of the vinyl record by compression above Tg and fixed by cooling to room temperature under force. This produced substrates with a temporary flat or a temporary grooved topography. C3H10T1/2 cells were allowed to attach for 5 h at 28°C and then shape recovery was triggered by increasing to 37°C (above the hydrated Tg). Two groups were tested to image cell morphology (i) before recovery and (ii) after recovery. Samples recovered by heat to their permanent topography and cultured at 28°C and 37°C were the control.

Our results suggest that active substrates that incorporate surface shape memory could provide an unprecedented approach for controlling cell behavior during cell culture.

Many biological organisms rely on adhesion to surfaces for their very survival, often implementing elegant and creative solutions that are finely tuned to local environments. Marine mussels, for example, have evolved sophisticated protein glues that robustly attach to rocks and man-made structures such as piers and ship hulls. The proteins found in these glues have very specialized amino acid compositions, undoubtedly related to the particular challenges of achieving permanent adhesion in the wet marine environment. In this talk I will focus on this remarkable adhesive strategy by first describing what we know about the molecular features of mussel adhesion, and concluding with several brief examples of biomimetic materials that exploit key features of the native proteins. Practical applications of these materials range from novel medical adhesives and sealants, and coatings for medical devices and consumer materials.

From Single Cell to Tissue Construct: How to Define a Path for Regenerative Medicine

The development and use of cell-based products to treat acute and chronic wounds has, over the last 30 years, advanced from a scientific discovery to a series of commercially viable products. The key challenge is to produce safe and effective products which are economically viable for the industry and the society that uses them. The scientific rationale and path leading from cell banking to product development and its use in the clinic will be described.