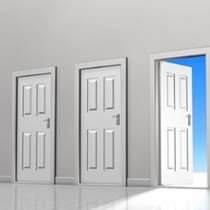 Evaluating Opportunity for a Tech Venture

It takes more than a good idea or invention to start a successful business. Before embarking on the commercialization process, it is important that scientists know how to critically evaluate their innovations and determine if it is a viable entrepreneurial endeavor. Entrepreneur and CEO Paul Tumpowsky will cover the difference between invention and innovation, ideas versus execution, and factors that are favorable for entrepreneurs as well as provide practical skills for creating a value proposition, assessing competition, identifying and confronting challenges, weighing costs and risks versus revenues and rewards, and determining appropriate next steps. This session is a primer for science PhDs with limited business experience who want to learn how to evaluate the promise of technology startups.

Register now for all 4 workshops in the series and save 20%.

These events will also be broadcast as webinars. You may purchase all four events (onsite or webinar) at a discount or register only for the individual events you are interested in.

Please note if you register for all four events, you must either attend all onsite or all as webinars.

Please note:
Transmission of presentations via the webinar is subject to individual consent by the speakers. Therefore, we cannot guarantee that every speaker's presentation will be broadcast in full via the webinar. To access all speakers' presentations in full, we invite you to attend the live event in New York City where possible.

Previously, Mr. Anthony collaborated with Dartmouth College professor Dr. John K. Shank and consulted for Fortune 500 clients on capital investments, mergers and acquisitions, and entrepreneurship. In addition David is an adjunct professor at the NYU Stern School of business where he began teaching technology entrepreneurship in the Fall of 2009. David has taught Idea to IPO at The Academy since 2004.

Prior to Square Zero, Paul was a principal with Metropolis Venture Partners in New York. Paul sourced deal flow, evaluated business plans, conducted due diligence and interviewed companies for early-stage venture fund focused on investing between $1-$10 million per transaction in the telecommunications, networking, wireless and enterprise software markets. As part of his responsibilities, Paul was the founding Chief of Staff of an optical networking hardware firm and operated a commodity metals trading software firm as CEO through multimillion-dollar Chapter 7 involuntary bankruptcy and wind down.

Prior to business school, Paul spent over four years at Andersen Consulting, where he specialized in acquisition advisory, custom database design and development, and logistics strategy. Paul is the chairman of the Board of the InSITE Fellowship program in New York and has led the early-stage selection committee for NYNMA's VentureDowntown conference.

Paul received his MBA from Columbia Business School, where he concentrated on finance and entrepreneurship, a BS in Mechanical Engineering from the University of Illinois and has studied at the Shibaura Institute of Technology in Tokyo.

For sponsorship opportunities please contact Monica Kerr at mkerr@nyas.org or 212.298.8612.