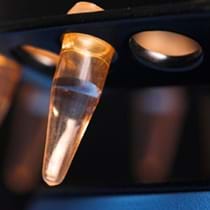 From the PhD to Industry

Presented by the Science Alliance and Pharmaceutical Club of NY & NJ

For many life science PhDs leaving academia, the biotechnology and pharmaceutical industries offer a variety of interesting roles both at the bench and beyond. This panel pulls together various professionals from biopharma companies in NY and NJ to illuminate the career possibilities in industry and how to make the transition from graduate school or a postdoc.

American Council on Science and Health

I am a native New Yorker who attended Bronx Science (grad 1971), then got a BS in chemistry from Alfred University in 1975 (Cum laude) with a major in chemistry and a minor in piano. I then attended the University of Virginia, where I worked from professor Richard Sundberg on indole alkaloid synthesis. I got my Ph. D. in 1980 and then did a two-year post-doc with professor Amos B. Smith III. In 1982 I began working for Lederle Laboratories, a division of American Cyanamid Co. American Cyanamid was acquired by American Home Products (later Wyeth). I worked as a medicinal chemist for 27 years in a variety of therapeutic areas, including lipid disorders, diabetes, antibacterials, antivirals and oncology. After Wyeth was acquired by Pfizer in 2010 all of the chemists were let go and I am now working with the American Council of Science and Health in New York.

Ira Das joined Sanford Bernstein, A Subsidiary of AllianceBernstein L.P, in August 2007 from Prudential Equity Group where she covered the pharmaceutical sector as an associate for two years. She joined Prudential following two years of pharmaceutical business intelligence that gained her experience in several therapeutic areas. Prior to that, she spent eight years at Monsanto's pharmaceutical research and development division, Searle and three years as a clinical chemist in Canada. She received her Ph.D. in Biochemistry from Tulane University, and M.B.A. from Washington University of St. Louis. She also completed a 2-year Fellowship in Clinical Biochemistry from University of Toronto.

Bin Lu is Senior Director of Research and Development at Vivaldi Biosciences, a privately owned biotech company developing vaccines for prevention of common seasonal influenza (“flu”) and emergent pandemic flu. Dr. Lu is responsible for leading R&D activities for Vivaldi's live attenuated influenza vaccine (LAIV) programs, including design and evaluation of vaccine candidates in vitro and in vivo in animal models, preclinical safety, CGMP, and IND filling. Prior to Vivaldi, he was Sr. Scientist at Medimmune, where he contributed significantly to advances in genetic modification, development and propagation of live attenuated influenza vaccine strains for seasonal and pandemic flu. Dr. Lu is a co-inventor of several patents of influenza reverse genetics, co-author of over 20 peer-reviewed scientific publications and has been invited to serve as reviewer for vaccine and virology-related journals. Dr. Lu received his Ph.D in Virology from University of Maryland, and his postdoctoral training at University of California, San Francisco (UCSF).

Risa Shapiro, Ph.D. is a Global Program Manager at Novartis Pharmaceuticals Corporation, responsible for providing program management support and operational leadership to oncology drug development teams. In this role, Risa contributes to strategy development and facilitates cross-functional team alignment with the development plan. Risa joined Novartis in 2007 as a Senior Clinical Manager, focusing on Latin America study startup for a global Phase III study. Prior to Novartis, Risa gained program management experience at Regeneron Pharmaceuticals, Inc., where her assignments included external collaborations. Risa earned both a B.S. in Biological Sciences and a Ph. D. in Molecular Biology from Cornell University

Dr. Renuka Sivendran is a scientist in the Formulation Development Group in the Pre-Clinical Development Department at Regeneron Pharmaceuticals in Tarrytown, NY. As a formulation scientist, she determines how to stabilize protein therapeutics for clinical administration. Dr. Sivendran obtained her bachelor’s degree in chemistry from Millersville University of Pennsylvania and worked as an intern at DuPont Chemicals in Deepwater, NJ. Dr. Sivendran received her PhD in biophysics from the University of Massachusetts in Amherst and studied how molecular chaperones or heat shock proteins prevent protein misfolding and aggregation under stress conditions. Dr. Sivendran did her postdoctoral training at the National Cancer Institute and studied the protein degradation machinery in E. coli and the role of tissue inhibitor of metalloproteinase-2 (TIMP-2) in anti-angiogenesis. Dr. Sivendran received the Fellows Award for Research Excellence (FARE) in 2006 and 2008. She was an active member of the Center for Cancer Research-Fellows and Young Investigators (CCR-FYI) Steering Committee during her postdoctoral years and received a NIH Merit Award in 2006 in recognition of her contributions.

My name is Bill Ward. I am the president of Brighter Ideas, Inc., a biotech start-up company we spun off from Rutgers University in 2003. I don’t want to focus on the company or on my 33 years as a Rutgers University professor. I want to focus on who I am and what makes me tick. Perhaps, by hearing my story, you can develop more insight about who you are and where you want to go in life. For as long as I can remember, I have been an overachiever—the classic obsessive, compulsive, workaholic. I put in at least thirty 48-hour days in graduate school—in a cold room under red lights. One time I finished up marathon research just in time to lead my intramural softball team to victory with two home runs and a diving catch in the outfield. I have always wanted to be the best. But, I am slowly weaning myself from this compulsion. And, in retrospect, I believe I have always been an entrepreneur. In grade school and high school, I was the guy who brought into class unbelievably complex, extra credit projects—from intricate flour and salt relief maps to working miniature models of every ancient weapon pictured in the Latin II text book. Even though I forgot everything Latin over the summer, I got an A in the second year—probably because of my craftsmanship. In a college humanities class, I volunteered to draw a detailed sketch of the Acropolis for my professor to place on a quiz (no Xerox machines back then). I spent so much time drawing the Acropolis that I failed to study what I was drawing. I got 80% on the quiz.

As far back as I can remember, I have been interested in science, not for the usual reasons, but for the aesthetics of science. In 9th grade, the Kuder Preference test results came back Scientific/Artistic. Again, in retrospect, I realize that everything I have done in life has had a significant artistic element. My biology drawings were always the best in the class and I thought of going into medical art at one point. I still hand draw graphs on Xeroxed copies of the few remaining sheets of graph paper I can find. Not once have I used a computer to draw anything. It is too much fun to do it manually. My choice to work in the field of Bioluminescence was probably driven by aesthetics and I never tire of seeing GFP fluoresce. Having had no musical training, now, at age 68, I am now taking voice lessons from an opera singer. I dream of doing solo concerts at night clubs and resort hotels—my kind of music—John Denver, Neil Diamond, Roger Whittaker, and romantic Broadway ballads. I write satires and I have turned real jellyfish into works of art. So, what is my message? Follow your dreams and have fun. If you are not having fun, you are in the wrong field doing the wrong things.