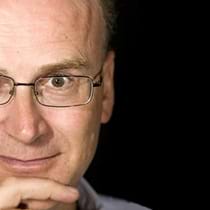 Presented by Science & the City and the Science Alliance

With our economy a shambles and our environment threatened, is there any reason to be optimistic about the future? Only New York Times bestselling science writer Matt Ridley would answer this question by looking at the facts about human progress—not just from his lifetime or generation but starting back in the old Stone Age and going right up to and beyond Google.

The Rational Optimist is a trumpet blast against despair. Ridley demonstrates that the world is getting better, and at an accelerating rate: food, income and lifespan are up; disease, child mortality and violence are down – all across the globe. Necessities and luxuries alike are getting cheaper; population growth is slowing down; Africa is following Asia out of poverty; the internet and the mobile phone are enriching people’s lives as never before. The pessimists who dominate public discourse insist that we will soon reach a turning point and things will start to get worse. But they have been saying this for 200 years.

Yet Ridley does more than describe how things are getting better. He shows why; and he explains why human beings are the only creatures that experience prosperity or poverty. The key is trade. Exchange creates an entirely new phenomenon unique to our species: collective intelligence that is capable of far more than any individual brain. The more exchange between people, the greater the collective intelligence, and thus the more innovation. The mutual dependence, trust, and sharing that result are cause for celebration, not despair. Commerce breeds virtue rather than avarice. Self-sufficiency is poverty.

This bold book covers the entire sweep of human history, from the old stone age to the internet, from the stagnation of the Ming empire to the invention of the steam engine, from the population explosion to the likely consequences of climate change. It ends with a confident assertion that, thanks to the ceaseless capacity of the human race for innovative change, and despite inevitable disasters along the way, the twenty-first century will see both human prosperity and natural biodiversity greatly improved.

Ridley builds his argument on the work of Adam Smith and Charles Darwin to trace the evolution of human society through natural selection among ideas rather than genes, and from exchange that stimulates innovation from the bottom up instead of from top-down institutions. If the past is any guide, today’s era of increasing connectivity amongst people forecasts unprecedented progress ahead. Ridley tackles some of today’s most pressing modern problems from the credit crunch to dwindling energy resources to globalization, to find that we’ve seen it all before—and through innovation--have bounced back every time.

Novelist Ian McEwan has said of Ridley's new publication, "I know of no other book which has argued with such brilliance and historical breadth against the automatic pessimism that prevails in intellectual life. Where history, philosophy, economics and biology meet, Matt Ridley has made his own rich territory and he is its own enthralling guide. The terrain may be unfamiliar, even uncomfortable at times, but he is always scintillating company. How wealth—mental as well as material—evolves and spreads is a fundamental question for our times and The Rational Optimist teems with challenging and original ideas.”

Matt Ridley holds a doctorate in zoology from Oxford and has worked as a zoologist, conservationist, and journalist. He worked as the science editor of The Economist from 1984 to 1987 and was then its Washington correspondent from 1987 to 1989 and American editor from 1990 to 1992. He has written such prize-winning books as The Red Queen, The Origins of Virtue, Genome, Nature via Nurture, and Francis Crick. He has appeared on The Today Show, Newshour, and NPR. He lives in England and is touring the US in May.