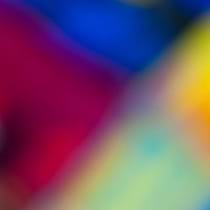 Presented by Science and the City and the National Marfan Foundation

Richard Murray, Vice President, US Regional Medical Affairs at Merck, moderates as world-leading cardiologists and geneticists, Harry Dietz and Ronald Lacro, join the directors and producer of a new 50-minute documentary film about the genetic connective tissue disorder known as Marfan syndrome that affects 1 in 5,000 people. Ben Carpenter, Lead Investor and Advisor at CRT Capital Group, who has Marfan syndrome, will also join the panel. In My Hands, which has won the CINE Golden Eagle and Special Jury awards, was produced by the Tony Award winning director, actor, and choreographer Ann Reinking, whose teenage son is affected by the disorder, and directed by Brenda Siemer and Emma Joan Morris.

Dr. Dietz, a Howard Hughes Medical Institute researcher known for having identified the mutations in the fibrillin-1 gene that cause Marfan syndrome, has said of the film, "In My Hands…masterfully explores a genetic medical condition with a reach that spans from molecules to society, from the factual details to their intimate consequences. While [the film] focuses on Marfan syndrome, the lessons are universal. Having studied and cared for people with Marfan syndrome for 20 years, I thought I knew it all. I was humbled and enriched by watching this extraordinary film."

A panel discussion following the film screening will explore the making of the film, the science of Marfan syndrome, and an ongoing clinical trial of Merck's COZAAR as applied to aortic dilation in Marfan patients.

Richard Murray, MD, is Vice President for US Regional Medical Affairs at Merck. Dr. Murray joined Merck & Co., Inc., in November 1994, where he was a founding member of the Regional Medical Director Program. Over the subsequent 10 years, he assumed increasing responsibility within US Human Health Medical and Scientific Affairs, including head of U.S. Academic and Professional Affairs, and he was promoted to Vice President, External Medical & Scientific Affairs in August of 2007.

Harry Dietz is Victor A. McKusick Professor of Medicine and Genetics Investigator, Howard Hughes Medical Institute, Institute of Genetic Medicine Departments of Pediatrics, Medicine, and Molecular Biology & Genetics, Johns Hopkins University School of Medicine. His lab has a 20-year commitment to the study of genetic determinants of vessel wall homeostasis, with a specific emphasis on Marfan syndrome and related connective tissue disorders. The Dietz lab has created and characterized all of the critical reagents, including many mouse models, that are essential to the performance of this work. Dr. Dietz also runs one of the largest clinics worldwide for the evaluation and management of patients with heritable disorders that include aortic aneurysm as a component feature. This provides a rich source for the collection of patient samples. In combination, this environment is ideal for the training of individuals with an interest in human genetics and cardiovascular disease.

Ronald Lacro is Assistant Professor of Pediatrics, Harvard Medical School, and an Associate in Cardiology at Children's Hospital Boston. He is trained in dysmorphology/clinical genetics as well as pediatric cardiology, and his research interests lie at the intersection of these two disciplines. He is particularly interested in the pathogenesis of congenital cardiovascular malformations and, clinically, on evaluating the management of patients with multiple malformation syndromes such as Williams snydrome and Marfan syndrome and other connective tissue disorders.

Dr. Lacro is co-principal investigator with Dr. Dietz of an NIH-funded, Pediatric Heart Network randomized clinical trial comparing the effects of atenolol and losartan in children and young adults with Marfan syndrome.

Ann Reinking is the Executive Producer/Choreographer of In My Hands. She is a multi-talented actress, singer, and dancer, as well as a Tony-award winning choreographer. After winning a Ford Foundation scholarship to study with the San Francisco School of Ballet, Ms. Reinking went on to Broadway, films, and television, earning numerous accolades for her work including Tony nominations for her leading performance in Dancin’ and as best actress in Goodtime Charley. Her awards include the Theatre World Award and the Clarence Derwent Award for her work as Maggie in Over Here. In 1997, Ms. Reinking won the Tony Award, the Drama Desk Award, the Outer Critics Circle Award, and the Astaire Award for her choreography for the ENCORES production of Chicago. In 1999, Fosse, which Ann directed and co-choreographed, won a Tony award for best musical.

Brenda Siemer Scheider, Producer/Co-director of In My Hands, was Producer and Co-director of Is it Really Me?, a documentary on young women coming of age. She wrote and produced the award-winning documentary, I Know a Song, on her mother’s journey with Alzheimer's Disease which aired internationally, on PBS and the Learning Channel. A finalist at the American Film & Video Festival in 1988, it won first prize in geriatrics from The American Journal of Nursing Media Festival.

Is it Really Me? has played in the Avignon Film Festival, the Hamptons International Film Festival, The North Carolina School for the Arts River Run Film Festival and the Santa Fe Film Festival. At the 2005 Durango Film Festival it won a Jury Commendation for Documentaries. In 2003 it was awarded a CINE Golden Eagle Award. Ms. Siemer was married to Roy Scheider for 24 years until his death in 2008. They have two children, Christian and Molly. In 1996 she was a co-founder of the Hayground School, a multicultural elementary school in Bridgehampton, NY.

Emma Joan Morris is Producer/Co-Director/Managing Editor of In My Hands. She is an Emmy Award winning producer/director/editor whose work includes the feature documentary Something Within Me, winner of the Audience Award, Film Makers Trophy, and a Special Grand Jury Award at the Sundance Film Festival. She has recently completed the editing of Shut-Up and Sing, a feature documentary on the music and politics of the Dixie Chicks. Her other editing credits include the Academy Award winning documentary Close Harmony, and A Stitch for Time, which received an Academy Award nomination. She has edited films for all of the major networks including HBO, PBS, A&E, CBS, ABC, NBC, and Discovery Channel.

In Search of China, her 90-minute special on the effects of the market economy on China aired nationally on PBS in 2000. She also produced and directed Paving The Way, a 60-minute documentary for WNET on working women in the 1950’s. Voices of Sarafina!, which she co-directed and edited with Nigel Noble, earned her an Emmy. Her other awards include: Sundance Audience Award, Sundance Filmmakers Trophy, Special Sundance Jury Award, News and Documentary Emmy Award, Christopher Award, Cine Golden Eagle, Golden Apple Award and the IDA Distinguished Documentary Achievement Award.

Ben Carpenter has been Lead Investor and Advisor at CRT Capital Group LLC in Stamford, CT, since June 2009. Previously, he was Co-Chief Executive Officer and Co-President of RBS for seven years. Prior to 2007, Mr. Carpenter was Chief Operating Officer of RBS with responsibility for FCM Sales and Floor Operations, U.S. Primary Dealership Sales and Trading, Proprietary Trading, and the Financing Desk. Prior to his 20-year career at RBS, Mr. Carpenter was employed by Morgan Stanley, and began his finance career working at Bankers Trust.

Mr. Carpenter's life was saved by doctors 15 years ago at Greenwich Hospital and Yale New Haven Medical Center after they recognized that he had Marfan syndrome and was suffering from an aortic dissection. He is a long-time supporter of the National Marfan Foundation, and has funded their Emergency Medical Campaign.