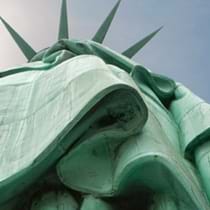 Presented by The LEVIN Institute, The New York Academy of Sciences, and The Alfred P. Sloan Foundation

How do New York City’s public services measure up? Join this discussion to examine:

This is the fourth event in the Innovate New York series of panel discussions that explores why New York City is not widely known as a hub of innovation, despite its acknowledged leadership in many fields. Examining the role of innovation across fields from finance to arts and culture, this series convenes leaders in science, technology, finance, and business with the public to discuss New York's strengths, opportunities, and challenges.

Innovate New York is a partnership of The LEVIN Institute and the New York Academy of Sciences, and is sponsored by the Alfred P. Sloan Foundation.

Anne Altman was appointed General Manager, IBM Global Public Sector, in August 2009. She is responsible for the strategy, direction, development of solutions, and sales for the public sector worldwide, including government, education, health care, life sciences and pharmaceutical industries. The Global Public Sector is playing a key role in IBM’s smarter planet strategy and global economic stimulus initiatives and was singled out recently in a front-page Wall Street Journal article as IBM’s strongest business in 2009.

Since joining IBM in 1981 as a systems engineer supporting the Federal Bureau of Investigation, Altman has held a series of increasingly responsible positions in software, global hardware and software sales, operations, technology development, marketing and consulting. Known as a transformational leader and strategist, she became the managing director of IBM’s Federal Group in January, 2000. She led a major effort to invest resources and align IBM’s broad range of capabilities in technology, research, services, security and consulting to better serve the growing information technology needs of U.S. government agencies. As a result, IBM has played – and continues to play – a leading role in the data transformation and modernization of major agencies, including the Department of Homeland Security, Department of Defense and civilian agencies such as the Department of Health and Human Services and the Department of Education. During her tenure (2000 – 2007), IBM Federal grew to a 5,000-employee division that now provides technology, software, hardware and services that are used in more than 90 percent of US government agencies.

From 2007 to August, 2009, Altman was the general manager of the IBM System z platform in IBM's Systems and Technology Group, responsible for one of the most important and critical systems in the evolution of information technology in the world today – from the “greening” of IT infrastructures to “cloud computing” which is transforming how governments, financial institutions, educational enterprises, healthcare groups and other organizations are serving clients. In addition to her role as GM of the Global Public Sector, Altman is also a member of IBM's Performance Team and IBM’s Integration and Values Team.

NYC Department of Technology and Telecommunications

Joe Morrisroe leads the largest municipal customer service delivery operation in the nation. As Executive Director for New York City’s two primary customer-facing channels - the 311 customer service center and NYC.gov the City’s website - Mr. Morrisroe is responsible for ensuring 8.3 million residents and thousands of businesses, as well as millions more commuters and visitors have easy and direct access to services, information, and assistance provided by the City.

A veteran of the consumer marketing and contact center operations industry, Mr. Morrisroe has lead efforts to expand service delivery while enhancing the overall customer experience in both channels since joining the City’s Department of Information Technology and Telecommunications (DoITT) in June, 2006. He leads an organization of over 500 employees comprised of senior level directors, project managers, trainers, and analysts; as well as front-line customer service personnel. Together all deliver on the promise of “customer service is public service in action”.

Mr. Morrisroe has a proven record of leading organizations in delivery of outstanding customer service combined with achieving employee satisfaction in both traditional corporate as well as start-up environments. He spent 17 years at AT&T moving from entry-level service rep to ultimately Vice President for Customer Operations in the Wireless division; spent two years building contact centers for a private communication services start-up in New York City and Santo Domingo, RD; and prior to joining the City of New York successfully lead acquisition and retention programs for The New York Times Company. With experience earned on the front-lines through Executive levels, Mr. Morrisroe combines a clear understanding of customer needs with an ability to build employee programs and leverage technology and tools to deliver outstanding quality service.

Dr. Amanda Parsons oversees all PCIP activities. This includes making sure the physicians are well-prepared for success with an EHR, working with vendors to develop and improve the technology, and advocating for policies that reward quality healthcare. Dr. Parsons set ambitious goals for the project under her leadership, including not just expanding health IT across New York City, but also ensuring that physicians use the systems to improve health outcomes in key public health areas.

In her previous position as PCIP Director of Medical Quality she was responsible for creating and leading the Quality Improvement, Billing Consulting and EMR Consulting teams deployed to PCIP’s small practice physicians.

Prior to joining PCIP, Dr. Parsons spent 4 years at McKinsey & Company, ultimately as an Engagement Manager serving clients in the Pharmaceutical & Medical Products and Global Public Health sectors. She serves on the Board of Directors of VIP Community Service in the Bronx, and is on the Advisory Board of the Touch Foundation.