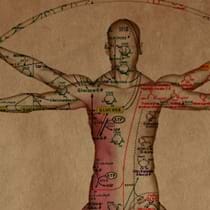 All cells rely on metabolism to transform chemicals for the production of energy and the biosynthesis of cellular materials. Defects in metabolism have been known to be associated with several human diseases, including cancer (the Warburg effect) and diabetes. Understanding the regulation of metabolism offers exciting opportunities to treat human diseases. This meeting aims to bring together chemists and biologists working in this area to discuss recent progress, to inspire new ideas, and to foster possible collaborations.

Dr. Muoio earned a Ph.D. in nutritional biochemistry at the University of North Carolina working in the lipid enzymology laboratory of Dr. Rosalind Coleman. Her post-doctoral training centered on metabolic disease and exercise physiology in the laboratories of Dr. Lynis Dohm at East Carolina University and Drs. William Kraus and Chris Newgard at Duke University. She was subsequently recruited to join the faculty of the Stedman Nutrition and Metabolism Center at Duke University, where she now holds an appointment as Associate Professor in the Departments of Medicine and Pharmacology and Cancer Biology.

Dr. Muoio’s laboratory investigates mechanisms of metabolic regulation in skeletal muscle, with emphasis on molecular events that link overnutrition and physical inactivity to the development of insulin resistance. Her program features a multidisciplinary approach that combines integrative physiology and intermediary metabolism with cellular and molecular biochemistry, using model systems that range from primary human myocytes to genetically engineered mice. Recent studies by her research team have employed mass spectrometry-based metabolomics as a tool to understand the interplay between mitochondrial energetics and insulin action. Emergent findings from this work suggest that obesity-associated glucose intolerance stems from excessive β-oxidation and lipid-induced mitochondrial stress. Ongoing studies seek to identify signaling mechanisms that mediate crosstalk between muscle mitochondria and glucose regulatory pathways, with the goal of realizing new therapeutic opportunities for treating metabolic diseases. Three main project areas of her laboratory include: 1) mechanisms that link lipid oversupply to mitochondrial malfunction and insulin resistance in skeletal muscle, 2) mechanisms through which exercise enhances mitochondrial function, lipid tolerance and insulin sensitivity, and 3) translational studies to examine the impact of diet and/or exercise interventions on metabolic regulation and mitochondrial function in human skeletal muscle.

Dr. William R. Roush, a native of Chula Vista, CA, received the Bachelors Degree in Chemistry, Summa Cum Laude, from the University of California at Los Angeles in 1974, and a PhD in Chemistry from Harvard University in 1977 under the direction of Professor R. B. Woodward. After an additional year as a postdoctoral associate in Woodward's laboratory, he joined the Massachusetts Institute of Technology as Assistant Professor. He moved to Indiana University in 1987, and was promoted to the rank of Professor in 1989 and Distinguished Professor in 1995. In 1997 he moved to the University of Michigan as the Warner Lambert/Parke Davis Professor of Chemistry. He moved to the new Scripps Research Institute in Jupiter, Florida, as Professor of Chemistry, Executive Director of Medicinal Chemistry, and Associate Dean of Scripps’ Kellogg Graduate School in 2005.

Dr. Roush's research interests focus on the stereocontrolled synthesis of stereochemically complex natural products, and on the design and development of new reactions and synthetic methods. He is known for his stereochemical studies and synthetic applications of the intramolecular Diels-Alder reaction and his work in the area of asymmetric and acyclic diastereoselective synthesis, specifically the use of tartrate ester modified allylboronates and other allylmetal compounds for the aldol-like construction of propionate-derived systems. He has also made important contributions the synthesis of deoxyglycosides and polyhydroxylated natural products (his total synthesis of olivomycin A is particularly noteworthy), and to the design and synthesis of inhibitors of cysteine proteases targeting important human pathogens (e.g., Trypanosoma, Plasmodium and Entamoeba species). Since moving to Scripps Florida, his program in chemical biology and medicinal chemistry has expanded to include research on the development of inhibitors of kinases, inhibitors of certain epigenetic targets, inhibitors and activators of nuclear receptors, and small molecule inhibitors of carboxylic acid transporters as potential therapeutic agents.

Obtained bachelor’s degree in Biology from Cornell University in 1993. Did Ph.D studies in the Center for Cancer Research at the Massachusetts Institute of Technology (MIT) working in the laboratory of Dr. Tyler Jacks on the neurofibromatosis type 2 tumor suppressor. In 1999, began his postdoctoral fellowship at Harvard Medical School with Dr. Lewis Cantley where he began working on the LKB1 tumor suppressor and identified AMPK as a key substrate of LKB1, and subsequently connected AMPK to the mTOR signaling pathway. Subsequent studies showed that LKB1 is the key kinase for AMPK in metabolic tissues as well and that LKB1 function is required in liver for the therapeutic effect of the widely used diabetes therapeutic metformin. In January of 2006, started as an assistant professor at the Salk Institute. Dr. Shaw has won a number of young investigator awards including being an American Cancer Society Scholar, a recipient of the Jimmy V Cancer Foundation award, and an American Diabetes Association Junior Faculty Award. In October 2009, he was named a Howard Hughes Early Career Scientist.

The serine/threonine kinase LKB1 is a tumor suppressor gene mutated in the familial cancer condition Peutz-Jeghers syndrome (PJS), as well as in 30% of sporadic non small cell lung cancer (NSCLC). One of the critical substrates of LKB1 is the AMP-activated protein kinase (AMPK). AMPK is a highly conserved sensor of cellular energy status found in all eukaryotic cells which reprograms metabolism and suppresses cell growth upon its activation. Consistent with playing key roles in tumor suppression and metabolic control, loss of function of LKB1 in genetically engineered mice leads to tumor formation or metabolic disease depending on the tissue deletion is induced in. In addition, utilizing liver-specific LKB1 knockout mice, we demonstrated that the widely used type 2 diabetes therapeutic metformin acts to lower blood glucose through the LKB1-AMPK pathway in liver. To try to further understand the molecular bases behinds these profound anti-cancer and anti-diabetes effects, we have sought to identify new components of the LKB1 and AMPK pathway. As one arm of that effort, using a proteomic and bioinformatics approach, we have performed a screen to identify novel AMPK substrates which mediate its effects on cell growth and metabolism. One of the first new substrates we identified was the mTOR-binding subunit raptor, which we demonstrated as a critical substrate of AMPK mediating its effects on growth control. AMPK directly phosphorylates the mTOR binding partner raptor on two serine residues that are conserved throughout eukaryotes, and this phosphorylation induces 14-3-3 binding to raptor. Phosphorylation of raptor by AMPK is required for the inhibition of mTORC1 and for cell cycle arrest following energy stress. These findings uncover a novel conserved effector of AMPK that mediates its role as a metabolic checkpoint coordinating cell growth with energy status. More recently, we have also characterized novel substrates of AMPK involved in its transcriptional control of glucose metabolism, which relate to the ability of this pathway to control type 2 diabetes, which will be discussed.

Recent studies on the development of highly selective and potent inhibitors of Wee-1 degradation and of inhibitors of the monocarboxylate transporter-1 (lactate transporter) are will be described. The proof of principle small molecules that we have developed against these targets show promise in several therapeutic areas.

Application of targeted metabolic profiling tools has led to our finding that both diet-induced and genetic forms of insulin resistance are accompanied by high rates of “incomplete” fat oxidation, intramuscular accumulation of acylcarnitines (byproducts of incomplete substrate oxidation), impaired switching to carbohydrate substrate during the fasted to fed transition, and moderate depletion of free carnitine and several TCA cycle intermediates. These perturbations and the accompanying glucose intolerance are reversed by exercise training and prevented by pharmacological and genetic maneuvers that limit fatty acid import into mitochondria. The role of lipid-induced mitochondrial stress as a potential cause of insulin resistance will be discussed.