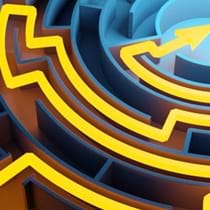 You have a patentable idea and think there is a large market for this technology; now you must be able to navigate the university tech transfer or tech commercialization office. David Anthony, venture capitalist, who has licensed over a dozen patents from universities and research labs across the world, will lead a discussion on the complex, and often frustrating, process of technology transfer. This session aims to educate academic researchers on the role of the tech transfer office in the commercialization process and highlight some of the challenges encountered by both scientists and tech transfer officers in order to enhance the communication between these two groups. Local tech transfer officers will contribute to the discussion.

Register now for all 4 workshops in the series and save 20%.

These events will also be broadcast as webinars. You may purchase all four events (onsite or webinar) at a discount or register only for the individual events you are interested in.

Please note if you register for all four events, you must either attend all onsite or all as webinars.

Please note:
Transmission of presentations via the webinar is subject to individual consent by the speakers. Therefore, we cannot guarantee that every speaker's presentation will be broadcast in full via the webinar. To access all speakers' presentations in full, we invite you to attend the live event in New York City where possible.

Previously, Mr. Anthony collaborated with Dartmouth College professor Dr. John K. Shank and consulted for Fortune 500 clients on capital investments, mergers and acquisitions, and entrepreneurship. In addition David is an adjunct professor at the NYU Stern School of business where he began teaching technology entrepreneurship in the Fall of 2009. David has taught Idea to IPO at The Academy since 2004.

Andrew is currently Manager, New Venture Development in the Office of Industrial Liaison/Technology Transfer at NYU.  His responsibilities include due diligence for the patentability and commercial potential of early stage technologies in the life sciences, along with marketing and licensing such technologies and intellectual property strategies.  He has been involved in the formation of several new companies that focus on the development and commercialization of innovative medical technologies.

Andrew began his career in biotechnology as a scientist at Unigene Laboratories, a small, contract research based biotechnology company that went through the IPO process during his tenure. He then moved on to Ortho Diagnostic Systems where he was involved in the collaboration between Johnson& Johnson and Enzo Biochem to develop DNA based diagnostics.  Continuing in this field, he then went to Hoffman La Roche to become one of the first members of a new division, formed to develop and commercialize the PCR technology that had been purchased by Roche for more than $350 million.  As a project manager, he brought numerous products through the FDA approval process and into the marketplace.  Andrew then joined the merchant investment banking and strategic advisory group of Beroff Associates as Managing Director of Biomedical and Biotechnology Industries.

Andrew earned a B.S. in Biology from SUNY Binghamton and an M.S. in molecular biology with a graduate minor in business from the Stillman School of Business at Seton Hall University.

For sponsorship opportunities please contact Monica Kerr at mkerr@nyas.org or 212.298.8612.