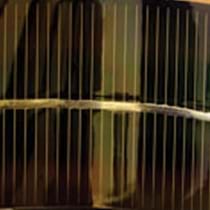 Currently, only 0.5% of the world’s energy is provided by solar energy. To meet the increasing demand for renewable sources of energy, new technologies to harness solar energy need to be adopted. This symposium, hosted by the Soft Materials Discussion Group, will highlight advanced materials for solar energy conversion devices. Examples of new and emerging photovoltaic materials to be presented include organic semiconductors, novel proteins and polymers.

Professor Forrest received his BA in Physics in 1972 from the University of California, his MSc and PhD in Physics in 1974 and 1979 from the University of Michigan. First at Bell Labs, he investigated photodetectors for optical communications. In 1985, Professor Forrest joined the Electrical Engineering and Materials Science Departments at USC where he worked on optoelectronic integrated circuits, and organic semiconductors. In 1992, Professor Forrest became the James S. McDonnell Distinguished University Professor of Electrical Engineering at Princeton University. He served as director of the National Center for Integrated Photonic Technology, and as Director of Princeton's Center for Photonics and Optoelectronic Materials (POEM). From 1997-2001, he served as the Chair of the Princeton’s Electrical Engineering Department. In 2006, he rejoined the University of Michigan as Vice President for Research, and as the William Gould Dow Collegiate Professor in Electrical Engineering, Materials Science and Engineering, and Physics. A Fellow of the IEEE and OSA and a member of the National Academy of Engineering, he received the IEEE/LEOS Distinguished Lecturer Award in 1996-97, and in 1998 he was co-recipient of the IPO National Distinguished Inventor Award as well as the Thomas Alva Edison Award for innovations in organic LEDs. In 1999, Professor Forrest received the MRS Medal for work on organic thin films. In 2001, he was awarded the IEEE/LEOS William Streifer Scientific Achievement Award for advances made on photodetectors for optical communications systems. In 2006 he received the Jan Rajchman Prize from the Society for Information Display for invention of phosphorescent OLEDs, and is the recipient of the 2007 IEEE Daniel Nobel Award for innovations in OLEDs. Prof. Forrest has authored ~440 papers in refereed journals, and has 185 patents. He is co-founder or founding participant in several companies, including Sensors Unlimited, Epitaxx, Inc., Global Photonic Energy Corp., Universal Display Corp. (NASDAQ: PANL) and ASIP, Inc. He serves on the Board of Directors of Applied Materials (NASDAQ: AMAT)

Gilles Dennler received his engineer degree in Solid State Physics and his master degree in Semiconductor Physics at the National Institute for Applied Sciences (INSA), Lyon, France in 1999. He obtained a first PhD in Plasma Physics at the University of Toulouse, France, and a second one in Experimental Physics at Ecole Polytechnique of Montréal, Canada. In 2003, he moved to the Linz Institute for Organic Solar Cells (Austria) directed by Professor N. S. Sariciftci, where he was appointed Assistant Professor. He joined Konarka in September 2006, where he currently operates as Director of Research.

Athanasios Bourtsalas started his MS-PhD work in Earth and Environmental Engineering at Columbia University in September 2008. He graduated from the University of Patras, Greece, with a BSc degree in Electrical and Computer Engineering (5-years degree, 72 courses). As a graduate student, Athanasios is a Junior Researcher in the Center of Life Cycle Analysis. His research interests include: Renewable Energy Resources, in particular photovoltaics and wind power; Health hazards related to nanotechnology; Life Cycle Analysis.

The systemic analysis of photosynthesis led in the late 1980s to the bioinspired concept of ‘integrated modular assembly’ as a simple basis for constructing molecular devices, fashioned of any nanoscale material capable of holding the active elements at fixed distances, which can transform photonic energy into vectorial electron transfer. We describe our efforts in the de novo design of phthalocyanine-based charge separation protein domains which can be modularly attached via molecular Lego to other designed or natural protein domains and act as centers for light activated electron extraction and/or injection. We are coupling these materials to novel metamaterial electrodes which hold great promise as solid-state light harvesting and distribution materials in multi-junction biofuel-generating solar energy nanodevices.

The growing demand for clean energy has sparked immense research in renewable energy technologies ranging from geothermal to wind energy. Renewable energy comes in many forms and has a wide range of application; for small scale residential needs solar power technologies have great potential. The use of photovoltaic panels as energy collection devices is growing and it is predicted that this trend will continue in the future. Especially promising, in terms of efficiency and affordability in a competitive world, maybe thin-film technologies in PV manufacturing. In this talk the economic feasibility, the resource availability, the environmental impact and the recycling capability of thin-film technologies will be discussed.

In this talk we will look at several promising approaches to creating nanoscale morphology in small molecular weight thin films. Moving from the conventional vacuum deposited CuPc/C60 based system, we will examine a number of different routes to creating nanostructures based on new materials such as squaraines, carbon nanotubes and subphtalocyanine. Combinations of solution and vapor phase growth (by both oblique incidence vacuum thermal evaporation and organic vapor phase deposition) will be discussed. Routes to demonstrating very high efficiency single junction and tandem architectures with these materials and growth combinations are considered.

Future Challenges for the Industry of Organic Photovoltaics

Since the discovery of the ultrafast photoinduced electron transfer from a conjugated polymer to a C60 molecule, the scientific field of Organic Photovoltaics (OPV) has been growing exponentially. In 2009, the first products developed by Konarka have entered the market place. These photovoltaic modules, produced with a high speed, low temperature, roll-to-roll machine, onto a flexible, light weight polymeric substrate, offer completely new ways of utilizing the sun energy. Efficiencies higher than 6 % and lifetimes longer than 5 years have been recently shown. But the OPV technology has to increase further its performances to enter new applications. During this talk, we will present some of the important scientific challenges, and discuss them within an industrial perspective.