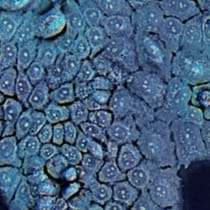 Presented by MedImmune and The New York Academy of Sciences

Translational Science encompasses a broad spectrum of biomedical research disciplines, driving the implementation of scientific knowledge and new techniques into practical clinical applications that benefit human health. This approach to clinical research aims to catalyze a reliable translation of fundamental aspects of the biology of human health and disease into new and more effective modes of disease prevention and treatment by actively fostering a bidirectional flow of information between the research bench and the patient’s bedside: basic scientists provide clinicians with new therapeutic tools, and clinical assessment of disease translates back into new basic research investigations.

This November, MedImmune and the New York Academy of Sciences are co-hosting a press forum to explore the critical role of Translational Science to future therapeutic breakthroughs and to the personalization of medicine (with a focus in oncology, but also including other disciplines such as inflammatory or cardiovascular disease).

Moderated by Emmy award-wining health reporter Rea Blakey, the forum, available as both a live event and webinar, will feature a panel of 7 expert leaders in translational and clinical research (6 panelists and one moderator) from government, regulatory agencies, academia, and industry, and will be followed by an extensive Q&A period during which members of the press will be able to pose questions to the panelists (onsite and remotely). The event will conclude with a networking lunch and additional time for on-site interviews with panelists, as required.

The main goal of this forum is to inform lay and specialized press outlets of the meaning, challenges, and promises of translational science in fostering cross-disciplinary approaches to improved patient care. Attendees will be press only and include trade media (press and TV), science writers, editors from scientific journals, scientific bloggers, and consumer-focused media covering indications such as cancer, inflammation or cardiovascular disease.

The forum will address the following topics:

• Overview of Translational Science: past, present, and future.

• Resources required to foster the formation of well-trained teams of inter- and multi-disciplinary investigators (clinicians and researchers) and collaborations among multiple institutions.

• Development and/or implementation of innovative research tools and technology platforms transferable to the clinic and usable in man (preclinical in vitro, in vivo, and clinical pharmacology; transgenic animal models; genetics, genomics, proteomics, and metabonomics; pharmacokinetic and pharmacodynamic; structural biology; histopathology; imaging, biomarkers, and other diagnostic tools).

• Strategies to foster a more efficient transfer of scientific discoveries from academia to industry, and from there to the clinic.

• Improvements in the policies and practices of regulations underlying drug development and approval, and healthcare delivery.

• Role of the patient in translational and clinical research.

Rea Blakey is host of “Discovery Channel CME". The national TV program airs on the Discovery Channel and is available in 100 million US households. The show targets physicians and other health professionals primarily. Rea is a former CNN Medical Correspondent is also a media consultant to countless nationally known brands and public figures.

Discovery Channel CME is also available to the all cable TV viewers interested in learning the latest cutting edge information about clinical medical issues. Rea also works as a professional media consultant specializing in creatively, strategically, and successfully developing and implementing media based messaging and programming.

Throughout her multiple Emmy and Telly winning career, Rea has worked with countless national figures, medical, and advocacy organizations and private and government entities either as a journalist, media coach or consultant. While at CNN’s Washington bureau, Rea was an award winning Medical Correspondent. Prior to joining CNN, Rea spent 13 years at Washington, DC's ABC affiliate as an award winning health producer, reporter and news anchor.

As a member of the media, Rea has testified before a healthcare subcommittee of the US House of Representatives, served on numerous journalistic panels to improve public understanding of a variety of issues, including human aging, HIV-AIDS, a wide array of health and medical concerns. One year Rea was the only Washington TV journalist invited to Japan by an international leadership development group. She was a 1995 recipient of a Kaiser Foundation mini-fellowship to research complementary medicine. Her determined spirit resulted in a unique award winning series of TV news reports on business outreach efforts in China long before the giant nation opened its doors to the world.

Rea has served as a speaker, host or panelist for several Fortune 500 companies, the Pan American Health Organization, U.S. Department of Agriculture, American Association for World Health Organizations, U.S. Administration on Aging and Alliance for Aging Research, among others.

Barbara M. Alving is the Director of the National Center for Research Resources (NCRR) at the National Institutes of Health. NCRR oversees the Clinical and Translational Science Awards Program, which funds a consortium of up to 60 academic health centers to work together to develop increased efficiency and speed for translating basic discoveries into treatments and prevention strategies for patients and for the population. Dr. Alving earned her medical degree cum laude from Georgetown University School of Medicine, where she also completed an internship in internal medicine. She received her residency training in internal medicine at the Johns Hopkins University Hospital, followed by a fellowship in hematology. Dr. Alving then became a research investigator in the Division of Blood and Blood Products at the Food and Drug Administration. In 1980, she joined the Department of Hematology at the Walter Reed Army Institute of Research and became Chief of the Department in 1992. She left the Army at the rank of Colonel in 1996 to become the Director of the Medical Oncology/Hematology section at Washington Hospital Center in Washington, D.C. In 1999, she joined the National Heart, Lung, and Blood Institute (NHLBI), serving as the Director of the extramural Division of Blood Diseases and Resources until becoming the Deputy Director of the Institute in September 2001. From September 2003 until February 1, 2005, she served as the Acting Director of NHLBI. In March 2005 she became the Acting Director of NCRR and was named Director in April 2007.

Dr. Alving is a Professor of Medicine at the Uniformed Services University of the Health Sciences in Bethesda, a Master in the American College of Physicians, a former member of the subcommittee on Hematology of the American Board of Internal Medicine, and a previous member of the FDA Blood Products Advisory Committee. She is a co-inventor on two patents, has edited three books, and has published more than 100 papers in the areas of thrombosis and hemostasis.

ShaAvhrée Buckman, MD, PhD, FAAP is the Director of the Office of Translational Sciences (OTS), Center for Drug Evaluation and Research (CDER), U.S. Food and Drug Administration. OTS is comprised of the Office of Biostatistics, Office of Clinical Pharmacology, and provides oversight to CDER research involving human subjects as well as CDER regulatory science research. OTS is responsible for providing coordination for Critical Path initiatives across CDER in partnership with individual CDER offices. Prior to serving as Director of OTS, Dr. Buckman served as Deputy Director for OTS and as medical team leader in the Division of Pediatric Drug Development, Office of Counter Terrorism and Pediatric Drug Development, CDER. Dr. Buckman received her MD and PhD degrees with an emphasis on molecular cell biology from Washington University School of Medicine. Dr. Buckman completed Pediatric specialty training at Baylor College of Medicine. She is a board-certified Pediatrician, who has had a career-long interest in medications for children.

Garret A. FitzGerald, MD, is the McNeil Professor in Translational Medicine and Therapeutics at the University of Pennsylvania in Philadelphia, where he chairs the Department of Pharmacology and directs the Institute for Translational Medicine and Therapeutics (www.itmat.upenn.edu). His work is focused on the translational therapeutics of the arachidonic acid cascade and the role of peripheral molecular clocks in metabolic and cardiovascular function. ITMAT has grown to over 800 members and supports research programs, faculty recruitment, education and infrastructural developments relevant to translational research. Dr. FitzGerald also serves as Chair of the Department of Pharmacology at Penn. The Department ranks #1 in NIH funding in the US and supports a Graduate Group with roughly 90 students. Dr. FitzGerald serves on the Peer Review Advisory Committee of the NIH, the Science Board of the FDA and the Drug Forum of the Institute of Medicine.

Research and Development-Translational Sciences at MedImmune, the biologics unit of AstraZeneca.

Dr. Laura Richman was named Vice President, R&D-Translational Sciences in December, 2009 and has oversight over translational activities for programs in oncology, respiratory, inflammation, autoimmunity and infectious diseases. Prior to this appointment, she was Head Pathologist for the research department. In this role, she was responsible for directing the experimental pathology group, as well as for designing and interpreting research-based pathologic studies for safe drugs intended for human use.

Prior to joining MedImmune in December 2002, Dr. Richman was a post-doctoral fellow at Johns Hopkins School of Medicine where she was working in the viral oncology group. She has been recognized for her leadership and scientific investigations by receiving the Chairman’s Award from MedImmune and the Mette Strand Award for outstanding research contributions to Medicine and Pharmacology from Johns Hopkins School of Medicine.

Dr. Richman, a board-certified veterinary pathologist, received her Veterinary Medical Degree from the University of Wisconsin, her PhD from Johns Hopkins School of Medicine, and her Bachelor of Science degree in Zoology from University of California at Davis.

Dr. Orla Smith is the Managing Editor of Science's new journal Science Translational Medicine. She has a Ph.D. in Biochemistry from the Royal Free Hospital School of Medicine, University of London, and did postdoctoral work on the cell and molecular biology of stem cells at the Johns Hopkins Medical Institutions in Baltimore, Maryland. She began her career in scientific publishing as News and Views Editor at the journal Nature Medicine. She then moved to Science as Biology Perspectives Editor, where she also reviewed and edited research manuscripts on neurodegenerative diseases. Orla then joined Cell as the founding Editor of the Leading Edge section with responsibility for all review and opinion content, the popular SnapShot format and the Cell podcast.