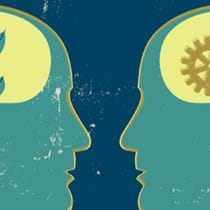 Climate change has become one of the most visible phenomena in the world today, recognized through the changes occurring to physical climates, natural and managed environments and social organizations, and also through deliberations about ethical responsibility and public policy.

This special event will explore the topic of climate change from diverse disciplinary perspectives, illustrating that this phenomenon is not simply a scientific problem, but a social and economic one as well and that the development of solutions is likely to require interdisciplinary partnerships. David Rind of NASA/GISS will discuss his research using climate models to predict future impacts; Steve Rose of EPRI will speak about the economic impacts of climate change; Lauren Chambliss of Cornell will share her experiences communicating environmental issues to policy makers; and finally the speakers will participate in a moderated discussion about how their disciplines must come together to address and illuminate the problem of global climate change.

Wiley Interdisciplinary Reviews: Climate Change offers a unique platform for exploring current and emerging knowledge from the many disciplines that contribute to our understanding of climate change - environmental history, the humanities, physical and life sciences, social sciences, engineering and economics. This publication has been developed in association with the Royal Meteorological Society and the Royal Geographical Society (with IBG) in the UK and provides an important new encyclopedic reference for climate change scholarship and research. It also acts as a forum for gaining a wider set of perspectives about how climate change is understood, analyzed and contested around the world.

The economics of climate change: an editorial essay
Gary Yohe

Ms. Andrus is an editor at John Wiley & Sons, working with titles in the award-winning Wiley Interdisciplinary Reviews (WIREs) program. In particular, she manages WIREs Climate Change, a flagship journal in the series; launched in 2009, it is already a highly regarded encyclopedic resource for reviews contributed by top experts in climate change research, covering the disciplinary spectrum from geophysical and life sciences to social sciences.

Lauren Chambliss is the Assistant Director for the Cornell University Agricultural Experiment Station and a senior extension associate with the Department of Communication. A former prize-winning journalist in Washington, DC, Lauren’s passion is to change the human relationship with the natural world and support what modern-day philosophers are calling the “great turning;” this time in human history that provides unparalleled opportunity and risk. Effective communication with policy makers and decision leaders is key to that effort. In addition to communicating the science about climate change and the environment, Lauren currently heads up an energy conservation project for the College of Agriculture and Life Sciences to encourage behavioral change in the work place by leveraging the internet and social networks to promote sustainable behavior.

David Rind is Emeritus at NASA/GISS, with research emphasis on climate change and climate modeling. Author on IPCC 2007 Working Group 1, "The Science of Climate Change".

Steven Rose is a Senior Research Economist in EPRI’s Global Climate Change Research Group. Steve’s research focuses on long-run modeling of climate change drivers, mitigation, and potential risks, as well as the economics of land-use, agriculture and forestry abatement, and bioenergy as they relate to domestic and international climate change and energy policy. Steve recently published a book on the economic analysis of global land-use in climate change policy. He was and is a lead author for the IPCC’s Fourth and Fifth Assessment Reports respectively, as well as for the IPCC’s recent report on the development of new climate scenarios. In addition, Steve chairs the land modeling subgroup of Stanford University’s Energy Modeling Forum (EMF) and was recently appointed to the federal government’s U.S. Carbon Cycle Science Program Carbon Cycle Scientific Steering Group. Before joining EPRI in October 2008, Steve served as a senior research economist on climate change at the U.S. Environmental Protection Agency. In this role he was a senior technical advisor to domestic policy-making and international negotiations and was actively engaged in research as well as scientific assessments. Steve received his Bachelor of Arts degree in economics from the University of Wisconsin-Madison and his doctorate from Cornell University in environment and natural resource economics.

For sponsorship opportunities please contact Michel Wahome at mwahome@nyas.org or 212.298.8628.

Current climate changes and future projections are reviewed, with the goal of emphasizing what is known and what is still uncertain. Climate aspects discussed are those most likely to impact society.

The Economics of Climate Change

Human decisions are a fundamental component of observed and future climate change. Understanding economic behavior is therefore valuable for assessing and managing the risks of climate change. As a discipline, economics offers a means of characterizing the global interactions between human and atmospheric, ocean, and terrestrial systems that facilitates identification of climate policy alternatives and trade-offs. The speaker will discuss how economics applies to climate change and informs science and policy using examples of contributions and insights from the economics community and his own research.

Believe It! Communicating Science to a Skeptical World

There is a raging debate about which is worse — the fact that only half of Americans believe climate change is real and caused by humans — or that it has become such a political “third rail” that Obama Administration has backed off a once-ambitious agenda. In 1997, the percentage of Republicans and Democrats who believed in climate change was nearly the same. But now the political divide is enormous: 66% percent of Democrats think global warming is already occurring, but only 31 percent of Republicans do. Among the GOP members in the House of Representatives, only four have publicly said they believe the science. Communicating climate-related science in this atmosphere is a challenge. The current approach — talking about climate change as a “doomsday” environmental problem that can be solved with science-based solutions — alienates the public and plays into the politicization of the issue. A new approach that captures the hearts and minds is needed. Lauren will discuss novel strategies for communicating about climate change for scientists and citizens who care.