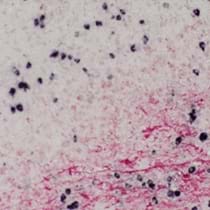 Presented by the New York Academy of Sciences

Multiple Sclerosis (MS) causes cognitive deficits in approximately half of all patients including difficulty with memory, attention, executive functioning, visuospatial ability, and verbal fluency. These cognitive deficits are difficult to diagnose and often go unreported by patients, despite well-documented negative impacts on quality of life. At present, the mechanisms causing cognitive dysfunction in MS are poorly understood. This 2.5-day conference will convene physicians, neurologists, clinical neuropsychologists, cellular and molecular biologists, and patient advocates to discuss current challenges and potential solutions for improving diagnosis, treatment and management of the cognitive symptoms of MS. Plenary sessions will cover neurobiological understanding of the lesions leading to cognitive impairment in MS, improved diagnosis through combined use of neuropsychological testing and magnetic resonance imaging, and new pharmacological treatment options.

For a full list of sponsors, please visit the Sponsors tab.

University of Maryland School of Medicine

For sponsorship opportunities please contact Sonya Dougal at sdougal@nyas.org or 212.298.8682.

Session I: Cellular Neurobiology of Cognitive Impairment in MS

Hippocampal Demyelination as a Cause of Memory Dysfunction

Multiple Sclerosis (MS) is an inflammatory demyelinating disease of the human central nervous system. While the clinical impact of gray matter pathology in MS brains is unknown, 30-40% of MS patients demonstrate memory impairment. The molecular basis of this memory dysfunction has not yet been investigated in MS patients. To investigate possible mechanisms of memory impairment in MS patients, we compared morphological and molecular changes in myelinated and demyelinated hippocampi from postmortem MS brains. Demyelinated hippocampi had minimal neuronal loss but significant decreases in synaptic density. Neuronal proteins essential for axonal transport, synaptic plasticity, glutamate neurotransmission, glutamate homeostasis and memory/learning were significantly decreased in demyelinated hippocampi, but not in demyelinated motor cortices from MS brains. Collectively, these data support hippocampal demyelination as a cause of synaptic alterations in MS patients and establish that the neuronal genes regulated by myelination reflect specific functions of neuronal subpopulations.

One of the greatest challenges in clinical neurology is the management of disability consequent to axonal damage in the young adult population. There is no treatment for the slow and progressive deterioration observed in demyelinating disorders, such as multiple sclerosis (MS). These causes of disability in young adults affect a large population at the peak of their productivity and create an enormous emotional and financial burden for our society and underscore the importance of unveiling the underlying mechanisms. Neuropathological studies have described two types of axonal damage in post-mortem brains of patients with MS demyelinated axons with localized swellings and axonal interruptions with terminal stumps. Our laboratory has recently identified the cytosolic localization of a deacetylase enzyme that is localized in the nucleus in physiological conditions. This localization leads to impaired mitochondrial transport in cultured neurons and preceded the detection of localized swellings and axonal transections. The enzyme is also found in dystrophic axons in the brain of Multiple Sclerosis patients, where its localization coincides with hyperacetylation of nuclear substrates. Thus we propose protein acetylation/deacetylation as an important target for regulating neuronal and glial function in demyelinating disorders.

Sodium Channels as Targets for Neuroprotection in MS

Voltage-gated sodium channels play many roles in the CNS, and have emerged as significant participants in the pathophysiology of MS.  It is now well-established that the presence of increased numbers of sodium channels, in denuded parts of the axon membrane that had been channel-poor prior to demyelination, can restore the ability of some demyelinated axons to conduct impulses.  Sodium channels also, however, participate in the injury cascade that leads to axonal degeneration in MS.  This has significant implications for neuroprotection.  This lecture will review the following advances in this area:

Treatment of MS Related Cognitive Problems with Adjunct Modafinil: Imaging data suggests that cognitive problems in MS are more associated with destructive than enhancing lesions. Hence, there is an interest in pharmacological interventions that might improve cognition secondary to treating other symptoms of MS. In this talk we present results from a study designed to determine whether adjunct treatment of fatigue with modafinil results in improved cognitive functioning. The hypothesis was that in addition to combating fatigue, modafinil treatment might also results in enhanced attention and in an improvement in other cognitive domains reliant on attention. Participants in the study were patients with relapsing-remitting MS who also demonstrated problems with attention on formal examination. All patients were being treated with intramuscular interferon beta-1a. A randomly selected subgroup was also given modafinil as an adjunct therapy. An analysis done at 4 months following initiation of modafinil treatment demonstrated improvements in levels of fatigue and cognition for the group receiving this adjunct treatment.

For any additional information and for special needs, including child/family care resources available to conference attendees, please e-mail cocampo@nyas.org or call Crystal Ocampo 212.298.8632.