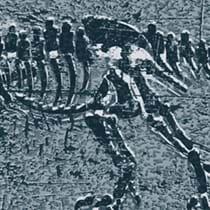 Evolution in the Classroom: No Dinosaurs in Heaven

According to a recent study, a majority of US biology teachers are reluctant to endorse evolution in their class and most have developed specific strategies to avoid running afoul of the controversy. Thirteen percent "explicitly advocate creationism or intelligent design by spending at least one hour of class time presenting it in a positive light" and only 28 percent teach evolution as recommended in the National Science Education Standards.

In the 2011 film, No Dinosaurs in Heaven, director and educator Greta Schiller weaves together the story of a science education professor who refuses to teach evolution with a rafting trip down the Grand Canyon that debunks major tenets of creation science.

Join us for a screening of No Dinosaurs in Heaven and an enlightening panel on the state of evolution in the science classroom with a panel of experts in the field including Eugenie Scott, PhD, Executive Director for the National Center for Science Education, Director Greta Schiller, and Science Education Professor Yael Wyner.

Please join us for refreshments with the panel and a DVD signing from 6:00pm – 7:00pm.

Greta Schiller is an Emmy Award-winning documentary filmmaker who recently became a science educator as well (www.nodinos.com). Born in Detroit, Schiller has traveled around the world making extensively researched and highly informative documentary films for television, festival, theatrical and educational audiences. The Atlantic Journal and Constitution has written that Schiller’s work “makes you glad documentaries were invented.” Her films have won multiple National Education Association Film awards, and have received over 100 international film festival awards.

Schiller was the first recipient of the Fulbright Arts Fellowship in Film. She holds a BFA in Film/Video from the City College of New York, and thirty years later returned to City College to earn an MA in Science Education. Recently she has taught informal science-by-inquiry classes for the Central Park Conservancy, The After-School Corporation (TASC) and the Audubon Society, and conducts professional development workshops for science teachers.

Dr. Eugenie C. Scott is Executive Director of the National Center for Science Education, Inc., a not for profit membership organization of scientists, teachers, and others that works to improve the teaching of evolution, and of science as a way of knowing. It opposes the teaching of “scientific” creationism and other religiously-based views in science classes. A former college professor, Dr. Scott is an internationally-known expert on the creationism and evolution controversy, and is called upon by the press and other media to explain science and evolution to the general public. The author of Evolution vs Creationism: An Introduction and co-editor with Glenn Branch of Not in Our Classrooms: Why Intelligent Design is Wrong for our Schools, she is the recipient of numerous awards from scientists and educators, and has been awarded eight honorary degrees.

Yael Wyner received a BS in Biology from Yale University and earned a PhD in biology from New York University through her work at the American Museum of Natural History (AMNH) studying brown lemur and black and white ruffed lemur conservation genetics. After completing her graduate degree, Dr. Wyner served as Content Coordinator on The Genomic Revolution (2001), an AMNH exhibit about the scientific and societal implications of new advances in genomic technology. Following the exhibit opening, Dr. Wyner taught for seven years at Hunter College High School, a public school for gifted learners in New York City. She began working at her current position as Assistant Professor of Secondary Education with an affiliate appointment in the Department of Biology at the City College of New York (CCNY), part of the City University of New York, in the fall of 2008. Her research focuses on developing and testing media and data driven secondary school curricular resources for linking daily life to environmental issues and ecology. Through an NSF funded collaborative CCNY-AMNH initiative, Dr. Wyner recently completed testing these curricular resources, Ecology Disrupted, in the Living Environment classrooms of sixty New York City public school teachers.