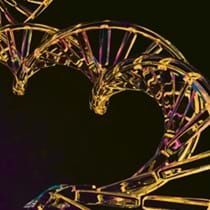 The Genome Integrity Meetings are organized under the leadership of John Petrini (Memorial Sloan Kettering Cancer Center), and Rodney Rothstein and Lorraine Symington (Columbia University). The year-end meeting includes a scientific symposium with a keynote presentation from 2:00 to 5:00 PM, followed by a poster session and networking reception from 5:00 to 7:00 PM.

Double-strand chromosome breaks pose a major risk to genome integrity. A detailed analysis of the genetics and kinetics of repair can be achieved by inducing a single, site-specific DSB in budding yeast, using the HO endonuclease. Physical monitoring of repair—in vivo biochemistry—has revealed the roles of many proteins associated with DSB repair. In addition, the study of repair by the homologous recombination mechanism of gene conversion has revealed that this most conservative mechanism of DSB repair is nevertheless accompanied by a 1000-fold increase in mutations with a distinctive signature. DSB repair takes place in the context of chromatin. The yeast mating-type (MAT) switching system provides an opportunity to investigate what chromatin changes are associated with DNA strand invasion, what proteins play a major role in this process and how chromatin structure is re-established both at the donor and the repaired locus. This approach ahs revealed a specific role for the Swi/Snf chromatin remodeling protein, Rad54, in chromatin rearrangements of the donor locus that are required for the completion of DSB repair. A single DSB is sufficient to trigger the DNA damage response, which arrests cells prior to mitosis so that cells have more time to repair a chromosome break. We have focused on three aspects of the checkpoint response: how the damage is detected and how the arrest is maintained; how chromatin modifications are generated and what their role is in DSB repair; and how the checkpoint is turned off when repair is complete.

Originally described as a death-domain associated protein in the cytosol, recent evidence ties Daxx to a nuclear function in a complex with the ATP-dependent chromatin remodeler ATRX. We find that Daxx associated specifically with the replacement histone variant H3.3 and assembles chromatin in vitro and in vivo. It is targeted to heterochromatin by ATRX and the ATRX/Daxx complex is required for H3.3 enrichment at these sites. The role of this chromatin assembly pathway is still elusive, but has been implicated in maintaining proper chromatin at repetitive elements throughout the genome. Interestingly, a recent exome sequencing effort of pancreatic endocrine tumors has revealed frequent mutation of either ATRX andDaxx in this subtype of pancreatic cancer, suggesting a role for ATRX/Daxx in maintaining genome integrity.

Homologous recombination, an essential process for preserving genomic integrity, uses an intact homologous sequence to repair a broken chromosome. To explore the mechanism of homologous pairing in vivo, we tagged two homologous chromosomal loci in a diploid cell along with the Rad52 protein to mark recombination centers. We investigated the dynamic organization of two homologous loci in yeast diploid nuclei in both theabsence and presence of DNA damage. When neither locus is damaged, we observe that the homologous loci occupy largely separate regions and explore sub-regions representing only 3% of the total nuclear volume. We find that a general feature of the cellular response to DNA damage is an increase in the motion of chromosomes. Following the induction of a single DSB, the homologous loci are paired ten times more often. This is a result of a dramatic increase in mobility of both the cut and uncut chromosomes. We observe that the mobility of the cut chromosome is the most affected allowing it to explore a nuclear volume nine times larger than in the absence of DSB. At the same time, the mobility of the uncut chromosomal locus also increases allowing it to explore a four times larger volume. Interestingly, the mobility of unbroken loci that are not homologous to the cut locus is similarly increased. We thus propose a model for homology search in which "increased chromosome mobility (ICM)" facilitates the pairing of homologous loci. Finally, the increasein DNA dynamicsis dependent on Sae2, a protein involved in very early steps in the HR pathway, which helps regulate single stranded DNA formation. We are currently examining other genes for their role in ICM to identify the pathways involved in this fundamental process.

DNA Interstrand crosslinks (ICLs) are covalent linkages between the two strands of the DNA helix that prevent melting of double-stranded DNA and therefore present a barrier to replication and transcription. ICLs can form endogenously as a result of lipid peroxidation or result from exogenous insult primarily from chemotherapeutic reagents.Infact, ICLs are thought to be the major cytotoxic lesion induced by crosslinking drugs used in cancer therapy. ICL repair can be accomplished in both a replication-dependent and replication-independent manner. Replication-independent ICL repair is the only means of defense for non-dividing cells against chemotherapeutic insult. Additionally, postmitotic differentiated cells, and cells that divide infrequently such as stem cells, require a replication-independent ICL repair pathway in order for transcription to proceed past the lesion. Here we present work that provides insight into the mechanism of replication-independent ICL repair using the Xenopusleavis cell-free system and mammalian cells. We demonstrate using the Xenopus system that both PCNA and the Y family translesion polymerase DNA polymerase kappa (polκ) are essential for ICL repair in the absence of DNA replication. Furthermore, we show that ubiquitylation of PCNA on Lysine 164 is also necessary for ICL repair, indicating that a DNA polymerase switch must occur in order to complete repair synthesis across the lesion. Notably, we find no evidence of a role for the translesion polymerase pol zeta that has been implicated in replication-dependent ICL repair. This suggests that the mechanisms of replication-independent and replication-dependent ICL repair are distinct. We have designed a novel GFP-based ICL repair assay to study repair in mammalian cells. Using this assay we demonstrate a requirement for polκin the repair of a single site-specific ICL in mammalian cells. We show that mouse embryonic fibroblasts (MEFs) lacking polκ (Polκ−/−) display reduced levels of ICL repair compared to wild-type cells. Consistent with a role for Polκ in ICL repair, we show that polκ−/− cells are sensitive to the crosslinking drugs cisplatin and mitomycin C using clonogenic survival assays. These results demonstrate a direct correlation between a cell's ability to repair a single ICL and its sensitivity to crosslinking chemicals, which induce a variety of other DNA lesions in addition to ICLs.

Genome duplication in E. coli must be rapidly and accurately completed despite the presence of obstacles that inhibit replication-fork progression such as template lesions and protein roadblocks. Lagging-strand lesions pose little threat to fork progression as the lagging strand is synthesized discontinuously. In contrast, leading-strand lesions are thought to be more problematic for the replication machinery (replisome) due to continuous synthesis of the leading strand. We have investigated the manner in which the E. coli replisome deals with damage in the leading-strand template by reconstituting origin-dependent replication on a template containing a single DNA lesion in the form of a cyclobutane pyrimidine dimer (CPD). As anticipated the leading-strand CPD stalled the replication fork. However, the stalling we observed was only transient. The replisome remained associated with the fork and leading-strand synthesis was reinitiated beyond the CPD in a primase-dependent reaction. Our data indicate that the replisome has an inherent capacity to bypass leading-strand template damage by skipping over it and reinitiating synthesis downstream. Such a mechanism should help ensure that replication is completed without significant delay if damage is present in the template and may provide an explanation for the discontinuous replication that has been observed in vivo.