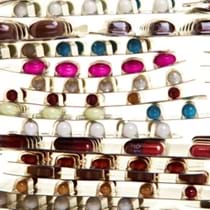 How Do Cells React to Drugs? A Systems Biology Perspective

Dr. Califano's doctoral thesis in physics, at the University of Florence, was on the behavior of high-dimensional dynamical systems. From 1986 to 1990, as a Research Staff Member in the Exploratory Computer Vision Group at the IBM TJ Watson Research Center he worked on several algorithms for machine learning, more specifically for the interpretation of 2D and 3D visual scenes. In 1990 Dr. Califano started his activities in Computational Biology and, in 1997, became the program director of the IBM Computational Biology Center, a worldwide organization active in several research areas related to bioinformatics, chemoinformatics, complex biological system modeling/simulation, microarray analysis, protein structure prediction, and molecular-dynamics. In 2000 he co-founded First Genetic Trust, Inc. to actively pursue translational genomics research and infrastructure related activities in the context of large-scale patient studies with a genetic components. Finally, in 2003, he joined Columbia University and is currently Professor of Systems Biology at Columbia University, Director of the Columbia Initiative in Systems Biology, Director of the JP Sulzberger Columbia Genome Center, and Associate Director for Bioinformatics of the Herbert Irving Comprehensive Cancer Center. Dr. Califano serves on numerous scientific advisory boards, including the Board of Scientific Advisors of the National Cancer Institute.

Dr. Califano’s interests reside in dissecting and interrogating the cell-context specific gene regulatory networks that determine the cell pathophysiological behavior, using a combination of in silico reverse engineering methods and high-throughput experimental assays. His lab has pioneered a variety of algorithms for the dissection of transcriptional, post-transcriptional, and post-translational regulatory interactions in mammalian cells and for their interrogation to identify master regulators of aberrant transformation and physiological differentiation/maturation events. His lab has also pioneered regulatory network based methods to dissect the mechanisms of action of drugs and to identify genetic alterations that contribute to the aberrant activity of master regulators. In collaboration with a number of colleagues within the Columbia scientific community, the Califano lab has been the first to publish fully context-specific molecular interaction networks (referred to as Interactomes) for normal and tumor-related human cells including neoplastic malignancies of lymphoma and glioma subtypes. Ongoing projects in the lab aim to define the regulatory networks for various neoplasmic states of the breast, ovary, prostate, germ cell, colon, and lung, for the study of pluripotency and lineage differentiation in stem cells, and for the elucidation of mechanisms associated with the onset and progression of neurodegenerative diseases.

Dr. Ravi Iyengar is the Dorothy H and Lewis Rosenstiel Professor and Chair of the Department of Pharmacology and Systems Therapeutics and Director, Experimental Therapeutics institute at Mount Sinai School of Medicine. He is also Director and Principal Investigator of the Systems Biology Center New York (SBCNY), an NIGMS funded National Center of Excellence in Systems Biology that brings together researchers and faculty members from Mount Sinai NYU- Courant, Stony Brook University, CUNY and IBM Watson-Research Lab. The SBCNY has a focus in developing and analyzing cellular regulatory networks and applying these networks to study drug action. These efforts have contributed to the development of the field of systems pharmacology. Dr. Iyengar trained as a membrane biochemist and biophysicist and has studied G protein signaling networks for the past three decades. His laboratory integrates computational and experimental approaches to study how cellular regulatory networks control physiological functions in normal and pathophysiological states. Research in the Iyengar laboratory is supported by mutiple R01 grants from the NIH. Websites: Iyengar laboratory: www.mssm.edu/research/labs/iyengar-laboratory; Systems Biology Center – New York: www.sbcny.org; Experimental Therapeutics Institute: research.mssm.edu/eti/

Dr. Lehár heads the bioinformatics group for Novartis’s oncology translational research department, which is focused on identifying optimal treatment strategies for candidate drugs in the Novartis pipeline. Previously, he has played a central role in developing technology and analysis platforms for CombinatoRx (now Zalicus Inc.), a biotech company discovering combination therapies, in addition to researching the systems biology of drug combinations through his affiliation with BU. Prior to CombinatoRx, Dr. Lehár was a postdoctoral scientist at Whitehead Institute’s Center for Genome Research (now the Broad Institute), at the Harvard College Observatory, and at Cambridge University’s Institute of Astronomy. Dr. Lehár holds a PhD in physics from MIT.

Most drugs act by regulating the activity of molecular targets that are part of cellular regulatory networks. Both the therapeutic and adverse effects of drugs arise from the propagation of effects from the molecular targets to cellular and tissue/organ level physiological functions. Understanding and predicting the balance between therapeutic potential and adverse event risk requires us to consider how the drug targets function in the context of the cellular regulatory networks that are part of the human interactome. Understanding drug action in the context of cellular regulatory networks allow us to develop predictions of adverse event risk based on the drug interactions with its targets and the proteins that in turn interact with these targets to form functional neighborhoods within the human interactome. We have used this approach to study the relationships between mutant gene-induced and drug-induced long QT syndrome and Parkinson’s disease. We have also studied the how the human interactome can be better used to understand the molecular basis for the adverse events associated with rosiglitazone. These studies show that connecting clinical observations with proteins that are part of the human interactome and then anchoring the interactome in the genome may allow us to develop predictions of genomic characteristics such as single nucleotide polymorphisms, copy number variations or epigenetic markings that could indicate the risk for adverse events upon drug usage in individual patients.

The recent onslaught of molecular data, across multiple human malignancies, is producing an unprecedented repertoire of genetic and epigenetic alterations contributing to tumorigenesis and progression. Yet, the direct impact of this knowledge on tumor treatment and prevention is still largely unproven. Loss of tumor suppressor function is difficult to target pharmacologically and, with a handful of exceptions, alterations providing potential drug targets are relatively infrequent in cancer patients and are thus unlikely to support clinical development. By reconstructing and interrogating the regulatory logic of the cancer cell, which is responsible for integrating multiple aberrant signals in vivo, systems biology is starting to elucidate broad addiction mechanisms, both oncogene and non-oncogene based that are exquisitely specific to the cancer subtype. In this presentation, we will discuss recent result in the discovery of synergistic, non-oncogene addiction mechanisms in high-grade glioma, of the upstream genetic alterations causally related to their functional activation, and of candidate targets for combination therapy. This approach has been generalized to a number of additional tumor subtypes and provides a novel framework for cancer target discovery and development in patient centric fashion.

Novartis is undertaking a large-scale effort to comprehensively describe cancer through the lens of cell cultures and tissue samples. In collaboration with academic and industrial partners, we have generated mutation status, gene copy number, and gene expression data for a library of 1,000 cancer cell lines, representing most cancer lineages and common genetic backgrounds. Most of these cell lines have been tested for chemosensitivity against ~1,200 cancer-relevant compounds, and we are systematically exploring ~45,000 drug combinations for synergy against 100 prioritized CCLE lines. We expect this large-scale campaign to enable efficient patient selection for clinical trials on existing cancer drugs, reveal many therapeutically promising drug synergies or ant-resistance combinations, and provide unprecedented detail on functional interactions between cancer signaling pathways. I will discuss early highlights of this work and describe our plans to make use of this resource.