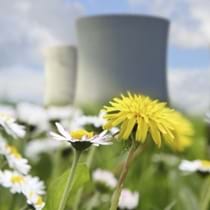 New York State aims to reduce the state’s greenhouse gas emissions by 80% from 1990 levels by the year 2050. The State Climate Action Council has issued a Climate Action Plan interim report that details how this goal might be achieved. The public comment period on the interim report runs through February 7, 2011.

As drafted, the interim report identifies nuclear power as one of the low carbon alternatives to fossil-fired plants that emit GHGs. This event will narrowly examine the following:

-The council’s deliberations: What long-term role might nuclear power play? Upon what assumptions does this role rest? What is the rationale behind those assumptions?

-Financing: What conditions must be in place for significant private investment in nuclear power to materialize? What’s the likelihood of these conditions materializing any time soon?

-New technologies: What new technologies hold the most promise for advancing nuclear power? How might they reduce costs, facilitate licensing, help gain public acceptance, and surmount yet other barriers? How easily could they be scaled up?

Join us and engage in this substantive discussion.

Gary Krellenstein is an Investment Banker and Managing Director in JPMorgan's Energy and Environmental Group. He specializes in electric utilities, alternative energy technologies and project financing. Prior to rejoining Morgan in 2000, Gary was the Director of Municipal Research, at First Albany Corporation.  He has also worked as a utility analyst at Lehman Brothers, Merrill Lynch and  Morgan Guaranty & Trust, and as a nuclear engineer and systems analyst for the Envirosphere Company, the U.S. Department of Energy and the U.S. Nuclear Regulatory Commission.

Mr. Krellenstein is nationally recognized in his field.  Prior to becoming an investment banker he took top honors in the annual polls of financial analysts conducted by Institutional Investor Magazine (1st team for 11 consecutive years took; 1991-2002).  He has also been elected to All-American Research Teams (first place in the Utilities, Industrial Development and Pollution Control categories) by the Bond Buyer, Global Guaranty, and Smith's Research and Rating Review.  In addition, the National Federation of Municipal Analysts (NFMA) presented Mr. Krellenstein the "1998 Award for Excellence."  He is a frequent speaker on energy issues and has given numerous presentations to utilities and institutions such as Harvard University, Carnegie Mellon, the Electric Power Research Institute (EPRI), the National Governors Association, the American Public Power Association (APPA) and the U.S. Congressional Committee on Science and Technology.

Mr. Krellenstein holds degrees in Nuclear Engineering, Computer Science, and an MBA. He is the former chairman of The Bond Marketing Association's (now SIFMA) Credit Committee and the NFMA's "Best Practices" committee for utilities and also sat on the Advisory Committee for Public Utilities Fortnightly magazine.  Gary is a member of the Institute of Electrical and Electronics Engineers, the American Nuclear Society, the Natural Resource Defense Council (NRDC), the IEEE Power Engineering Society, the NYC Partnership Energy Task Force, and the American Association for the Advancement of Science. He currently serves on the Board of Directors of the Climate Response Fund, an NGO which focuses on technologies to address global warming.

Jared Snyder is Assistant Commissioner for Air Resources, Climate Change & Energy at the New York State Department of Environmental Conservation. In that capacity, he oversees New York’s development and implementation of clean air programs and programs to reduce greenhouse gas emissions, including the Regional Greenhouse Gas Initiative. He has served as the DEC designee on the New York Climate Action Council and the New York Energy Planning Board.

Prior to joining DEC in 2007, he served as Chief of the Affirmative Litigation Section of the Environmental Protection Bureau for the State Office of the Attorney General for the past 12 years. In that position, he handled numerous climate change and clean air lawsuits for the State of New York.

From 1990-1995, he worked at the U.S. Department of Justice as the lead attorney for enforcement in the areas of air pollution, water pollution, and hazardous waste. Prior to his federal service, Mr. Snyder worked in private firms in New York and Los Angeles. Mr. Snyder graduated with a B.A. in economics from Cornell University and a J.D. from Harvard Law School.

Executive Order 24 created the New York Climate Action Council, made up of the heads of twelve state agencies and authorities and representatives of the Governor’s office, and charged it with creating a plan to reduce greenhouse gas emissions 80% below 1990 levels by 2050. The process adopted by the Council included the development of a vision for a low carbon New York in 2050 and the convening of stakeholder groups to make recommendations. In November 2010, the Council issued an Interim Report that identified a number of policy options for further analysis and evaluation. The Council is currently taking public comment on the Interim Report.

The visioning effort recognizes that nuclear energy is one of the low carbon power sources that may play a bigger role in the energy sector in 2050 if New York is to meet the 80% reduction goal. The Interim Report identifies for further analysis a number of policies that may support deployment of new nuclear power facilities in the future.