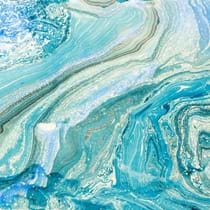 Presented by the History and Philosophy of Science and Technology Section

In a world where new technologies become outdated almost as soon as they are produced, what relevance could a sundial — one of the most ancient of all scientific instruments — have? Although the way in which we find and keep time has changed, the solar day and the solar year are still at the heart of our system of time measurement. Nevertheless, the introduction of time zones has altered the way in which we tell time, and our expectations of accuracy are high. Therefore, a modern sundial has to accommodate a new set of rules and, like a cell phone, tell the time to the nearest minute. This talk will tell the story of the Longitude Dial, an unusual form of sundial that employs the latest technologies in its design and construction to realize an idea that has its origins in a map published four centuries ago . Although finding time is one of the requirements of this sundial, its main purpose has been to create a marriage between art and science. One of most recent commissions that will be discussed is a five-meter diameter dial designed for the bicentenary of Mexico. Currently under construction, the size of this dial is reminiscent of the ancient astronomical monuments that - as instruments of time have always done - served  the needs of the civilization for which they were made. [221]

Will Andrewes was born and educated in England. He trained as a clockmaker, working under the guidance of the celebrated watchmaker George Daniels, and as a designer, graduating in three-dimensional design from Kingston College of Art in 1972. He became one of the first recipients of the British Crafts Advisory Committee Award and was elected a Freeman of the Worshipful Company of Clockmakers in 1977. Specializing in the field of time measurement for over three decades, he has worked at Eton College (1973-1977), the Old Royal Observatory and National Maritime Museum (1974-1977), The Time Museum, Rockford, Illinois (1977-1987), and Harvard University, where he was the David P. Wheatland Curator of the Collection of Historical Scientific Instruments (1987-1999). He organized the Longitude Symposium (1993), edited The Quest for Longitude (1996), and co-authored with Dava Sobel of The Illustrated Longitude (1998).

Mr. Andrewes has been an independent consultant for museums and private collectors for over ten years. In 2001, he organized the exhibition “The Art of the Timekeeper” at the Frick Collection in New York. The Longitude Dial, which he began developing in 2002, has been featured in the Patek Philippe Magazine, Smithsonian Magazine, and other periodicals. [193]