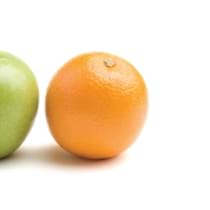 It's a loaded subject, but science says there's no denying that men and women are different in the head. Hear from a scientist whose life work has been dedicated to understanding how. Join Science & the City for a discussion of sex differences in the brain by acclaimed Rockefeller University neurobiologist Donald Pfaff. Dr. Pfaff's new book, Man and Woman: An Inside Story explores the social significance of discoveries in neuroscience about differences between the sexes. He'll offer descriptions of sex hormone dependent neuroanatomy and neurophysiology, and tell how nerve cell circuits regulate sex behavior. Learn how, up to this minute, modern molecular neurochemistry addresses the subject of sex differences in brain function.

Donald Pfaff, PhD, professor and head of the Laboratory in Neurobiology and Behavior at The Rockefeller University, is a brain scientist who uses neuroanatomical, neurochemical, and neurophysiological methods to study the cellular mechanisms by which the brain controls behavior. His laboratory's research has proceeded through four steps to demonstrate how steroid hormone effects on nerve cells can direct natural, instinctive behaviors.

Pfaff is known for discovering exact cellular targets for steroid hormones in the brain. A system of hypothalamic and limbic forebrain neurons with sex hormone receptors, discovered in rodents, was later found to be present in species ranging from fish through primates. This hormone-sensitive system apparently is a general feature of the vertebrate brain. His lab recently found that "knocking out" the gene for the estrogen receptor in animals prevents female reproductive behavior. Surprisingly, that single gene deletion resulted both in masculinizing female animals and, counterintuitively, feminizing males' behavior. His lab at Rockefeller then worked out the neural circuitry for hormone-dependent female reproductive behavior, the first behavior circuit elucidated for any mammal.

He and his colleagues later demonstrated several genes that are "turned on" by estrogens in the forebrain. In turn, their gene products facilitate reproductive behavior. For example, the induction of one of them, the gene for the progesterone receptor, showed that the hormone estrogen could turn on another transcription factor important, in turn, for behavioral control. Regulated gene expression in the brain participates in the control of behavior.

In an experiment that lent support to the concept of the "unity of the body," Pfaff found that the nervous system protein GnRH promotes reproductive behavior as well as directing the pituitary to stimulate the ovaries and testes. This action of GnRH renders instinctive behaviors congruent with the physiology of reproductive organs elsewhere in the body.

Pfaff's lab subsequently discovered that GnRH-producing neurons are not actually born in the brain as other neurons are. Instead, during embryonic development, they are born in the olfactory epithelium. Once born, they migrate up the nose and into the forebrain. In humans, interruption of that migration, especially in men, causes a state in which the body does not produce adequate amounts of the sex hormone testosterone. This hypogonadal state is associated with a loss of libido.

In 2003, Pfaff received an NIH MERIT Award for the study of generalized arousal, responsible for activating all behavioral responses. His team formulated the first operational definition of nervous system arousal, enabling scientists to measure arousal quantitatively in laboratory animals, as well as in human beings. In humans, deficits in arousal contribute to such cognitive problems as attention deficit hyperactivity disorder, autism, and Alzheimer's disease. Erosion of arousal also may account for some of the mental difficulties that people face as they age. Understanding generalized arousal may help scientists develop pharmacological methods to enhance alertness during the day and sleep at night. Analyzing the mechanisms of arousal may also lead to a more precise anesthesiology.

Pfaff has made fundamental contributions to our understanding of how the administration of sex hormones can affect health. Pfaff's lab recently showed that giving hormone doses in pulses, rather than as a steady exposure, may maximize the benefits and limit the side effects now associated with hormone therapies. By giving estrogen replacement to the rats, the scientists studied the actions of the hormone at the level of the brain cell's protective outer membrane, and inside the nucleus where the cell's DNA is housed. They found that both the membrane and the DNA pathways are crucial, with one facilitating the other, in triggering hormone-dependent gene expression and female mating behavior. By limiting the estrogen exposure of to short pulses, the total dose can be kept much smaller than with steady delivery, and therefore some of the negative effects will be reduced.

He is the author of Estrogens and Brain Function (Springer, 1980); Drive: Neurobiological and Molecular Mechanisms of Sexual Motivation (MIT Press, 1999); and Brain Arousal and Information Theory (Harvard University Press, 2005). He has edited The Physiological Bases of Motivation (1982), Ethical Questions in Brain and Behavior (1984), Genetic Influences on the Nervous System (CRC Press, 1999) and Hormones, Brain and Behavior (5 volumes, Academic Press, 2002). He also is on the editorial boards of several scientific journals.