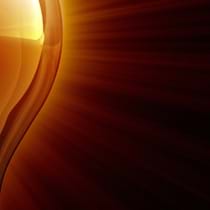 New York City is emerging as a global leader in clean technology. The growing community is leveraging the State's assets in the built environment, information technology, industrial density, finance, and academic communities to create innovative solutions in energy efficiency.

Join the New York Academy of Sciences, NYU POLY ACRE, and the Sallan Foundation for a Climate Week 2011 panel that explores the current and future trends in energy efficiency and presents the path to success experienced by start-ups founded in New York City. 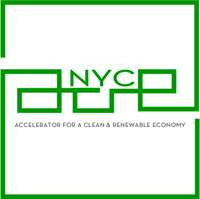 David Biello is the award-winning associate editor for environment and energy. He joined Scientific American in November 2005 and has written on subjects ranging from astronomy to zoology for both the Web site and magazine. He has been reporting on the environment and energy since 1999. He is the host of both the 60-Second Earth podcast and PBS's Beyond the Light Switch, a contributor to the Instant Egghead video series, and author of a children's book on bullet trains.

Mei Shibata leads the business side of ThinkEco, where her broad experience has helped to shape the modlet system into a hip, user-friendly product. Most recently she was Managing Director of Strategy and Strategic Planning at communications agency Euro RSCG Life, where she helped numerous brand teams commercialize their products and lead them through lifecycle management. Shibata also has broad corporate experience, including her worldwide marketing role at Pfizer and equity research work at Citigroup. Shibata received her MBA from Harvard Business School and her BA (physics) and MS (medical engineering, HST) from Harvard University.

Colin Smart is Con Edison's Section Manager–Demand Response. In this role he is responsible for the development of demand response programs supporting one of the most complex electric distribution systems in the world. During his nearly five years with Con Edison, Smart's work has involved complex projects ranging from Advanced Metering Infrastructure (AMI) to Mandatory Hourly Pricing (MHP) to benchmarking Con Edison's financial management processes.

Prior to joining Con Edison, Smart spent over a decade managing consulting teams and working with Fortune 500 companies in regard to a range of energy and telecommunications matters in the US, Australia, and New Zealand. He focused particularly on issues relevant to the transition stages of energy market deregulation. Prior to his involvement in the utility industry, he spent several years involved in technology management in the travel industry in Australia.

Colin holds a Masters in Business and Technology (MBT) and a Graduate Diploma in Environmental Management from the University of New South Wales in Sydney, Australia. He is also an Association of Energy Engineers (AEE) Certified Energy Manager (CEM).

Smart was the founding Vice President of the New York City chapter of the US Association for Energy Economics and has acted as a guest lecturer for the NYU-Poly CleanTech Execs program.

Allen Freifeld joined Viridity as Senior Vice President, External Affairs in June 2009, after twenty five years of regulatory and industry experience, including five years as a member of the Maryland Public Service Commission from 2004 through 2009. During his tenure on the Commission Mr. Freifeld led the effort to enhance the participation of energy efficiency and distributed resources in regional markets.

He served as Chairman of the Steering Committee of the Mid Atlantic Distributed Resources Initiative and was also a founder of the Organization of PJM States, Inc., a group of fourteen State Public Utility Commissions working toward regional solutions for electric grid issues. Prior to his appointment to the Commission Mr. Freifeld served on the Staff of the Commission for over twenty years both as a Hearing Examiner and as Chief Staff Counsel. Mr. Freifeld also served as chief regulatory counsel for MCI Telecommunications in the mid‐Atlantic region during the period following enactment of the Telecommunications Act of 1996. Mr. Freifeld is a graduate of SUNY Binghamton, with a degree in Economics, and the University of Maryland School of Law.

“Currently our electric supply systems are built to periods of peak consumption of energy which occur for only 50 hours a year. This model is inefficient and results in additional costs for customers. Some of these inefficiencies are caused by equipment with is densely deployed in New York City and is not considered in most people’s discussion of the Smart Grid. Colin will talk to the economics of the supply of electricity in New York City and where opportunities for innovation exist.