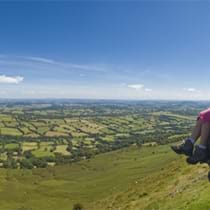 The Future of Science Education in New York

Science teaching across the country is at a cross roads. Between the rapid pace of scientific discovery and updated science standards, teachers in New York are facing major changes to science teaching and learning.

Please join us for a welcome reception from 6-7 pm.

Please note: Transmission of presentations via the webinar is subject to individual consent by the speakers. Therefore, we cannot guarantee that every speaker's presentation will be broadcast in full via the webinar. To access all speakers' presentations in full, we invite you to attend the live event in New York City, where possible.

Margaret Ashida directs the Empire State STEM Learning Network, formed in June 2010 to build the capacity of local communities to create and institute innovative and sustainable STEM schools, policies, programs, platforms and partnerships across New York State to improve the college- and career-readiness of all students.  Incubated by Rensselaer Polytechnic Institute with support from the Bill & Melinda Gates Foundation, Battelle, and the AT&T foundation, the Network's design and work is based upon findings from the 2009 Progressive Dialogue on STEM education in the Empire State.  Over 500 stakeholders participated from sectors including business, state and local government, public and private K-12 and higher education, corporate and family foundations, museums, public television, PTAs and school boards, professional associations of educators in the STEM disciplines, teachers' unions and non-government organizations.

Margaret is the Chair of the Board of Directors of LEAP (Leadership Education for Asian Pacifics Inc.) and is a graduate of LEAP's Leadership Development Program.  She was recognized with a Corporate Leadership Award at the OCA 2005 National Meeting for her career achievements and work on behalf of the Asian community.  Margaret is also a Trustee Emeritus of the Anita Borg Institute for Women and Technology (Board service from 2003-2009), is a past co-chair of the National Center for Women and IT (NCWIT) Workforce Alliance, and is a past chair of the MentorNet Advisory Board.

Board of Regents, NYSED

In 1989, he was awarded the MBA degree in finance from the University of Pennsylvania Wharton School and began a career in administrative leadership at Kodak in a healthcare business unit focused on clinical chemistry diagnostics.  In 1991, he was appointed assistant to the President of SUNY College at Brockport, New York, where he served until 1996 and was involved in the development of the college's strategic plan, diversity leadership, and institution accreditation activities.

In 1996, he was named the James E. McGhee Distinguished Professor of imaging technology management at the Rochester Institute of Technology in the School of Photographic Arts and Sciences.  His academic interests were in the areas of technology management and entrepreneurship.   In 2001, he was appointed Fulbright Senior Scholar in the Graduate Institute of Technology and Innovation Management at National Chengchi University in Taipei, Taiwan and also Fulbright American Studies Professor at De LaSalle University at Manila in the Philippines.  His active interests were in the areas of technology adoption and practice in developing markets and especially of digital imaging technologies in leading Asian countries.  He has lectured widely on these topics to audiences of leading imaging industries organizations worldwide, including in Asia in Beijing, Shanghai, Wuhan, Taipei and Manila.

Since 2002, he has served as Executive Director of the undergraduate business program at Carnegie Mellon University in the Tepper School of Business.  He holds the rank of teaching professor of management.  His teaching interests are international management and global business. He is passionate about undergraduate education and especially teaching.  During his professional career, as both a scientist an educator, he has taught widely at the undergraduate level in departments of chemistry, physics, mathematics, and business administration.

He was appointed to the New York State Board of Regents in 2002 and subsequently elected to chair the Regents committee on higher education and professional practice.  He was elected vice-chancellor of the Board Regents by his colleagues in 2009.  His interests in teaching, educational administration, public policy, science and technology been an important focus of his service on the Board of Regents.

David M. Steiner was appointed by the Board of Regents as President of the University of the State of New York and Commissioner of Education in October 2009. Before being appointed Commissioner in New York, Steiner served as the Klara and Larry Silverstein Dean of the School of Education at Hunter College CUNY. Prior to his time with Hunter, Steiner served as Director of Arts Education at the National Endowment for the Arts and also Chairman of the Department of Education Policy at Boston University.

As Commissioner of Education, Steiner serves as chief executive officer of the Board of Regents, which has jurisdiction over the most comprehensive state educational system in the nation. The system encompasses every education endeavor in the State, including public and non-public elementary, middle and secondary education; public and independent colleges and universities; museums, libraries, historical societies and archives; the vocational rehabilitation system; and responsibility for the licensing, practice and oversight of 48 professions.

Dr. Steiner's background is in the fields of K-12 education policy, the philosophy of education, ethics, and political theory. An award winning teacher and recipient of multiple research awards, Dr. Steiner has published two books on the challenges of public education, together with two edited volumes, multiple papers, book chapters, and reviews. His research on Schools of Education has been the subject of a national discussion and has been followed by numerous studies by other scholars. Dr. Steiner has designed and constructed assessment, accountability and curricula materials, consulted with major education reform organizations, directed major grants, and served on national education task forces focused on the improved delivery of education. Dr. Steiner has addressed numerous public and scholarly forums both in the United States and abroad on topics of education reform, led research teams, and worked with public officials, academics, and public school teachers to implement new programs.

Dr. Steiner has a Ph.D. in political science from Harvard University and a B.A. and M.A. in philosophy, politics and economics from Balliol College at Oxford University. He also brings several years of international banking experience with him.

Josh Thomases is the Deputy Chief Schools Officer for Academics in the Division of School Support and Instruction.  Mr. Thomases oversees the planning and implementation of a coherent and effective strategy for school improvement across the district.  Mr. Thomases joined the central DOE in 2004 as the Chief Academic Officer in the Office of New Schools and Office of Portfolio Development, primarily responsible for the creation of nearly 300 new district schools and the leadership of the New School Intensive program, which trained and coached over 200 new principals in partnership with the New York City Leadership Academy.  Mr. Thomases began his career in education as a founding teacher and ultimately the co-leader of El Puente Academy for Peace and Justice, a small school developed in partnership with New Visions for Public Schools.

On June 1, 2009, Nancy Zimpher became the 12th Chancellor of the State University of New York by unanimous vote of the SUNY Board of Trustees. With more than 465,000 students, SUNY is the nation's largest comprehensive system of higher education.

A dynamic and nationally recognized leader, Chancellor Zimpher is known as an effective agent of change in education. She started her career as a teacher in a one-room schoolhouse in the Ozarks and has never lost her passion for providing accessible, quality education for every student.

Chancellor Zimpher began her work at SUNY with a statewide tour of SUNY's 64 campuses, which became the first phase of a systemwide strategic planning process. This plan, called The Power of SUNY, was launched in April 2010, with the central goal of harnessing SUNY's potential to drive economic revitalization and create a better future for every community across New York.

As The Power of SUNY is put into action, the Chancellor is leading a diverse set of new initiatives at SUNY in several key areas, including research and innovation, energy, health care, global affairs, and the education pipeline. She has also been a vocal advocate for groundbreaking legislative reforms that ensure SUNY can continue to provide broad access to higher education in an environment of declining state support, while maximizing its impact as an engine of economic development.

A former chair of the Association of Public and Land-Grant Universities, Dr. Zimpher now leads the national Coalition of Urban Serving Universities and co-chairs a national blue-ribbon panel on transforming teacher preparation. She serves on the board of CEOs for Cities, is a member of the Business-Higher Education Forum, and the Board of Governors of the New York Academy of Sciences.