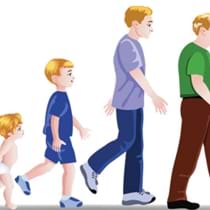 The Systems Biology of Aging and Neurodegenerative Diseases

A Systems Biology approach helps understand important biological systems using tools from physics, mathematics and systems analysis. Systems biologists and computational biologists collaborate on projects that integrate computational analysis, experimental designs and data. This symposium brings together researchers actively involved in the development and application of Systems Biology methodologies to examine aging and neurodegenerative diseases, covering molecular biology, the genetic basis of normal mammalian aging using a mouse model system and the development and application of new technologies. The ultimate aim is to increase our understanding of these complex biological networks, in both experiment and theory.

Please note: Transmission of presentations via the webinar is subject to individual consent by the speakers. Therefore, we cannot guarantee that every speaker’s presentation will be broadcast in full via the webinar. To access all speakers’ presentations in full, we invite you to attend the live event in New York City where possible.

Dr. Accili’s research has delved into the pathogenesis of diabetes, the integrated physiology of insulin action and mechanisms of pancreatic beta dysfunction. He is best known for the identification of a family of DNA-binding proteins that collectively regulate diverse pathophysiological processes, including liver glucose and lipid production, food intake, insulin production and adipogenesis. He has received numerous awards, including the 2003 Lilly Award for Outstanding Scientific Achievement by the American Diabetes Association. His work has been published in leading medical research journals. He has served on several editorial boards, including the Journal of Clinical Investigation and Diabetes. He is a member of numerous advisory panels for academia, government and industry. He is an elected member of the Association of American Physicians and the American Society for Clinical Investigation. His work is supported by the National Institutes of Health, the American Diabetes Association, the Russ Berrie Foundation, and the Brehm Coalition.

Institute of Gerontology, University of Michigan

David Galas is Professor and Senior Vice President at the Institute for Systems Biology where he conducts his research, and leads multi-investigator projects. Formerly he was Chief Science Officer for Life Sciences of the Battelle Memorial Institute. He was previously Chancellor, Chief Scientific Officer and Norris Professor of Applied Life Science at the Keck Graduate Institute of Applied Life Sciences (KGI), in Claremont, CA, a research and educational institution in the applied life sciences, which he co-founded. Prior to that Dr. Galas served as President and Chief Scientific Officer of Seattle-based Chiroscience R&D, Inc., a genomics and drug discovery company formed through the acquisition of Darwin Molecular Corporation, which Dr. Galas co-founded in 1993 and served as CEO and Chief Scientific Officer. Dr. Galas has also served as Director for Health and Environmental Research at the U.S. Department of Energy's Office of Science, where he headed the DOE's Human Genome Project from 1990 to 1993, while on leave from the University of Southern California, where he was Professor of Molecular Biology and chairman.

Galas' PhD training was in physics, from the University of California. He has also held research positions at the University of Geneva, Switzerland, and the University of California's Lawrence Livermore National Laboratory. His broad research interests include areas of molecular biology and human genetics, the development and application of new technologies in the life sciences, and the understanding of complex biological networks. He is the recipient of several awards including the Smithsonian Institution-Computer World Pioneer award in 1999. He has served on many federal, university and corporate boards, including several biotechnology companies he has co-founded, and on various advisory and National Research Council committees, including the Board on Life Science, and the National Cancer Policy Board. He chairs the Board of Directors of the Fannie and John Hertz Foundation. He is a lifetime National Associate of the National Academy of Sciences.

Heart disease is the leading cause of death in diabetic patients, and is poorly responsive to treatment of hyperglycemia. To develop new therapies for heart disease in diabetes, it's necessary to understand its biochemical, genetic, and molecular underpinnings. It's unclear whether the predisposition to heart disease in diabetes results from insulin resistance, or from an admixture of insulin resistance and excessive insulin sensitivity in different insulin target tissues. Drawing from mechanistic insight into insulin signaling from C.Elegans, we have identified transcription factor Foxo1 as a key link between insulin regulation of glucose and lipid metabolism. We have exploited the combined power of RNA and metabolite profiling to identify the mechanism whereby Foxo1 controls susceptibility to atherosclerosis in diabetes and to provide a new therapeutic approach to this unmet public health need.

Genomewide Analysis Of Age-Dependent Traits In A Laboratory Mouse Population

The laboratory mouse is a powerful experimental system for the genetic study of mammalian phenotypes. The presentation will discuss the experimental challenges to studying phenotypes that change across the life course or are associated with disease in late-adult life. An experimental strategy will be presented that uses reproducible populations of laboratory mice to examine complex multigenic associations between genetic variation and phenotype.

Biological networks of daunting complexity are the source of function for cells and organisms, including humans. These networks determine the properties of both health and disease, which we call phenotypes, and are determined largely by the heritable genetic complement of the cells in the genome. While human genetics has begun to develop as a powerful medical science, we are still far from fully understanding how genetic variations present in the human population determine the structure and function of the networks that determine human health and disease, our physiological strengths and weaknesses. The technologies that have emerged in the past few years, however, are beginning to allow us to probe the complexity of human inheritance like never before, and the working out of the complex networks of the key biological systems, has brought the possibility of really deciphering the genetics of the human system into the realm of the possible. The field that studies the heritable characteristics of complex cellular networks, sometimes called Systems Genetics, is mobilizing computational and technological power with highly parallel biological measurement methods to create the next phase of genetics and the next generation of medical science. It is involved in integrating diverse data sets, and inferring, creating and testing complex models. The talk will describe new approaches to family genetics using whole genome sequencing and new methods of trying to put it all together to understand human health and human disease.

For any additional information and for special needs, including child/family care resources available to conference attendees, please e-mail dvollmer@nyas.org or call Deanna Vollmer at  212.298.8611.