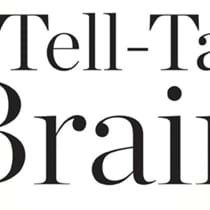 Drawing on strange and thought-provoking case studies, the eminent neurologist V. S. Ramachandran offers unprecedented insight into the evolution of the uniquely human brain. His new book, The Tell-Tale Brain is a "neuroscientist's quest for what makes us human."

V.S. Ramachandran is at the forefront of his field-so much so that Richard Dawkins dubbed him the "Marco Polo of neuroscience." Now, in a major new work, Ramachandran sets his sights on the mystery of human uniqueness. Taking us to the frontiers of neurology, he reveals what baffling and extreme case studies can teach us about normal brain function and how it evolved. Synesthesia becomes a window into the brain mechanisms that make some of us more creative than others. And autism-for which Ramachandran opens a new direction for treatment-gives us a glimpse of the aspect of being human that we understand least: self-awareness. Ramachandran tackles the most exciting and controversial topics in neurology with a storyteller's eye for compelling case studies and a researcher's flair for new approaches to age-old questions. Tracing the strange links between neurology and behavior, this book unveils a wealth of clues into the deepest mysteries of the human brain.

V. S. Ramachandran is director of the Center for Brain and Cognition, distinguished professor with the Psychology Department and Neurosciences Program at the University of California, San Diego, and adjunct professor of biology at the Salk Institute.

Dr. Ramachandran trained as a physician and subsequently went on to obtain a PhD on a scholarship from Trinity College at the University of Cambridge. His early work was on visual perception, but he is best known for his experiments in behavioral neurology, which, despite their extreme simplicity, have had a profound impact on the way we think about the brain. He has been called "the Marco Polo of neuroscience" by Richard Dawkins and "the modern Paul Broca" by the Nobel laureate Eric Kandel.

In 2005 Dr. Ramachandran was awarded the Henry Dale Medal and elected to an honorary life membership by the Royal Institute of Great Britain. His other honors and awards include a fellowship from All Souls College, two honorary doctorates, the annual Ramon Y Cajal Award from the International Neuropsychiatry Society, and the Ariens-Kappers Medal from the Royal Nederlands Academy of Sciences. In 2003 he gave the annual BBC Reith lectures, the first of which was given by Bertrand Russell in 1949. In 1995 he gave the Decade of the Brain Lecture at the 25th annual (Silver Jubilee) meeting of the Society for Neuroscience. Most recently, the president of India conferred upon him the second-highest civilian award and honorific title in India: the Padma Bhushan.

Dr. Ramachandran's much-acclaimed book Phantoms in the Brain formed the basis for a two-hour PBS special. He has appeared on The Charlie Rose Show, and Newsweek named him a member of the "Century Club"—one of the one hundred most important people to watch this century.