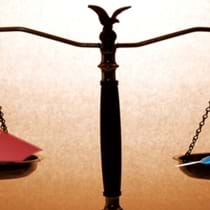 Vaccines Under the Gun

Recent outbreaks of vaccine-preventable diseases (measles, 2008; mumps, 2009, meningitis, 2009; pertussis, 2010) have shown that as more children remain unvaccinated, community immunity has broken down. Several recent legal cases (CHOP vs Health Care Workers Union 1199, AFL-CIO; Bruesewitz vs Wyeth) have underlined the battle between the rights of the individual vs. the good of society. This half-day symposium examines historical approaches to vaccination, the evolution and use of the National Childhood Vaccine Injury Act, community-wide and personal safety considerations, social implications of these decisions, and the impact of recent arbitration, in this fast-evolving field, from a scientific, legal and social perspective.

Perri Klass, MD, is Professor of Journalism and Pediatrics at New York University. She graduated from Harvard Medical School and completed a residency in pediatrics at Boston Children's Hospital. She is the author of several books about medical training, A Not Entirely Benign Procedure: Four Years as a Medical Student, Baby Doctor: A Pediatrician's Training, and most recently Treatment Kind and Fair: Letters to a Young Doctor, as well as other works of fiction and nonfiction. She writes regularly about issues of medical practice, pediatrics and children's health, literacy, and medical experience in numerous publications, including the New England Journal of Medicine and The New York Times Science Section. She is the National Medical Director of Reach Out and Read, a national program which promotes early literacy and reading aloud through pediatric primary care providers. She has received the American Academy of Pediatrics Education Award, the Women's National Book Association Award, and a James Beard Foundation Journalism Award for Magazine Writing on Diet, Nutrition and Health. In 2010 she received a Doctor of Medicine Honoris causa from the University of South Florida School of Medicine.

Paul A. Offit, MD is the Chief of the Division of Infectious Diseases and the Director of the Vaccine Education Center at the Children’s Hospital of Philadelphia. In addition, Dr Offit is the Maurice R. Hilleman Professor of Vaccinology and a Professor of Pediatrics at the University of Pennsylvania School of Medicine. He is a recipient of many awards including the J. Edmund Bradley Prize for Excellence in Pediatrics from the University of Maryland Medical School, the Young Investigator Award in Vaccine Development from the Infectious Disease Society of America, and a Research Career Development Award from the National Institutes of Health. Dr Offit has published more than 140 papers in medical and scientific journals in the areas of rotavirus-specific immune responses and vaccine safety. He is also the co-inventor of the rotavirus vaccine, RotaTeq, recommended for universal use in infants by the CDC; for this achievement Dr Offit received the Jonas Salk Medal from the Association for Infection Control and Epidemiology, the Luigi Mastroianni Clinical Innovator and the William Osler Awards from the University of Pennsylvania School of Medicine, the Charles Mérieux Award from the National Foundation for Infectious Diseases; and was honored by Bill and Melinda Gates during the launch of their Foundation’s Living Proof Project for global health. In 2009, Dr Offit received the President’s Certificate for Outstanding Service from the American Academy of Pediatrics. Dr Offit was a member of the Advisory Committee on Immunization Practices to the Centers for Disease Control and Prevention, is a founding advisory board member of the Autism Science Foundation, and is the author of three medical narratives: The Cutter Incident: How America’s First Polio Vaccine Led to Today’s Growing Vaccine Crisis (Yale University Press, 2005), Vaccinated: One Man’s Quest to Defeat the World’s Deadliest Diseases (HarperCollins, 2007), for which he won an award from the American Medical Writers Association, and Autism’s False Prophets: Bad Science, Risky Medicine, and the Search for a Cure (Columbia University Press, 2008). A fourth book, titled Deadly Choices: How the Anti-Vaccine Movement Threatens Us All, will be published by Basic Books in December 2010.

Dan Thomasch is a graduate of Columbia Law School and a litigation partner in private practice in New York City. He specializes in litigating pharmaceutical and biotech cases involving complex scientific evidence, and has been handling trials and appeals of product liability and patent cases concerning childhood vaccines for more than 25 years. Since 2002, Dan has led a team of litigators serving as national counsel for Wyeth (now Pfizer) in more than 350 cases involving claims that childhood vaccines containing the preservative thimerosal have caused some children to develop “autistic-spectrum disorders”. In that capacity, Dan won a two-week Frye hearing in a Maryland state trial court — the first such hearing nationally that challenged the admissibility of scientific evidence purporting to link thimerosal-containing vaccines and autism — and argued and won the first preemption motion ever decided under the National Childhood Vaccine Injury Act. Dan argued and won the appeals in both actions, and served as the lead writer for Wyeth's briefs in the Bruesewitz case in the U.S. Supreme Court.

Trine Tsouderos is an award-winning science and medical reporter at the Chicago Tribune. Tsouderos and colleague Patricia Callahan spent a year investigating alternative treatments for autism, leading to a series of stories that deemed them risky and unproven. After the series ran, medical boards in two states launched investigations into physicians featured in the stories, one dubious product was pulled from store shelves and the FDA sent warning letters to companies selling dubious chelating drugs to the public. Last year, Tsouderos wrote about Dr. Mehmet Oz, chronic fatigue syndrome, medical marijuana, antibiotic-resistant bacteria and the dubious medical diagnosis and treatment of chronic Lyme disease. A graduate of the University of North Carolina at Chapel Hill, she got her start covering rural health at The Wilson Daily Times and later reported for The Tennessean. For their stories on alternative treatments for autism, she and Callahan were awarded First Place in the Association of Healthcare Journalists' Awards for Excellence in Health Care Journalism and received an Honorable Mention in the prestigious Casey Medal for Meritorious Journalism. She lives in Oak Park, Ill., with her husband and two kids.

For sponsorship opportunities, please contact Carmen McCaffery at cmccaffery@nyas.org or 212.298.8642.

In 2009, The Children's Hospital of Philadelphia required all healthcare workers (approximately 9,400 employees) to receive an influenza vaccine. If workers refused, they were given two weeks of unpaid leave to reconsider their decision. If they still refused, their employment was terminated. Nine employees chose to lose their jobs, five of whom were members of a local healthcare workers union. Members of the union filed a complaint which was arbitrated in May 2010 with a decision rendered in September 2010 in favor of the hospital. Events that led to the influenza vaccine mandate and the subsequent fallout will be discussed.

The Vaccine Injury Compensation Program: A Lesson in Unintended Consequences

The National Childhood Vaccine Injury Act of 1986 ("the Act") was intended to create a streamlined compensation program for the small number of children who suffer serious adverse events from vaccines, and to ensure an uninterrupted supply of vaccines by reducing the litigation risks facing vaccine manufacturers. The Act was passed at the height of media-driven litigation about the supposed risks of whole-cell DTP vaccines, and was intended to move vaccine injury claims out of the traditional court system and into an administrative setting in which claims are brought against HHS (not manufacturers) and awards are paid out of a fund that is maintained through a small per-dose surtax on childhood vaccines. Under the Vaccine Act, individual compensation claims proceed largely out of the public eye, allowing compensation decisions to be accompanied by far less sensationalism than typically surrounds civil litigation. For 15 years, the Act largely accomplished these goals, but the situation changed markedly in 2001-2002, when anti-vaccine advocates, united through the internet, began their campaign to link vaccines and autism, despite all scientific evidence to the contrary. Over much of the last decade, anti-vaccine advocates have fought their battle on two fronts; in the media and in Vaccine Court, where thousands of petitioners asserting autism to be a vaccine-related injury have advanced their general causation theories through the trial of ‘test cases’ in the Omnibus Autism Proceeding. In the process, Vaccine Court has been transformed into a forum for junk science about an alleged epidemic of vaccine-induced autism.

Although the Vaccine Court largely succeeded in separating separate scientific fact from politicized fiction to conclude that there is no credible scientific evidence linking vaccines and autism, that Court's uniform rejection of petitioners' general causation theories in the autism test cases has had the unintended effect of making it more likely that vaccine manufacturers will again face a deluge of product liability claims in state courts. Additionally, the ill-advised settlement of one individual claim by HHS provided fuel to anti-vaccine media outlets. Whether state courts will become again a forum for baseless claims of vaccine-related injuries depends in large part on the outcome of Bruesewitz v. Wyeth, Inc., a preemption case argued in the Supreme Court of the United States in October 2010. The implications of a decision in that case will be significant not only for vaccine manufacturers, but for childhood public health in the United States.

Vaccine Roulette: Why the Media Got it Wrong

Much of the blame for the vaccine panic has been placed on Andrew Wakefield, the disgraced British researcher whose fraudulent, and now retracted, 1998 study in The Lancet linked autism with the measles-mumps-rubella vaccine. But Wakefield’s small study, published in a medical journal, would never have reached the public without the help of the media, which, for the next dozen years, helped spread the fear of vaccines far and wide, resulting in a crumbling herd immunity in some communities, and the resurgence of dangerous childhood diseases like measles and Hib. How did the media get it wrong, and why? Tsouderos will talk about the history of the current vaccine scare, which started not with Wakefield, but with a network television segment titled, “Vaccine Roulette,” that scared a generation of parents and helped launch the modern anti-vaccine movement. Tsouderos will also talk about the journalistic convention of “balance” and why it is fine for reporting on people’s opinions about the mayor, but misleading and outright dangerous when reporting about medical issues. She will also talk about a turning of the tide on vaccine reporting as media outlets, from Salon to CNN, that have gotten it wrong begin to get it right.