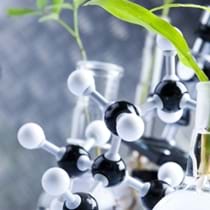 Beyond Ideology: How Should We Feed Ourselves if We Care About Nature?

Agriculture already uses almost 40 percent of the Earth’s land mass—and with world population expected to add another 2–3 billion people by century’s end, that figure seems destined to increase, putting more pressure on natural systems that are already stressed by water scarcity, nutrient runoff, and other agricultural byproducts. Meanwhile, fishing stocks are widely reported to be on the verge of collapse globally. So what’s the answer? Genetically modified organisms? A new Green Revolution? A widespread change in diets? Five scientists discuss the challenges and potential solutions that could feed the people and protect nature.

Other upcoming events in this series:
• Energy for the Next 20 Years: Protecting the Environment and Meeting Our Demands, January 12, 2012
• Creating the Next Conservation Movement—Or Do We Even Need One?, February 23, 2012
• Nature and the City: What Good is Urban Conservation?, April 16, 2012

Bryan Walsh, senior editor for TIME International, edit stories on politics, business and the environment for the global edition of TIME. He also writes for TIME and TIME.com, focuses on environmental issues, general interest and national stories. He writes the Going Green column for TIME and TIME.com and contributes to TIME.com's environmental issues blog, Ecocentric. A former Tokyo bureau chief for TIME, Walsh was named senior writer in April 2011 and is based in New York. Before his stint in Tokyo, Walsh worked as a Hong Kong-based reporter as well as staff writer for TIME Asia, where he covered a wide range of subjects, focusing on public health, science and the environment. He wrote extensively on the SARS outbreak, reporting from the laboratories of the University of Hong Kong and Prince of Wales hospital. Additionally, he wrote numerous cover stories for TIME Asia on topics ranging from the rise in global obesity to the threat of Avian Flu. Walsh was awarded a Knight Public Health Journalism Fellowship from the Center for Disease Control Foundation. As part of this fellowship, he attended training at the U.S. Centers for Disease Control during summer 2010. Born and raised in Doylestown, Penn., Walsh is a graduate of Princeton University.

Doctorate in anthropology from Oxford University in 1988, followed by research posts at the universities of Edinburgh, Cambridge and Harvard. He then returned to Brazil to direct an EU-Brazilian project assessing mercury contamination linked to gold mining in the Amazon. Joined The Nature Conservancy in 1999, where he set up the Conservancy’s Amazon program. Subsequently based in Rio de Janeiro as Director of Conservation Programs for Latin America, leading work with the private sector, especially agribusiness. Returning to the USA in 2010, he took up a new position as the Conservancy’s director of global agriculture. Author of several books and articles on development and environmental issues, especially in Brazil, and a frequent media commentator, he is based in Boston where he lives with his wife and three children. Blog: http://blog.nature.org/author/dcleary/

Jonathan Foley is the director of the Institute on the Environment (IonE) at the University of the Minnesota, where he is a professor and McKnight Presidential Chair in the Department of Ecology, Evolution and Behavior. He also leads the IonE’s Global Landscapes Initiative. Foley’s work focuses on the sustainability of our civilization and the global environment. He and his students have contributed to our understanding of global food security, global patterns of land use, the behavior of the planet’s climate, ecosystems and water cycle, and the sustainability of the biosphere. This work has led him to be a regular advisor to large corporations, NGOs and governments around the world. Foley joined the University of Minnesota in 2008, after spending 15 years on the faculty of the University of Wisconsin, where he founded the Center for Sustainability and the Global Environment. He and his colleagues have published numerous articles in the scientific literature, including highly cited work in Science, Nature and the Proceedings of the National Academy of Sciences. He has also written many popular articles and essays, including pieces in the New York Times, Scientific American, SEED, E360, the Guardian, Momentum, and elsewhere. His public presentations on global issues have been featured at hundreds of venues, including the Aspen Environmental Forum, the Quatauqua Institution, and TED. Although originally from Maine, Foley now considers the Upper Midwest his home. He enjoys a wide range of activities, including kayaking, bicycling, gardening and exploring new places—often with his two young daughters leading the way.

Doug Gurian-Sherman is a senior scientist in the Food & Environment Program at the Union of Concerned Scientists (UCS). Previously, he was senior scientist at the Center for Food Safety in Washington, DC, and the founding co-director and science director for the biotechnology project at the Center for Science in the Public Interest. He also worked at the U.S. Environmental Protection Agency (EPA) where he was responsible for assessing human health and environmental risks from transgenic plants and microorganisms and developing biotechnology policy. Dr. Gurian-Sherman obtained his bachelor’s degree from the University of Michigan School of Natural Resources and master’s and doctorate degrees in plant pathology from the University of California at Berkeley before doing post-doctoral research on rice and wheat molecular biology with the U.S. Department of Agriculture. His recent papers include Raising the Steaks: Global Warming and Pasture-Raised Beef Production in the United States, No Sure Fix: Prospects for Reducing Nitrogen Fertilizer Pollution through Genetic Engineering, Failure to Yield: Evaluating the Performance of Genetically Engineered Crops and CAFOs Uncovered: The Untold Costs of Confined Animal Feeding Operations. Dr. Gurian-Sherman has been widely cited by the national and international media, and has served as an advisor for national and international organizations including the U.S. Food and Drug Administration, the U.S. Department of Agriculture, and the U.N. Food and Agriculture Organization.

Phillip Levin leads the Ecosystem Science Program and the Nearshore Ecology Team at NOAA Fisheries’ Northwest Fisheries Science Center in Seattle, WA, USA. Dr. Levin is a community ecologist and conservation biologist who is interested In bridging the gaps between theory and practice in conservation biology and fisheries science, and developing modeling and statistical approaches to inform ecosystem-based management of marine systems. The main focus of his current work is on developing scientific tools to inform Integrated Ecosystem Assessments and Coastal and Marine Spatial Planning in the United States (and beyond). Levin is the scientific co-lead of NOAA’s Integrated Ecosystem Assessment efforts in the California Current Large Marine Ecosystem and Puget Sound. In the course of this work, he has led the development of new analytical tools for characterizing ecosystem health and forecasting the cumulative effects of fisheries management, coastal zone management and climate change on living marine resources. Dr. Levin received the Department of Commerce Silver Award for his work on marine ecosystems, and the Seattle Aquarium’s Conservation Research Award for his work on Puget Sound sharks. He has published over 100 scientific papers in peer-reviewed journals, book chapters and technical reports, and his work has been featured in such news outlets as NPR, the BBC, MSBNC, The Economist, among others. Levin is the Senior Editor of the scientific journal, Conservation Letters, recently served as President of the Western Society of Naturalists, and has served on numerous editorial boards and scientific advisory panels. Before joining the National Marine Fisheries Service in 1999, Dr. Levin was an Assistant Professor of Marine Biology at Texas A&M University. He received his Ph.D. in zoology from the University of New Hampshire in and was a postdoctoral fellow at the University of North Carolina.

Eleanor Sterling is Director of the Center for Biodiversity and Conservation at the American Museum of Natural History and Director of Graduate Studies at the Department of Ecology, Evolution, and Environmental Biology at Columbia University. Dr. Sterling received a B.A. from Yale College in 1983 and M.Phil and PhD. Degrees in anthropology and forestry and environmental studies from Yale University in 1993. Dr. Sterling leads the development and coordination of the Center's national and international field projects and the development of curricula for undergraduate and graduate level educators. In her capacity as a conservation biologist, she studies and communicates about the interdependence between people and biodiversity and the benefits, such as good, healthy food, of managing both effectively.