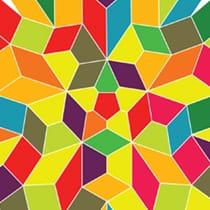 Interest in the role of cell metabolism in cancer has experienced a recent resurgence. Despite considerable investigation, the regulatory mechanisms of the interconnected metabolic networks of nutrient and energy signaling are not fully understood. This symposium explores the cross-talk at different levels of organization of the cellular machinery, including the relationship between SNPs and CNVs, and changes in the cancer cell transcriptome. A systems biology approach to analyzing the regulation of cell metabolism should clarify our understanding of the relationship between cell growth, cancer and metabolism.

Pablo Meyer received his Bachelor degree in Physics from the Universidad Nacional Autonoma de Mexico (2002), MS in Physics from the University of Paris (1999) and his PhD in Biology from Rockefeller University (2005) receiving a Burroughs Wellcome Fellowship for his work on live imaging of protein interactions in the Drosophila circadian clock. In 2007 he received a Helen Hay Whitney Fellowship to work at Columbia University on live-imaging of metabolism during sporulation in Bacillus Subtillis. In 2010 he joined the IBM Computational Biology center at IBM Research where he is a DREAM project organizer and finds himself in the intersection between modelling, data analysis and wet lab. His most recent interests are in enzyme distribution in the cell in and their link to Metabolism/Cancer via high-throughput biological-data analysis.

Gustavo Stolovitzky received his MS in Physics, from the University of Buenos Aires (1987) and his PhD in Mechanical Engineering from Yale University (1994) receiving the Henry Prentiss Becton Prize, for Excellence in Engineering and Applied Sciences. In 1998 he joined the IBM Computational Biology center at IBM Research. His most recent interests are in the field of high-throughput biological-data analysis, reverse engineering biological circuits, the mathematical modeling of biological processes and new generation technologies for DNA sequencing. Gustavo leads the DREAM project on assessment of systems biology models, has co-authored more than 90 scientific publications, 15 patents and edited 2 books. His work has been highlighted in The New York Times, The Economist, Technology Review and Scientific American (where his DNA transistor project was chosen as one of the 10 world changing ideas of 2010) among other media. Gustavo is a Fellow of the NY Academy of Sciences, a Fellow of the American Physical Society, a fellow of the American Association for the Advancement of Science, an adjunct Associate Professor at Columbia University and the Manager of the IBM Functional Genomics and Systems Biology Group.

Dr. Locasale's research focuses on understanding metabolism in cell growth, cancer pathogenesis and therapeutic intervention. His efforts have focused on understanding the Warburg Effect — the observation that tumor cells process glucose through fermentation even when oxygen is abundant for respiration. He has defined the mechanistic principles that lead to the Warburg Effect and is now investigating its downstream consequences on cellular physiology. He is currently translating this knowledge to develop biomarkers of agents that affect glucose metabolism in cancer. As a postdoctoral fellow, Dr. Locasale made the seminal discovery that a major pathway utilized by glucose-metabolizing cancer cells involved the diversion of glycolytic flux into one-carbon metabolism through de novo serine and glycine metabolism. Dr. Locasale is currently pursuing the role this pathway in disease pathogenesis and cell transformation and this work has led him to study the interplay between metabolism, signal transduction, and epigenetics. At the core of this effort lies the utilization of computational modeling and mass spectrometry-based metabolomics. Together this systems biology approach combines these tools with an integration of genetics, biochemistry, and cell biology.

Dr. Locasale is a recipient of the NIH Pathway to Independence Award, the Ruth Kirchstein National Service Award, the Benjamin Trump Award for Excellence in Cancer Research from the Aspen Cancer Society, and was elected as a Junior Fellow at the Bert and N. Kuggee Vallee Foundation. Dr. Locasale serves on the advisory board of the American Association of Cancer Research — Chemistry in Cancer section. Dr. Locasale also serves on the scientific advisory board of Immuneering Corporation — a company devoted to identifying biomarkers in clinical trials, and serves as a consultant for Agios Pharmaceuticals — a company developing therapeutics that target cancer and metabolic disease. He has authored over 35 publications and has co-authored numerous textbooks and patents.

Vamsi K. Mootha, MD is Professor of Systems Biology and Medicine at Harvard Medical School. His laboratory, based at Massachusetts General Hospital and the Broad Institute, focuses on mitochondria. His group has applied mass spectrometry and computation to characterize the mitochondrial proteome. In recent years, it has combined genetics, genomics, and physiology to discover over ten human disease genes, as well as the molecular basis for mitochondrial calcium uptake. A growing arm of his research team, funded by an NIH Transformative RO1, is searching for novel therapeutics for orphan mitochondrial disease. Dr. Mootha has received a number of awards, including a MacArthur Prize, the Daland Prize of the American Philosophical Society, and the MGH Martin Prize for Basic Research.

Carol Prives is the DaCosta Professor of Biological Sciences at Columbia University. She was educated in Canada, receiving her BSc and PhD from McGill University. After postdoctoral training at Albert Einstein College of Medicine and the Weizmann Institute, she became a faculty member at the Weizmann after which she joined the Biological Sciences Department at Columbia University. Since the late 1980’s her work has focused on the p53 tumor suppressor when she established conditions for purifying and characterizing the p53 protein biochemically and her group was among the first to show that p53 is a sequence specific transcriptional activator. She also found that tumor-derived mutant forms of p53, especially those that are mutated with high frequency, are defective in such transactivation. Her laboratoryhas continued to study p53 as a DNA binding transactivator, with special focus on mechanisms by which p53 selects its target genes. She and her colleagues also provided the first model for stabilization of p53 by genotoxic stress by showing that p53 becomes phosphorylated after DNA damage at sites that weaken its interaction with its negative regulator Mdm2. She has continued to study the structure and functional regulation of Mdm2 and its relationship to p53. After the p53 homologues, p63 and p73, were identified, she developed and tested the hypothesis that one of the modes by which some tumor derived mutant forms of p53 elicit pro-oncogenic activities is through down-regulation of the apoptotic functions of p63/p73. Since then her work has focused on many aspects of the p53 family and on mutant p53. Recently her laboratory examined mutant p53 pro-oncogenic activities in breast cancer cell lines using the "3D" culture protocol.Dr Prives has received numerous honors including election to the American Academy of Arts and Sciences, the Institute of Medicine and the National Academy of Sciences. She has received numerous awards and lectureships including the NCI Rosalind E Franklin Award for Women in Science and the AACR-Women in Cancer Research Charlotte Friend Memorial Lectureship Award.

This seminar topic will discuss advances in our understanding of the rewiring of metabolism in cancer pathogenesis. At the core of this effort lies the utilization of computational modeling and mass spectrometry. Using these tools, we have studied the effects of an alternative glycolytic pathway observed in proliferating cells that we recently identified. These efforts have enumerated several principles of glycolytic regulation in cancer cells. I will further discuss the characterization of a metabolic pathway that was identified using this approach, which is genetically selected for and possibly drives the development of human cancer. This pathway involves the diversion of glycolytic flux into de novo serine metabolism through phosphoglycerate dehydrogenase (PHGDH).

In this talk I will present our recent efforts to develop a strategy to systematically profile metabolic pathway activity, and its application to the NCI-60 collection. By integrating the resulting measures with previously published measures of gene expression and drug sensitivity, we identify a mitochondrial pathway that appears to be critical in supporting rapid cancer cell proliferation. The results reveal a potentially new metabolic vulnerability of cancer that could in principle be pharmacologically targeted.

Regulation of Mevalonate Pathway And Other Pro-Oncogenic Genes by Mutant and Wild-type Forms of p53
Carol Prives, Department of Biological Sciences, Columbia University

Whereas wild-type p53 plays many roles in tumor suppression, the common missense mutant forms of p53 that occur frequently in human cancer can promote neoplasia. We have long been interested in the modes by which such tumor-derived mutant forms of p53 contribute to the malignant phenotype. We recently reported (Freed-Pastor et al, Cell, 2012) that some breast cancer cell lines harboring mutant forms of p53 grown in 3D cultures appear less invasive and disordered when their resident p53 is ablated by shRNA. In this setting mutant p53 regulates expression of myriad genes in the mevalonate pathway that results in cholesterol biosynthesis, and this pathway contributes to the malignant appearance of these cells. Most relevantly, inbreast cancer datasets mutant p53 expression is correlated with increased mevalonate pathway gene expression and both are correlated with poorer patient survival.We have now foundthatwild-type p53 can actuallyrepress expression of mevalonate pathway genes, in particular HMGCR that encodes the rate limiting enzyme in cholesterol biosynthesis. We have also discovered that mutant p53 up-regulates the VEGFR and integrin beta 4 genes that play roles in invasion and angiogenesis. Our goal is to elucidate the mechanism by which mutant forms of p53 activate, while wild-type p53 represses, pro-proliferative genes in breast cancer cells.