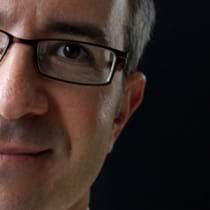 Presented by the Research Corporation for Science Advancement, Discover Magazine, and Science & the City

Despite popular depictions on televisions and in film, scientific discoveries don't always come as "Eureka!" moments after years of careful study and pursuit. A fair portion of scientific discoveries are the result of "that's so crazy it just might work" thinking, or even, "this might fail, but we have to try it" ideas.

High-risk, high-reward science is defined by unique ideas and unconventional approaches that have the potential to create new models or fields within science and engineering or to radically change our understanding of a current concept. Such high-risk ideas may seem obvious in hindsight, but at the time they are unorthodox, impossible, or simply crazy. Yet there are organizations and individuals who make it their mission to identify and invest in these crazy and possibly brilliant ideas.

Join Research Corporation for Science Advancement, New York Academy of Sciences, and Discover Magazine in a thoughtful, honest, and wide-ranging conversation about what it takes to pursue unorthodox ideas and more importantly, what can we do to cultivate more creative leaps in science and technology.

Corey S. Powell is the Editor-in-Chief at DISCOVER magazine. During his 15-year tenure there, he has also launched the magazine's web site and directed its technology awards program. Before that he spent 8 years on the Board of Editors at Scientific American. Powell served as a producer on "Last Days on Earth" for ABC News and on "Joe Genius" for the online network Revision3; and was adjunct professor in NYU's Science Health and Environmental Reporting Program. He is also the author of God in the Equation, an exploration of the spiritual impulse in modern cosmology.

Jon Gertner is an editor and writer whose stories on business, science, and society have appeared in a host of national magazines and have been widely anthologized. Between 2004 and 2011, Gertner worked as a writer for The New York Times Magazine. He is currently an editor at Fast Company magazine, where he writes and edits feature stories about innovation and technology. Gertner's new book from Penguin Press—The Idea Factory: Bell Labs and the Great Age of American Innovation—explores the origins of modern communications technologies and offers a historical perspective on Bell Labs' extraordinary innovative capabilities.

Brian Greene is a professor of physics and mathematics at Columbia University, and is recognized for a number of groundbreaking discoveries in his field of superstring theory. His books include The Elegant Universe, which has sold more than a million copies worldwide; his related three-part NOVA special won an Emmy Award and a Peabody Award. Greene is co-director of Columbia's Institute for Strings, Cosmology, and Astroparticle Physics (ISCAP), and is leading a research program applying superstring theory to cosmological questions. With producer Tracy Day, he is also the co-founder of the World Science Festival.

Shelley Harrison is Senior Advisor at Coller Capital, a $12 billion global investor in private equity, and Head of Corporate Portfolio Ventures. He was previously the co-founder of Symbol Technologies, which received the National Medal of Technology Award. He was also the Chairman and CEO of Spacehab Inc. whose pressurized laboratory modules supported space science experiments aboard 18 NASA shuttle missions. Shelley is an NYU Applied Scientist and Entrepreneur in Residence, sits on the Board of Senior Advisors at NYU Innovation Venture Fund, and is a Trustee of Continuum Health Care Partners, a group of 4 NYC hospital centers and 26 outpatient clinics.

Michal Lipson is an Associate Professor at the School of Electrical and Computer Engineering at Cornell University, Ithaca NY. Her research focuses on novel on-chip Nanophotonics devices. She holds numerous patents on novel micron-size photonic structures for light manipulation, and is the author of over 100 technical papers in journals in Physics and Optics. She has pioneered several of the critical building blocks for silicon photonics including the GHz silicon modulators. Professor Lipson's honors and awards include OSA Fellow, IBM Faculty Award, NSF Early Career Award, and the MacArthur Genius Award.