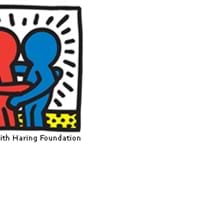 New Paradigms of Risk and Protection: Understanding the HIV Epidemics among Gay and Bisexual Men 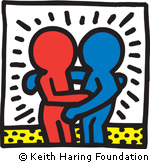 HIV epidemics among gay, bisexual, and other men who have sex with men (MSM) are fundamentally different from other groups at risk. These differences help explain why HIV epidemics among these men are expanding in low, middle, and high income countries, including the US, and why current HIV prevention and treatment programs are not working as well as they should. Biological, network, and social/structural factors combine for these men and lead to more rapid and efficient HIV spread in their communities—individual risk behaviors for HIV infection contribute only modestly to these dynamics. Responding to the epidemics of HIV among gay and other MSM will be challenging and require leadership, vision, and new science. This response is critical in order to achieve global control of HIV in the years to come.

This conference will explore how novel and more effective HIV prevention programs for MSM may reduce infectiousness through markedly expanding testing and treatment of HIV-positive men, and reduce risk of acquisition among HIV-negative men through the use of Pre-exposure Prophylaxis (PrEP), the development of a rectal microbicide, and increased access to and coverage for condoms and condom-compatible lubricant. Current prevention tools and the policy reforms and structural changes key to expanding coverage and reaching men with culturally competent care will be examined. Finally, biologically based efforts, focused on the delivery of effective interventions, to address each gap in the testing to treatment cascade, and ensure safe and affirming spaces for prevention, treatment, and care will be explored.

Please note: Transmission of presentations via the webinar is subject to individual consent by the speakers. Therefore, we cannot guarantee that every speaker's presentation will be broadcast in full via the webinar. To access all speakers' presentations in full, we invite you to attend the live event in New York City where possible.

Registration includes a complimentary, one-year membership to the New York Academy of Sciences. Complimentary memberships are provided to non-members only and cannot be used to renew or extend existing or expiring memberships. A welcome email will be sent upon registration which will include your membership credentials.

Dr. Farley is Commissioner of the New York City Department of Health and Mental Hygiene. Under his leadership, the agency is addressing the social and environmental factors underlying the nation's greatest public health threats, including smoking, obesity, diabetes and heart disease. Dr. Farley is trained as a pediatrician and served in the Centers for Disease Control's Epidemic Intelligence Service. He has conducted research and published articles on a wide range of topics, including Legionnaires' disease, prevention of HIV/STDs, youth violence, infant mortality, and obesity. He is coauthor with RAND Senior Scientist Deborah Cohen of Prescription for a Healthy Nation.

The Foundation for AIDS Research (amfAR)

Centers for Disease Control and Prevention, Division of HIV/AIDS Prevention

Successes and Challenges of HIV Prevention in Men Who Have Sex with Men
Patrick Sullivan, PhD, DVM

Men who have sex with men (MSM) have been substantially affected by HIV epidemics worldwide. Epidemics in MSM are re-emerging in many high-income countries and gaining greater recognition in many low-income and middle-income countries. Better HIV prevention strategies are urgently needed. Our review of HIV prevention strategies for MSM identified several important themes. At the beginning of the epidemic, stand-alone behavioral interventions mostly aimed to reduce unprotected anal intercourse, which, although somewhat efficacious, did not reduce HIV transmission. Biomedical prevention strategies reduce the incidence of HIV infection. Delivery of barrier and biomedical interventions with coordinated behavioral and structural strategies could optimize the effectiveness of prevention. Modeling suggests that, with sufficient coverage, available interventions are sufficient to avert at least a quarter of new HIV infections in MSM in diverse countries. Scale-up of HIV prevention programs for MSM is difficult because of homophobia and bias, suboptimum access to HIV testing and care, and financial constraints.

Comprehensive Clinical Care for Men Who Have Sex with Men: An Integrated Approach
Kenneth Mayer, MD

Men who have sex with men (MSM) have unique health-care needs, not only because of biological factors such as an increased susceptibility to infection with HIV and sexually transmitted infections associated with their sexual behavior, but also because of internalization of societal stigma related to homosexuality and gender non-conformity, resulting in depression, anxiety, substance use, and other adverse outcomes. Successful responses to the global HIV/AIDS epidemic will require the development of culturally sensitive clinical care programmers for MSM that address these health disparities and root causes of maladaptive behavior (eg, societal homophobia). Health-care providers need to become familiar with local outreach agencies, hotlines, and media that can connect MSM with positive role models and social opportunities. Research is needed to understand how many MSM lead resilient and productive lives in the face of discrimination to develop assets-based interventions that build on community support. Optimum clinical care for sexual and gender minorities is a fundamental human right. MSM deserve to be treated with respect, and health-care providers need to interact with them in ways that promote disclosure of actionable health information.

Epidemics of HIV in men who have sex with men (MSM) continue to expand in most countries. We sought to understand the epidemiological drivers of the global epidemic in MSM and why it continues unabated. We did a comprehensive review of available data for HIV prevalence, incidence, risk factors, and the molecular epidemiology of HIV in MSM from 2007 to 2011, and modeled the dynamics of HIV transmission with an agent-based simulation. Our findings show that the high probability of transmission per act through receptive anal intercourse has a central role in explaining the disproportionate disease burden in MSM. HIV can be transmitted through large MSM networks at great speed. Molecular epidemiological data show substantial clustering of HIV infections in MSM networks, and higher rates of dual-variant and multiple-variant HIV infection in MSM than in heterosexual people in the same populations. Prevention strategies that lower biological transmission and acquisition risks, such as approaches based on antiretrovirals, offer promise for controlling the expanding epidemic in MSM, but their potential effectiveness is limited by structural factors that contribute to low health-seeking behaviors in populations of MSM in many parts of the world.

Comparisons of Disparities and Risks of HIV Infection in Black and Other Men Who Have Sex with Men in Canada, UK, and USA: A Meta-analysis
Gregorio Millett, MPH

Background:
We did a meta-analysis to assess factors associated with disparities in HIV infection in black men who have sex with men (MSM) in Canada, the UK, and the USA.

Methods:
We searched Embase, Medline, Google Scholar, and online conference proceedings from Jan 1, 1981, to Dec 31, 2011, for racial comparative studies with quantitative outcomes associated with HIV risk or HIV infection. Key words and Medical Subject Headings (US National Library of Medicine) relevant to race were cross-referenced with citations pertinent to homosexuality in Canada, the UK, and the USA. Data were aggregated across studies for every outcome of interest to estimate overall effect sizes, which were converted into summary ORs for 106,148 black MSM relative to 581,577 other MSM.

Findings:
We analyzed seven studies from Canada, 13 from the UK, and 174 from the USA. In every country, black MSM were as likely to engage similarly in serodiscordant unprotected sex as other MSM. Black MSM in Canada and the USA were less likely than other MSM to have a history of substance use (odds ratio, OR, 0•53, 95% CI 0•38-0•75, for Canada and 0•67, 0•50-0•92, for the USA). Black MSM in the UK (1•86, 1•58-2•18) and the USA (3•00, 2•06-4•40) were more likely to be HIV positive than were other MSM, but HIV-positive black MSM in each country were less likely (22% in the UK and 60% in the USA) to initiate combination antiretroviral therapy (cART) than other HIV-positive MSM. US HIV-positive black MSM were also less likely to have health insurance, have a high CD4 count, adhere to cART, or be virally suppressed than were other US HIV-positive MSM. Notably, despite a two-fold greater odds of having any structural barrier that increases HIV risk (eg, unemployment, low income, previous incarceration, or less education) compared with other US MSM, US black MSM were more likely to report any preventive behavior against HIV infection (1•39, 1•23-1•57). For outcomes associated with HIV infection, disparities were greatest for US black MSM versus other MSM for structural barriers, sex partner demographics (eg, age, race), and HIV care outcomes, whereas disparities were least for sexual risk outcomes.

Interpretation:
Similar racial disparities in HIV and sexually transmitted infections and cART initiation are seen in MSM in the UK and the USA. Elimination of disparities in HIV infection in black MSM cannot be accomplished without addressing structural barriers or differences in HIV clinical care access and outcomes.

Common Roots: A Contextual Review of HIV Epidemics in Black Men Who Have Sex with Men across the African Diaspora
Gregorio Millett, MPH

Pooled estimates from across the African diaspora show that black men who have sex with men (MSM) are 15 times more likely to be HIV positive compared with general populations and 8·5 times more likely compared with black populations. Disparities in the prevalence of HIV infection are greater in African and Caribbean countries that criminalize homosexual activity than in those that do not criminalize such behavior. With the exception of US and African epidemiological studies, most studies of black MSM mainly focus on outcomes associated with HIV behavioral risk rather than on prevalence, incidence, or undiagnosed infection. Nevertheless, black MSM across the African diaspora share common experiences such as discrimination, cultural norms valuing masculinity, concerns about confidentiality during HIV testing or treatment, low access to HIV drugs, threats of violence or incarceration, and few targeted HIV prevention resources.

A Call to Action for Comprehensive HIV Services for Men Who Have Sex with Men
Chris Collins, MPP

Where surveillance has been done, it has shown that men (MSM) who have sex with men bear a disproportionate burden of HIV. Yet they continue to be excluded, sometimes systematically, from HIV services because of stigma, discrimination, and criminalization. This situation must change if global control of the HIV epidemic is to be achieved. On both public health and human rights grounds, expansion of HIV prevention, treatment, and care to MSM is an urgent imperative. Effective combination prevention and treatment approaches are feasible, and culturally competent care can be developed, even in rights-challenged environments. Condom and lubricant access for MSM globally is highly cost effective. Antiretroviral-based prevention, and antiretroviral access for MSM globally, would also be cost effective, but would probably require substantial reductions in drug costs in high-income countries to be feasible. To address HIV in MSM will take continued research, political will, structural reform, community engagement, and strategic planning and programming, but it can and must be done.