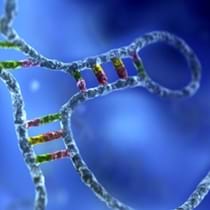 Presented by the Dr. Paul Janssen Award for Biomedical Research and the New York Academy of Sciences

Working at Harvard University and Massachusetts General Hospital, Drs. Victor Ambros and Gary Ruvkun and their groups identified and characterized the first microRNA. Dr. Ambros' laboratory yielded the discovery of the first microRNA and Dr. Ruvkun's laboratory identified how that microRNA regulates its target messenger. Together, they demonstrated that the microRNA inactivates its target through direct, base-pairing interactions. Since their discovery, the small RNA field has grown to thousands of papers, many focused on particular diseases and potential treatments. The research has come full circle — from fundamental biology to medicine, and today we recognize that the human genome contains perhaps as many as 1000 microRNAs that serve as pivotal regulators of both normal and disease physiology. In recognition of their role in the discovery of microRNA, Drs. Ambros and Ruvkun will receive the 2012 Dr. Paul Janssen Award for Biomedical Research.

This symposium will honor Ambros and Ruvkun, who will each reflect upon their early discoveries and ongoing research to better understand the molecular mechanisms by which microRNAs regulate gene expression. MicroRNAs have since been shown to play a critical role in embryonic development, blood-cell specialization, cancer, muscle function, metabolism, aging, heart disease, inflammation, viral infections, stem-cell behavior and neurological signaling. Following the Award lectures, leading scientists in the microRNA field will discuss new insights in the mechanism of microRNA-mediated target repression and specific microRNAs that are currently being pursued as diagnostic and prognostic indicators as well as clinical therapeutics.

Allison L. Abbott received a BS in Biology from the College of William and Mary. She attended graduate school at the Sackler School of Biomedical Sciences at Tufts University, earning a PhD in Cell, Molecular, and Developmental Biology. For her graduate work, she studied mechanisms of mammalian oocyte maturation with Dr. Tom Ducibella. She was a post-doctoral fellow at Dartmouth Medical School, working in the lab of Dr. Victor Ambros, a pioneer and expert in the study of microRNAs. In Dr. Ambros' lab, she studied the functions of microRNAs in the nematode C. elegans and described functional redundancy between related microRNA family members. Abbott joined the faculty at Marquette University in 2006 and is currently an Assistant Professor of Biological Sciences. Her research focus is to use genetic approaches to identify pathways and targets regulated by microRNAs in animal development.

Victor Ambros grew up in Vermont and graduated from MIT in 1975. He did his graduate research (1976-1979) with David Baltimore at MIT, studying poliovirus genome structure and replication. He began to study the genetic pathways controlling developmental timing in the nematode C. elegans as a postdoc in H. Robert Horvitz's lab at MIT, and continued those studies while on the faculty of Harvard (1984-1992), Dartmouth (1992-2007), and the University of Massachusetts Medical School (2008-present). In 1993, members of the Ambros lab identified the first microRNA, the product of lin-4, a heterochronic gene of C. elegans. Since then, the role of microRNAs in development has been a major focus of his research.

Greg Hannon is a Professor in the Watson School of Biological Sciences at Cold Spring Harbor Laboratory. He received a BA degree in biochemistry and a PhD in molecular biology from Case Western Reserve University. From 1992 to 1995, he was a postdoctoral fellow of the Damon Runyon-Walter Winchell Cancer Research Fund, where he explored cell cycle regulation in mammalian cells. After becoming an Assistant Professor at Cold Spring Harbor Laboratory in 1996 and a Pew Scholar in 1997, in 2000, he began to make seminal observations in the emerging field of RNA interference. In 2002 Dr. Hannon accepted a position as Professor at CSHL where he continued to reveal that endogenous non-coding RNAs, then known as small temporal RNAs and now as microRNAs, enter the RNAi pathway through Dicer and direct RISC to regulate the expression of endogenous protein coding genes. He assumed his current position in 2005 as a Howard Hughes Medical Institute Professor. In 2012, he was elected as a member to the National Academy of Sciences and continues to explore the mechanisms and regulation of RNA interference as well as its applications to cancer research.

Oliver Hobert obtained his diploma in biochemistry at the University of Bayreuth, Germany, in 1992 and his PhD in molecular biology at the Max Planck Institute for Biochemistry in Munich in 1995. Fascinated by the experimental amenability of the model system C. elegans, Hobert joined Gary Ruvkun's laboratory at Harvard Medical School for postdoctoral research. Studies on the function of several transcription factors allowed him to define his long-term research interest in how neurons in the nervous system are genetically programmed during development. In 1999, Hobert joined the faculty of the Department of Biochemistry and Molecular Biophysics at Columbia University College of Physicians and Surgeons, where he continues to pursue and expand his research interest in nervous system development. Hobert's laboratory focuses on the study of the molecular mechanisms that lead to the generation of specific neural circuits in the brain, which in turn subserve specific behaviors. They have been investigating key transcription factors involved in the generation, maintenance and modification of neural circuits, as well as how cell fate diversity is created in the nervous system.

Eric Lai's interest in developmental biology began at Harvard, where he studied the C. elegans homeoprotein Ceh-20 for his BA thesis with Gary Ruvkun. He did his PhD with James Posakony at UC San Diego, where he characterized a new family of Notch pathway components in Drosophila, and the repression of Notch target genes by novel 3' UTR sequence motifs. He continued to study the mechanism of Notch signaling as a postdoc with Gerald Rubin at UC Berkeley, but shifted his focus to small RNAs upon realizing that the post-transcriptional regulatory motifs he studied earlier were in fact microRNA binding sites. In 2005, Dr. Lai joined the Developmental Biology faculty at Sloan Kettering Institute in New York City.

Eric Lai's lab currently studies two general topics: (1) the biogenesis and biological activities of small regulatory RNAs, including microRNAs (miRNAs), small interfering RNAs (siRNAs) and piwi-interacting RNAs (piRNAs), and (2) the determination of cell fates via cell–cell signaling mediated by the Notch pathway. His group combines biochemical, genetic, and computational strategies towards understanding gene regulation at transcriptional and post-transcriptional levels. They have had particular interest in studying how these regulatory mechanisms direct the intricate patterning of Drosophila nervous system, and more recently, the self-renewal and differentiation of mammalian neural stem cells.

Gary Ruvkun was born in Berkeley and attended UC Berkeley as an undergraduate where he studied biology and physics. Dr. Ruvkun obtained his PhD in the lab of Fred Ausubel at Harvard in 1982. Dr. Ruvkun began to work with C. elegans as a postdoc with Bob Horvitz at MIT and Walter Gilbert at Harvard, where he explored the heterochronic genes that control the temporal dimension of development. This work led to the discovery of the first microRNA genes and their mRNA targets by the Ambros and Ruvkun labs, the discoveries by the Ruvkun lab that the mechanism of microRNA regulation of target mRNAs is post-transcriptional and that some microRNA genes are conserved across animal phylogeny, the computational discovery of hundreds of microRNAs by the Ruvkun lab, and the discovery of a common core microRNA and RNAi mechanism by the Ruvkun and Mello labs. Dr. Ruvkun's lab is now using functional genomic and genetic strategies to systematically discover the components of the RNAi and microRNA pathways in C. elegans.