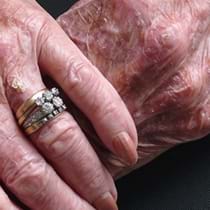 The Pharmacology of Aging: Why Age Matters

The older population (65 years and over) is currently the fastest growing age group in the US and this trend will continue for the next several decades. Aging is a complex and multi-dimensional process that is affected by many individual intrinsic and extrinsic factors. Consequently, there is a wide range of variability among the older individuals, in which some are fit with very few ailments, while others are frail with multiple organ dysfunctions. Nevertheless, overall older individuals have higher disease burden compared to younger adults and are the major users of medications. Marketing approval of a new drug should be based upon evidence of the safety and effectiveness in the intended target patient population, yet older patients are often excluded from clinical trials, even for the drugs that have high utility in this age group. Extrapolation of clinical results from younger individuals to older patients does not provide adequate benefit/risk estimation for drugs under investigation and a frequent need of dose adjustment in older patients from initially approved doses testifies the current lack of adequate clinical data for the older population. Considering significant age-dependent changes in physiology, pharmacology and psychiatric functions, better pharmacokinetic and pharmacodynamic understanding of this age population is essential. In this symposium, recent progress will be discussed on the patho/physiology of aging, cognitive dysfunctions, regulatory and industry perspectives on clinical drug development for older patients, and key clinical pharmacology considerations. The objectives is to learn the normal and diseased aging process, clinical parameters particularly pertinent to older patients, and improved clinical development strategy to allow a provision of evidence-based, patient-individualized treatment to patients in need.

US Food and Drug Administration

Seongeun Cho received her PhD in neuropharmacology from the Ohio State University College of Medicine. After completing a post-doctoral fellowship at University of Chicago, she joined Wyeth Neuroscience Research, where she led development of small molecules and therapeutic biologics for the treatment of neurological disorders. In 2009, she joined FDA, Office of Clinical Pharmacology, and supported a review and pre-market approval of NDAs and BLAs for neurological products. Recently, she has taken a role as an enforcement lead for the Division of Bioequivalence and Good Laboratory Practice in Office of Compliance and is working on enforcement strategy and policy. She is a member of Scientific Interest Group and has authored numerous scientific and regulatory white papers.

US Food and Drug Administration

Dr. Birnbaum is an Associate Professor in the Department of Experimental and Clinical Pharmacology in the College of Pharmacy at the University of Minnesota. She is a co-founder of the Center for Clinical and Cognitive Neuropharmacology and the Pharmacometrics Division of the Center for Forecasting Drug Response. Her expertise and research interests focus on the clinical pharmacokinetics of antiepileptic drugs in special populations. She has been working in the pharmacokinetic analyses and modeling field for 16 years. Dr. Birnbaum is/has been principal investigator on grants funded by the National Institutes of Health investigating the effect of pharmacokinetics of antiepileptic drugs and outcome measures in elderly nursing home patients.

Dr. Chien is Senior Research Advisor in Global Pharmacokinetics/Pharmacodynamics and Pharmacometrics, Eli Lilly and Company. Dr. Chien received her Ph.D. degree in 1997 from the Department of Pharmaceutics, School of Pharmacy at the University of Washington in Seattle, WA. She is a clinical team leader in the diabetes and metabolic disease therapeutic areas, utilizing drug-disease models, trial simulations and clinical utility decision tools to optimize drug candidate selections, development plans, study designs and dose-finding from preclinical to commercialization phase of drug development. Dr. Chien is also recognized for her expertise in the translational science of integrating physiologically-based and in vitro-in vivo approaches in the prediction of drug disposition and drug-drug interaction potentials in human. She has served as the chair of PhRMA PISC initiative on Human PK Prediction as well as a leader on several pharmaceutical industry and FDA sponsored initiatives to develop and apply predictive pharmacokinetic and drug-drug interaction methodologies. Dr. Chien is an affiliated faculty of the University of Washington, School of Pharmacy, and an Editor of Journal of Pharmaceutical Sciences "Trends in Clinical Trials and Translational Medicine." Dr. Chien has published numerous manuscripts, book chapters and Lilly internal guidance documents. She has given lectures and seminars in scientific conferences and universities on topics related to these areas of research.

Raymond and Anna Lublin Professor of Geriatric Medicine. Dr. Walston received his medical doctorate from the University of Cincinnati and completed a General Internal Medicine Residency and Geriatrics Fellowship at the Johns Hopkins University. Since joining the Geriatric Medicine faculty, his major clinical focus has been on Geriatric rehabilitation medicine. He was the Medical Director of the Terrace Rehabilitation Unit for several years, and still regularly attends on that unit. His research interests have focused on the identification of physiological and molecular underpinnings of chronic disease, frailty, and late-life vulnerability. He provides ongoing aging research and academic career mentorship for several highly successful junior faculty, post-doctoral fellows, and graduate students in the Division and across the Johns Hopkins Medical Institutions. He leads the NIA-sponsored Johns Hopkins Older American Independence Center and is the PI of several other grants that focus on inflammation biology and late life decline. Dr. Walston is also a co-founder and co-director of the Biology of Healthy Aging Program. He holds a joint appointment in the School of Nursing where he regularly lectures on frailty and geriatric clinical care.

Molly Zimmerman received her PhD in clinical psychology from the University of Cincinnati. She completed a clinical neuropsychology internship and NIA T32 Institutional Research Training Program in Dementiaat Brown University. Dr. Zimmerman currently works in the Department of Neurology at the Albert Einstein College of Medicine where she serves as the Director of Neuropsychology for two NIA funded program project grants on aging and dementia, the Einstein Aging Study and the Longevity Aging Study. Her research interests focus on age-related changes in cognition, sleep, and the experience of pain among older adults.

Frailty in older adults has been described as syndrome of late-life decline that marks high risk for adverse clinical outcomes, including falls, acute illness, disability, hospitalization, and death. The biology that underlies this vulnerability is characterized in part by chronic inflammatory pathway activation, reduced physiological reserve, and poor tolerance to stress. The progressive multi-systemic decline that characterizes frailty has offered insights into the increased potential for iatrogenic and drug induced complications in this most vulnerable subset of older adults. This session will describe the commonly utilized clinical definitions for frailty, the consequences frailty, the underlying physiology and biology that leads to inherent vulnerability associated with frailty, and the increased risk of iatrogenic complications in this population.

The experience of chronic pain is widespread in elderly individuals and frequently results in adverse health outcomes. Prolonged nociceptive input associated with pain may initiate critical biological changes that have a deleterious effect on brain structure and function. In the older adult, these changes may be expressed as impairment in cognitive functions and dementia. Findings from our research group show that pain is a robust predictor of cognitive decline that is also associated with a doubling of the risk of new onset dementia in community-residing older adults. Using neuroimaging, we have also shown that higher levels of pain are associated with reductions in hippocampal volume and metabolism. Efforts that aim to identify novel, remediable risk factors for age-related neurodegenerative disease will inform strategies for prevention and treatment and improve health care outcomes for seniors living with chronic medical conditions and dementia.

Age-related changes in physiology can lead to changes in the pharmacokinetics and pharmacodynamics of medications. Drug management in the elderly is also complicated by the use of multiple medications and the presence of co-existing disease/disorders that arise as one ages. Epilepsy is a disorder that is more prevalent after the age of 60 years. The complicated pharmacokinetics of antiepileptic medications illustrate the difficulties in managing drug therapy in elderly patients.

The elderly patients are generally more sensitive to the adverse effects of drugs. With increasing prevalence in the aging populations worldwide, there is a shared growing concern among health care providers, regulators and the general public that the evaluation of pharmacokinetics, safety, tolerability and efficacy of new investigational drugs in the vulnerable patient populations is still less than optimal. In drug development, the initial characterization of drug disposition properties (absorption, distribution, metabolism and elimination) of new medicinal products is typically conducted in healthy or relatively healthy population, 18 to 65 years of age. A review of clinical trials and ClinicalTrials.gov database revealed a trend towards a widening of the age inclusion criteria in earlier clinical trials over the past 10 years. However, less than 10% of reported trials included pharmacokinetic evaluation in elderly subjects greater than 65 years of age. Across the various therapeutic areas, the percentage of trials that included pharmacokinetic evaluation in the elderly has remained consistently lower than the studies that included the younger 18 to 65 age group. Therefore, there may be a gap in the accruement of critical information to guide optimal dosing recommendations in this vulnerable patient population in order to reduce safety risk or treatment failures. Examples of drug development programs to evaluate pharmacokinetics, safety and efficacy in the elderly patient populations will be presented.

We have developed a "Drug Burden Index" to quantify the association between drug exposure and functional status in older individuals. It is based on pharmacological principles, and can assess the functional parameters of physical performance and cognitive performance in relationship to total drug exposure, exposure to anticholinergic drugs, and exposure to sedative drugs. Efforts are now underway to prospectively evaluate the effect of decreasing drug burden index on longitudinal functional status.