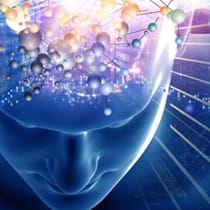 The Strange Science of Sleep and Dreams

Presented by Science & the City and The Imagine Science Film Festival

In collaboration with the 5th Annual Imagine Science Film Festival, Science & the City presents a panel that will explore dream worlds and the subconscious. What is the mind doing while we sleep and what do animals dream about? The panel will include special guest, David Randall, New York Times best-selling author of Dreamland: Adventures in the Strange Science of Sleep. Other panelists include filmmaker Alan Berliner; sleep researcher Erin J. Wamsley, PhD; and neuroscientist Matt Wilson, PhD. The Rubin Museum of Art's Tim McHenry will moderate.

Panelists will not only discuss scientific findings, but also tales of sleeping and dreaming from film and literature. By bringing together the arts and sciences, you'll gain a wide perspective on everything from emotional and personal narratives about dream-states to the most innovative brain imaging studies have transformed the way we define consciousness. In addition, the audience will experience a live demonstration of "The Dream Machine," an early device created to simulate REM sleep. 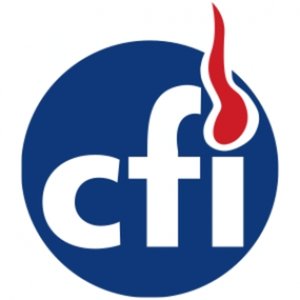 Tim McHenry, the program producer at New York City's Rubin Museum of Art, presents theater-going audiences with what the Huffington Post has called "some of the most original and inspired programs on the arts and consciousness in New York City." His public programs explore the wider implications of the museum's collection and art exhibitions through music, film, performance, and intimate conversation. To mark the exhibition and publication of psychiatrist C.G. Jung's Red Book, for example, McHenry put Jungian psychoanalysts on stage with the likes of Alice Walker, Sarah Silverman and David Byrne. He brought physicists together with Philip Glass, Charlie Kaufman, Laurie Anderson and filmmaker Shekhar Kapur to explore the universe in connection with an exhibition on the cosmos in 2010. He has invited great minds such as Oliver Sacks, Mike Nichols and Ken Burns to come to the museum to "talk about nothing."

Alan Berliner's uncanny ability to combine experimental cinema, artistic purpose, and popular appeal in compelling film essays has made him one of America's most acclaimed independent filmmakers. The New York Times has described Berliner's work as "powerful, compelling and bittersweet... full of juicy conflict and contradiction, innovative in their cinematic technique, unpredictable in their structures... Alan Berliner illustrates the power of fine art to transform life."

Berliner is known for making personal, reflective films that deconstruct everything from his family name to his inability to sleep at night. A film that balances the precision of a Swiss watch with the messiness of a restless mind, WIDE AWAKE is filmmaker Alan Berliner's uniquely personal tour through his life-long obsession with insomnia.

Writer, Dreamland: Adventures in the Strange Science of Sleep

David K. Randall is senior reporter at Reuters and an adjunct professor at New York University. His new book is, Dreamland: Adventures in the Strange Science of Sleep. From people committing murder while supposedly sleepwalking, to what sleep was like in medieval times, Dreamland provides a lively overview of the world's most popular nocturnal pastime.

Erin J. Wamsley, PhD, studies how the brain processes memories during sleep, as well as the relationship of sleep-dependent memory processing to dream experiences. Her current work explores how spatial memories are transformed during sleep, how emotion modulates sleep-dependent memory processing, and how recent experiences are expressed in dreams.

Matthew Wilson is Sherman Fairchild Professor of Neuroscience and Picower Scholar at MIT. His lab is interested in teasing apart the mechanisms of sleep and arousal, and applications of neuroscience in engineering and the study of intelligence. Wilson investigates brain systems that contribute to learning, memory, spatial navigation, and decision-making and their possible involvement in neurological diseases and disorders. By monitoring the coordinated activity of ensembles of large numbers of individual neurons during active behavior, sleep, and quiet wakefulness he identified a process of memory reactivation that reflected both the content and the temporal linkage of events that could constitute the basis of episodic memory. These events may reflect the animal equivalent of dreaming.