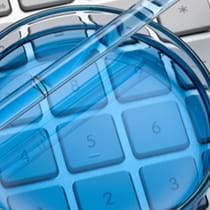 Most junior faculty members, post-doctoral research fellows, and graduate students receive little formal training on how to publish/present the results of their work. Included in this comprehensive seminar is everything from practical tips on composing the manuscript, through choosing the appropriate journal and understanding its review process, to strategies that are related to revision and resubmission.

Participants learn what the most efficient approach is for producing publishable data; how to decide who will be included as authors, and in what order; how to write with maximal clarity and precision; how to avoid giving the perception of conflict of interest; and much more!

Register for this event through the Memorial Sloan-Kettering Cancer Center Web site.

Dr. Morrison received his PhD from Yale in Molecular Biology and Biophysics. He was a postdoctoral research fellow with the National Institutes of Health and the Scripps Research Institute. After beginning his career at the Scripps Research Institute, he moved to Emory University School of Medicine as the William P. Timmie Professor and Director of Graduate Studies in the Department of Microbiology and Immunology. He was subsequently appointed Chairman of the Department of Microbiology at the University of Kansas Medical Center in Kansas City, and Associate Director of Basic Research in the Cancer Center, where he was the Kansas Masons Distinguished Professor of Cancer Research. He has served as Director of Medical Research at St. Luke's Hospital in Kansas City, and as the Sosland/Missouri Endowed Chair in Trauma Research at the University of Missouri–Kansas City School of Medicine. He is currently a Professor of Surgery and Basic Medical Science there.

Dr. Morrison has been continuously funded since the early 1970s by the National Institutes of Health (including a ten-year MERIT award), foundations, and industry. Dr. Morrison has served as a member of multiple national peer review panels and advisory groups, including, among others, two NIH Study Sections, the AHA Immunology Review Panel, the Office of Naval Research Scientific Advisory Panel, and the National Academy of Sciences Predoctoral Advisory Panel. He has also served on the Editorial Board of numerous professional journals, and as Editor for Infection and Immunity and the Journal of Endotoxin Research. He has been the recipient of numerous awards for research, teaching excellence, and teaching innovation.

Dr. Papasian received his PhD from the SUNY at Buffalo in Microbiology in 1982, and stayed in Buffalo for a postdoctoral fellowship in Medical and Public Health Microbiology. He began his academic career as an Assistant Professor of Pathology at the University of Kansas Medical Center, and as Director of Diagnostic Microbiology at the Veterans Administration Medical Center in Kansas City, MO. He subsequently moved to the University of Missouri–Kansas City, School of Medicine, and is currently Professor and Chair of the Department of Basic Medical Science.

Dr. Papasian has served on Editorial Boards for journals published by the American Society for Microbiology continuously since 1996. He is coauthor on 12 book chapters and over 95 peer reviewed publications, and his research has been continuously funded by the NIH as a PI or Co-I since 2000. He has also written Microbiology questions for USMLE Step I and the American Board of Medical Microbiology, and has been repeatedly recognized for his outstanding teaching.