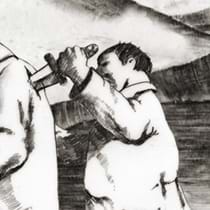 Envy: The Cutthroat Side of Science

From publish-or-perish to the race for ever-decreasing research dollars, scientists are under pressure to produce new scientific findings. Recent reports suggest an increase in the number of scientific articles published in journals, accompanied by an enormous increase in retractions. Has the competitive culture of science gone too far to ensure the integrity of scientific findings? How do scientists maintain ethics in the face of such pressure?

Editor-in-Chief of Scientific American Mariette DiChristina will moderate this panel of experts who study the way in which competitive scientific culture does and doesn't warp the integrity of scientists. Dr. Harold Garner uncovered the shockingly common phenomena of self-plagiarism amongst scientists while Dr. Ivan Oransky heads the watchdog group Retraction Watch. Dr. Morton Meyers captures the long history of conflict at the heart of the highest honor in science, the Nobel Prize. From the latest scandals to the most infamous, join the Academy for a conversation between scientists, doctors, and authors as they try to unweave the web of scientific envy.

DiChristina is the eighth person and first woman to hold the title Editor-in-Chief at Scientific American. She joined the staff in 2001 as Executive Editor after a 14 year stint at Popular Science. She served as the President of the National Science Writers Association for 2009 and 2010 and has been an adjunct professor in the graduate Science, Health and Environmental Reporting program at New York University for the past few years.

Ivan Oransky, MD has taught medical reporting in the Science, Health and Environmental Reporting Program since 2002. He is executive editor of Reuters Health. Previously, he was managing editor, online, at Scientific American, where he oversaw dramatic growth in website traffic and engagement. From 2002 to 2008, he was at The Scientist, first as web editorial director and then as deputy editor. He has also served as founding editor in chief of Praxis Post, an online magazine of medicine and culture which was a finalist for the 2001 Online News Association Award for General Excellence in its first year of publication. He received his BA at Harvard and his MD from NYU, and completed an internship at Yale. Ivan also holds an appointment at NYU Medical School as Clinical Assistant Professor of Medicine, and has taught at the City University of New York's Graduate School of Journalism. He tweets @ivanoransky.

Harold "Skip" Garner received his Ph.D. in Plasma Physics from the University of Wisconsin-Madison in 1982. Dr. Garner has published widely in leading peer-reviewed journals throughout his career in plasma physics, bioengineering, genetics, genomics and bioinformatics. Dr. Garner is the founder of several biotechnology companies, including Heliotext , Xanapath, BioAutomation, and Light Biology, which was acquired by Nimblegen (now Roche Nimblegen, Inc.), in 2004. Dr. Garner is a Fellow of the American Institute for Medical and Biological Engineering and a Charter member of the Academy of the School of Mines and Metallurgy. Dr. Garner is also an advisor to the National Research Council, a reviewer for Genomics, Nature Biotechnology, BioTechniques, Genome Research, Bioinformatics, the Royal Society and others.

Morton A. Meyers, M.D. is Distinguished University Professor of Radiology and Internal Medicine and emeritus Chair of the Department of Radiology at the State University of New York (SUNY) at Stony Brook. His classic Dynamic Radiology of the Abdomen: Normal and Pathologic Anatomy (Springer), soon to appear in its Sixth Edition, has been hailed as "the book that revolutionized abdominal radiology." His current book, Prize Fight: The Race and the Rivalry to be the First in Science, dealing with conflicts over priority and credit in Nobel Prize awards.