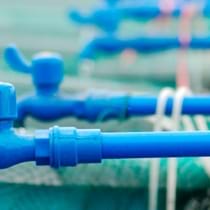 From Where Will The Water of the Future Come?

Already a crisis issue for the billions globally who lack access to clean drinking water and adequate sanitation, water will continue to be stressed to almost unimaginable levels as the global population grows to over 9 billion by 2050 and the effects of climate change become more frequent and intense. Where will the solutions come from and can we implement them without destroying biodiversity? Experts on water and climate, cities, food security, the role of corporations, and ecosystems discuss the most promising paths forward.

Purchase all three events and save. Learn more.

Author: "When the Rivers Run Dry" and "The Land Grabbers"

Fred Pearce is a freelance author and journalist based in London. He has been environment consultant of New Scientist magazine since 1992, reporting from 67 countries. He also writes regularly for the Yale e360 web site in the US, and the Guardian newspaper in the UK. Recent commissions include National Geographic and the Washington Post. He won a lifetime achievement award for his journalism from the Association of British Science Writers in 2011, and was voted UK Environment Journalist of the Year in 2001. His recent books include "The Land Grabbers," "The Coming Population Crash," "When the Rivers Run Dry" and "Confessions of an Eco Sinner." They have been translated into 20 languages. "When the Rivers Run Dry" was listed among the all-time Top 50 Sustainability Books by the University of Cambridge's Programme for Sustainable Leadership. Fred is a frequent lecturer, speaking on all six continents in the past four years.

Adam Freed is the Director of the Nature Conservancy’s Global Securing Water Program. In this role, Adam negotiates partnerships to create innovative funding strategies for watershed management and develops and implements sustainable environmental, social and economic actions to provide water for people and nature. Adam previously served as the Deputy Director of New York City Mayor Michael Bloomberg’s Office of Long-Term Planning and Sustainability, where he oversaw the implementation of and process to update the city’s long-term sustainability plan (PlaNYC) and advised the Mayor on sustainability and climate-related issues. In this role, Adam developed and managed the city’s climate resilience program. Prior to working for the City, Adam was the Assistant Comptroller for New York City in the Office of the New York State Comptroller where he led the review of large-scale economic development projects and crafted corporate governance strategies for the State’s $150 billion state retirement fund. In addition to more than 14 years of environmentally-focused state and local government experience, Adam has worked on several city, state, and national political campaigns. Adam received his master's in Urban Planning from NYU and is a member of the American Institute of Certified Planners and a Mel King Community Fellow at MIT. He currently resides on the Lower East Side of New York City with his wife and two sons and is a Lecturer at Columbia University’s Earth Institute.

Brooke leads Ceres' water program, directing the organization's research and corporate and investor engagement on the risks and opportunities related to growing water scarcity. Ceres is a nonprofit group that mobilizes the country's largest coalition of investors, companies and public interest groups to accelerate adoption of sustainable business practices. Brooke is the co-author of "The Ceres Aqua Gauge: A Framework for 21st Century Water Risk Management" and author of the 2010 Ceres study with Bloomberg and UBS looking at corporate water disclosure, "Murky Waters: Corporate Reporting on Water Risk." Prior to Ceres, Brooke was a researcher for the Harvard Business School's Social Enterprise Initiative, focused on the evolution of sustainable business practices in emerging markets. Brooke holds a master's degree from the Fletcher School of Law and Diplomacy, and a BA in economics from Duke University.

Dr. Peter Gleick is a leading scientist, innovator, and communicator on global water and climate issues. He co-founded and leads the Pacific Institute in Oakland, celebrating its 25th anniversary this year as one of the most innovative, independent non-governmental organizations addressing the connections between the environment and global sustainability. Dr. Gleick's work has redefined water from the realm of engineers to the world of social justice, sustainability, human rights, and integrated thinking. His influence on the field of water has been long and deep: he developed one of the earliest assessments of the impacts of climate change on water resources, explored the links between water and conflict, and defined basic human needs for water and the human right to water — work that has been used by the UN and in human rights court cases. He pioneered the concept of the "soft path for water," developed the idea of "peak water," and has written about the need for a "local water movement." Gleick received the prestigious MacArthur "genius" Fellowship in 2003 and has been named "a visionary on the environment" by the BBC. He was elected in 2006 to the US National Academy of Sciences. Wired Magazine featured Dr. Gleick as "one of 15 people the next President should listen to." He received his BS from Yale University and an MS and PhD from the University of California, Berkeley. He serves on the boards of numerous journals and organizations, and is the author of many scientific papers and nine books, including the influential series The World's Water and Bottled and Sold: The Story Behind Our Obsession with Bottled Water from Island Press, as well as the newly-released A Twenty-First Century US Water Policy.

Brian Richter has been a leader in river science and conservation for more than 20 years. He is the Director of Global Freshwater Strategies for The Nature Conservancy, promoting sustainable water use and management with governments, corporations, and local communities. Brian has consulted on more than 120 river projects worldwide. He serves as a water advisor to some of the world's largest corporations and investment banks, and has testified before the US Congress on multiple occasions. He also teaches a course on Water Sustainability at the University of Virginia. Brian has developed numerous scientific tools and methods to support river protection and restoration efforts, including the Indicators of Hydrologic Alteration software that is being used by water managers and ecologists worldwide. Brian was featured in a BBC documentary with David Attenborough on "How Many People Can Live on Planet Earth?" He has published many scientific papers on the importance of ecologically sustainable water management in international science journals, and co-authored a book with Sandra Postel entitled "Rivers for Life: Managing Water for People and Nature" (Island Press, 2003).