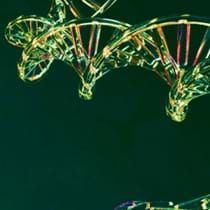 Genome Integrity Discussion Group meetings are organized under the leadership of John Petrini (Memorial Sloan Kettering Cancer Center), and Rodney Rothstein and Lorraine Symington (Columbia University). The year-end meeting includes a scientific symposium with a keynote presentation from 1:00 to 4:00 PM, followed by a poster session and networking reception from 4:00 to 5:30 PM.

Stephen West received his PhD in biochemistry from Newcastle University, England, before joining the Department of Therapeutic Radiology at Yale in 1978. There, he was a post-doc with Paul Howard-Flanders, one of the early pioneers in the field of DNA repair. Steve moved back to the UK in 1985 to set up a laboratory at the Imperial Cancer Research Fund (now Cancer Research UK) where he is Senior Group Leader and Deputy Director of Clare Hall Laboratories. Steve's work has focused on the mechanisms of DNA repair by homologous recombination, and the links between repair defects, genome instability and cancer. His early work led to an understanding of homologous pairing by RecA and RAD51, and the resolution of recombination intermediates. Steve discovered the first cellular Holliday junction resolvase (E. coli RuvC), the bacterial branch migration complex (RuvAB), and the human GEN1 Holliday junction resolvase. His work currently revolves around the molecular functions of the BRCA2 tumour suppressor, and the roles and interplay of various Holliday junction resolvases that process recombination intermediates in human cells. Steve has received many awards for his scientific achievements. These include election to EMBO (1994), as a Fellow of the Royal Society (1995), the Academy of Medical Sciences (2000), and the European Academy of Cancer Sciences (2011). He has also received several prizes, including the Swiss Bridge Prize for Cancer Research (2001 and 2009), the Leeuwenhoek Medal of the Royal Society (2002), the Louis-Jeantet Prize for Medicine (2007), the Novartis Medal from the Biochemical Society (2008), the GlaxoSmithKline Medal of the Royal Society (2010), and most recently the Genetics Medal (2012).

All living organisms feature DNA repair pathways that safeguard the integrity of the genome, and mutations in proteins that mediate key events in DNA repair have been linked to genome instability and tumourigenesis. Homologous recombination provides an important DNA repair pathway that is needed for the restoration and restart of broken replication forks, for the rejoining of chromosome breaks, and for the processing of DNA crosslinks. Mutations in genes that encode a variety of recombination proteins are linked to breast cancers and to inheritable diseases such as Blooms Syndrome (BS) and Fanconi Anemia (FA). In recent work, we purified the BLM protein (defective in BS), the BRCA2 (FANCD1) and PALB2 (FANCN) tumour suppressors (mutated in some cases of FA), and the newly discovered FANCP protein, also known as SLX4, and have initiated structure-function analyses to elucidate their molecular functions. How these proteins process DNA, and how they are regulated and controlled to direct the outcome of recombinational repair, is now revealing unexpected insights that extend our understanding of efficient DNA repair and tumour avoidance.

The Role of the LINC Complex in the 53BP1-Driven Mobility and NHEJ of Dysfunctional Telomeres
Francisca Lottersberger, PhD, de Lange lab, Rockefeller University

Mph1 Interplay with Nucleases Mus81-Mms4, Yen1 and Rad1-Rad10 to Prevent Reciprocal Translocations between Dispersed Repeats
Gerard Mazón, PhD, Symington lab, Columbia University Medical Center Homology-dependent repair of double-strand breaks (DSBs) from non-sister templates has the potential to generate deleterious genome rearrangements. We show how the Mph1 helicase prevents crossovers between ectopic sequences by removing substrates for Mus81-Mms4 or Rad1-Rad10 cleavage while a role for Yen1 is only detected in the absence of Mus81. Cells lacking Mph1 and the three nucleases are highly defective in the repair a single DSB, suggesting the recombination intermediates that accumulate cannot be processed by the Sgs1-Top3-Rmi1 complex (STR). Consistent with this hypothesis, ectopic joint molecules accumulate transiently in the mph1Δ mutant and persistently when Mus81 is eliminated. Furthermore, the ectopic JMs formed in the absence of Mus81 are connected by a single HJ explaining why STR is unable to process them. We suggest that Mph1 and Mus81-Mms4 recognize a common early strand exchange intermediate and direct repair to non-crossover or crossover outcomes, respectively.

Heterochromatin spreading leads to the silencing of genes within its path, and boundary elements have evolved to constrain such spreading. In fission yeast, heterochromatin at centromeres I and III is flanked by inverted repeats termed IRCs, which are required for proper boundary functions. However, the mechanisms by which IRCs prevent heterochromatin spreading are unknown. Here, we identified Bof1, which is homologous to the mammalian BET family double bromodomain proteins as a factor required for proper boundary function at IRCs. Bof1 is enriched at IRCs through its interaction with the boundary protein Epe1. The bromodomains of Bof1 recognize acetylated histone H4 tails and antagonize Sir2-mediated deacetylation of histone H4K16 to prevent heterochromatin spreading. The conserved BET (bromodomain extra terminal) family of bromodomain proteins in humans is the focus of drug-mediated epigenetic cancer treatment. Although they are implicated in regulating oncogene Myc expression, the precise mechanisms of these inhibitors are unknown. Our analyses reveal a novel mechanism of heterochromatin boundary formation through the direct recruitment of a histone tail binding protein to specific DNA element, raising the possibility that BET inhibitors potentially affect the spreading of heterochromatin and reset the epigenetic landscape in cancer cells.

Eukaryotic nuclear DNA is packaged into large structures known as chromatin. This structure’s fundamental unit is the nucleosome, formed by DNA wrapped around the histone proteins H2A, H2B, H3 and H4. By limiting accessibility to DNA, nucleosomes may act inhibitory to many processes, but by directly recruiting proteins they may also act stimulatory. Nucleosomes are thus intimately connected to all aspects of chromosome biology. However, because of the essential nature of histones and their extremely long half-lives, these effects are hard to analyse in genetic model organisms. Furthermore, histones are important regulators of transcription, and therefore pleiotropic transcriptional changes cannot be excluded following histone manipulations. Consequently, most evidence for the functions of histones in DNA biology is correlative. Using a novel approach to study transcription-independent functions of nucleosomes, we have analysed the contributions of nucleosomes to mitosis, nuclear envelope formation, DNA damage checkpoint signalling and DNA damage processing/repair. We have also analysed a number of key cell cycle proteins that are associated with chromosomes for whether they are affected by the absence of nucleosomes. To this end, we have developed a method to deplete H3 and H4 fromXenopus laevis egg extracts that faithfully recapitulate chromosome physiology in the absence of transcription, rendering the extracts incapable of nucleosome formation. We found that DNA damage checkpoint signaling in response to double-stranded DNA breaks (DSBs) is not affected by nucleosomes at a low number of breaks but is stimulated if a high number of breaks are present. Preliminary results further suggest that nucleosomes inhibit DSB resection, thus stimulating repair by non-homologous end joining. Mitotic spindle formation was found to depend on nucleosomes, but membrane association after mitosis does not. In contrast, incorporation of nuclear pore proteins following mitosis depends on nucleosomes. This can be attributed to a defect in the generation of a chromatin-bound intermediate in nuclear pore formation on nucleosome-free DNA, as shown by the absence of the nucleoporin ELYS from non-nucleosomal DNA both in extract and in vitro. As ELYS is the first nucleoporin to bind chromosomes following mitosis, being required for the recruitment of most other nucleoporins, these results thus suggest that recognition of nucleosomes by ELYS triggers the formation of nuclear pores upon exit from mitosis. Together, our results comprise the first study of how chromatin as a whole directly affects chromosome physiology, and allow us to generate a framework for nucleosome functions throughout the cell cycle.