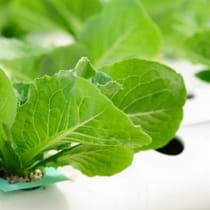 The Limits of the Planet: A Debate

Have human activities pushed Earth’s resources and ecosystems close to the breaking point? Is massive environmental and social disruption just on the horizon? Can science provide us innovations that will allow the planet to overcome many biophysical constraints and keep growing? Leading scientific figures debate whether the best path to sustainability is by stressing limits or innovation.

Purchase all three events and save. Learn more.

David Biello is an award-winning associate editor. He joined Scientific American in November 2005 and has written on subjects ranging from astronomy to zoology for both the Web site and magazine. Biello has been reporting on the environment and energy since 1999. He is currently working on a book about whether the planet has entered a new geologic age as a result of human impacts and, if so, what we should do about this Anthropocene. He is also the host of the 60-Second Earth podcast, a contributor to the Instant Egghead video series and author of a children's book on bullet trains. He hosts the PBS documentary series Beyond the Light Switch, which won a Silver Baton 2012 Alfred I. duPont-Columbia University Award.

Erle C. Ellis is Professor of Geography and Environmental Systems and Director of the Laboratory for Anthropogenic Landscape Ecology (http://ecotope.org) at the University of Maryland, Baltimore County. His research investigates the ecology of human landscapes at local to global scales with the aim of informing sustainable stewardship of the biosphere in the Anthropocene. Recent projects include the global mapping of human ecology (anthromes), online tools for global synthesis of local knowledge (GLOBE) and inexpensive user-deployed tools for mapping landscapes in 3D (Ecosynth).

Bob chairs the International SCOPE Biofuels Project, directs the Agriculture, Energy & the Environment Program (AEEP, formerly AEP) at Cornell University, and represents the State of New York on the science and technical advisory committee of the Chesapeake Bay Program. He is the Founding Editor of the journal "Biogeochemistry" (Editor-in-Chief from 1983 to 2004). He has worked extensively on environmental issues related to human-induced changes in the sulphur, nitrogen, phosphorus, and carbon cycles, the impacts of global climate change, and interaction of energy systems and the environment.

Linus is the director of the Conservation and Development Program at Breakthrough Institute, based in Oakland, California. His work focuses on the role of technology and innovation in achieving the dual goals of preserving biological heritage and accelerating human development. Prior to joining Breakthrough Institute in 2011, Linus had held several positions with the global conservation nonprofit BirdLife International: at the European headquarters in Brussels as well as with the UK partner Royal Society for the Protection of Birds (RSPB). He has also done fieldwork in Ecuador, Kenya, Slovenia, Malta, and Sweden. Linus is a graduate of geography from Cambridge University, UK.

Victor Galaz is an Associate Professor in political science at the Stockholm Resilience Centre (Stockholm University), where he leads the work on governance dimensions of Earth system complexity and "planetary boundaries". He is also currently working on a book entitled "Global Environmental Governance, Technology and Politics: Developments in the Anthropocene"

Diana Liverman is the director of the Institute of the Environment and a Regents Professor in the School of Geography and Development at The University of Arizona and is also affiliated with the Environmental Change Institute at Oxford University. Her research focuses on the human and social dimensions of environmental issues including vulnerability and adaptation to climate change, global environmental change, climate policy, and food security. Recent publications focus on earth system governance, planetary boundaries, carbon offsets and informing climate policy. She has been an active member of national and international advisory committees on global environmental change including chairing US National Academy committees on the Human Dimensions of Global Environmental Change and America’s Climate Choices and international committees for the Global Environmental Change and Food Systems (GECAFS) program, the Inter American Institute for Global Change, and the IHDP Earth Systems Governance project. She is currently co-chairing a committee for ICSU to create a new integrated and international scientific program called ‘Future Earth’. She is the coauthor of an award winning textbook on World Regions in Global Context (Prentice Hall) and her recent books include Food Security and Global Environmental Change (Earthscan) and Climate Change: Risks, Challenges and Decisions (Cambridge UP). Awards include the Distinguished Scholarship award from the Association of American Geographers and the Founders Gold medal of the Royal Geographical Society for her contributions to understanding the human dimensions of global change.