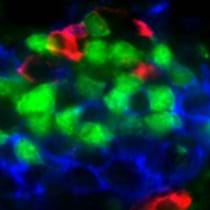 The annual Ross Prize in Molecular Medicine is established in conjunction with the Feinstein Institute for Medical Research and Molecular Medicine. The winner is an active investigator having produced innovative, paradigm-shifting research that is worthy of significant and broad attention in the field of molecular medicine. This scientist will continue to garner recognition in future years, and their current accomplishments reflect a rapidly rising career trajectory of discovery and invention.

In recognition as a leader in the fields of immunology and virology, Dr Dan R. Littman will receive the Inaugural Ross Prize in Molecular Medicine.

This symposium will honor Dr Littman, who will reflect upon his early discoveries and ongoing research to better understand viral, immune, and inflammatory diseases. Following the award presentation, leading scientists in immunology will discuss new insights in the mechanism of immune system function and signaling that provide clues to the prevention or treatment of autoimmune and inflammatory diseases.

Dr Littman is the Helen L. and Martin S. Kimmel Professor of Molecular Immunology, a Professor in the Departments of Pathology and of Microbiology, and a faculty member in the Molecular Pathogenesis program in the Skirball Institute of Biomolecular Medicine at New York University School of Medicine.

A renowned immunologist, Dr Littman has made seminal contributions in a number of scientific fields, advancing our understanding of the molecular basis of immune recognition, HIV pathogenesis, T-cell differentiation and selection, and, most recently, the role of commensal bacteria in immune system development and regulation. Among his many honors, Dr Littman is a Howard Hughes Medical Institute Investigator and a member of the National Academy of the Sciences. Most recently, Dr Littman was elected into the Institute of Medicine, a further demonstration of his remarkable and important contributions to both science and medicine.

Over the past 25 years, Dr Littman has been a recognized leader in the fields of immunology and virology. Early on, Dr Littman isolated the genes coding the CD4 and CD8 co-receptors and determined how their expression is regulated and their signaling influences selection of helper and cytotoxic T cells. His group went on to demonstrate that CD4 and CCR5 serve as co-receptors for HIV infection of immune cells, leading to therapeutic targeting of CCR5 in AIDS. More recently, Dr Littman, in collaboration with a team of Dutch scientists, discovered that the HIV virus enters the body via what he terms "a Trojan horse" — immature dendritic cells. HIV evades host innate responses by failing to replicate in dendritic cells, but it is through these cells that the virus gains access to the immune system, invading and gradually disabling helper T cells. Without helper T cells, the body can't fight off HIV and is vulnerable to opportunistic infections. These seminal discoveries have expanded our understanding of the mechanisms by which the HIV virus subverts host immune responses and reveal new targets for therapeutic intervention in this disease.

The scope and impact of Dr Littman's work expands far beyond the field of the immune response to HIV infection. He and his team discovered that the nuclear receptor RORγt is the key transcriptional regulator of the differentiation of Th17 cells and lymphoid tissue inducer cells: they also identified compounds that inhibit RORγt activity and may be effective for the treatment of autoimmune and inflammatory diseases in which Th17 cells play a pathologic role. He has further identified a commensal gut bacterium that selectively induces Th17 cells and promotes autoimmunity in mice; this may be relevant for human diseases, like rheumatoid arthritis, that are thought to be influenced by imbalanced microbiota.

Dr Littman's research has considerable translational potential, and is already being translated into therapies for a number of viral, immune, and inflammatory diseases. His studies of the mechanisms by which HIV and other microbes evade detection by the immune system and interact with immune cells and proteins to ensure their survival will ultimately allow for the development of better strategies to combat HIV infection. His studies of immune system signaling and development provide clues to ways to manipulate immune cells to prevent or treat autoimmune and inflammatory diseases and to develop better vaccines against microbial pathogens and cancer.

Alexander Rudensky is Chairman of the Immunology Program at Memorial Sloan‐Kettering Cancer Center (MSKCC), an Investigator with the Howard Hughes Medical Institute, and a Tri‐Institutional Professor at MSKCC, the Rockefeller University and Cornell University, and Professor at Gerstner School of Graduate Studies and at Weill‐Cornell Medical School. Prior to his joining MSKCC, he was Professor of Immunology at the University of Washington School of Medicine, Seattle. Dr. Rudensky received his PhD degree from the Gabrichevsky Research Institute of Epidemiology and Microbiology, Moscow and postdoctoral training at Yale University Medical School with the late Dr. Charles A. Janeway, Jr. Dr. Rudensky‘s current research is focused on the development of T lymphocytes, and investigating their function and role in the regulation of immune responses to infection, inflammation and in the prevention of autoimmunity; and to develop novel means of tumor immunotherapy and intervention with a wide range of autoimmune and inflammatory diseases, and chronic infections. He is a member of numerous advisory and editorial boards including Cell, Immunity, Cancer Research Institute and Damon Cancer Research Foundation. He serves also as an Editor of the Journal of Experimental Medicine. Dr. Rudensky is the recipient of numerous awards including Searle Scholar Award and in 2012 was elected to the National Academy of Sciences. Dr. Rudensky has authored over 150 peer-reviewed publications.

In multicellular organisms, a balance between pro- and anti-inflammatory immune mechanisms affords protection from infectious agents and unintended consequences of the immune response resulting in a lasting or transient loss of tissue function. Regulatory T cells prevent systemic and tissue-specific autoimmunity and inflammatory lesions at mucosal interfaces as well as sterile metabolic inflammation. Genetic deficiency in Foxp3, a key transcription factor specifying fate and function of regulatory T cells, leads to their paucity and consequent fatal aggressive lympho- and myelo-proliferative syndrome. Regulatory T cells are generated in the thymus and extrathymically. The dual origin of these cells implies a division of labor and suggests that they have discernible non-redundant functions in immune homeostasis in different biological settings. Mechanisms of differentiation and function of regulatory T cells of thymic and extrathymic origin will be discussed.

The vertebrate intestinal tract is colonized by hundreds of species of bacteria that outnumber the total cells in the host, yet must be compartmentalized and tolerated to prevent invasive growth and harmful inflammatory responses. Signaling initiated by commensal bacteria contributes to compartmentalization, preventing mononuclear phagocyte-mediated transport of the non-invasive bacteria to sites where adaptive immune responses can be induced, e.g. the mesenteric lymph nodes. Nevertheless, T cell responses against non-invasive commensals can occur, as exemplified by responses elicited by the segmented filamentous bacteria (SFB). SFB adhere to the epithelium in the terminal ileum of mice and induce differentiation of Th17 cells that contribute to autoimmune disease in susceptible mice. We found that intestinal Th17 cells from SFB-colonized mice have T cell antigen receptors (TCRs) largely specific for SFB proteins, suggesting that SFB antigen presentation occurs within a niche specialized for Th17 cell differentiation. Based on the mouse studies and evidence for Th17 cell involvement in rheumatoid arthritis (RA), we compared the fecal microbiomes of RA patients and healthy individuals, and found an over-representation of bacterial strains most closely related to Prevotella copri in newly-diagnosed untreated patients. The implications of how individual constituents of the microbiota contribute to the effector/memory T cell repertoire and to organ-specific autoimmune disease will be discussed.