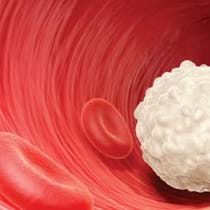 Presented by The Feinstein Institute for Medical Research, Molecular Medicine, and The New York Academy of Sciences

The Ross Prize in Molecular Medicine was established in conjunction with the Feinstein Institute for Medical Research and Molecular Medicine. The Ross Prize recognizes biomedical scientists whose discoveries have changed the way medicine is practiced. The prize is awarded to midcareer scientists who have made a significant impact in the understanding of human disease pathogenesis and/or treatment and who hold significant promise for making even greater contributions to the general field of molecular medicine.

The 2014 Ross Prize in Molecular Medicine will be awarded to Dr. John J. O'Shea for his discoveries in immunology and cytokine biology.

During this symposium, Dr. O'Shea will accept the Ross Prize and reflect upon his early research and ongoing efforts to better understand the role of T cells in host defense and the pathogenesis of autoimmune diseases. Following the award presentation, other leading immunologists will present new research regarding the mechanisms of immune system function and signaling which may improve the treatment for cancer and various autoimmune diseases.

Dr. Allison’s pioneer work has transformed the fields of basic and tumor immunology. Early in his career, he identified and characterized key molecules involved in T-cell activation, including the T-cell receptor (TCR), the prototypical costimulatory receptor CD28 and coinhibitory receptor CTLA-4, providing evidence that T-cell responses are determined by a complex process involving antigen-driven TCR signaling plus integration of costimulatory and coinhibitory signals. His landmark translational studies showing antibody-mediated blockade of CTLA-4 co-inhibitory function could enhance antitumor immunity and result in tumor rejection in mice prompted clinical development of ipilimumab, a CTLA-4 blocking monoclonal antibody. Ipilimumab is the first drug of its kind to show survival benefit in melanoma patients and was approved by the FDA in 2011 as a standard-of-care therapy for late-stage melanoma patients. Dr. Allison’s concept of antibody-mediated blockade of immunologic checkpoints as cancer therapy has opened a new field of immunotherapy, with second-generation agents, such as anti-PD-1 antibodies, currently being investigated in pre-clinical and clinical settings as treatments for cancer.

Allison’s group continues to study basic mechanisms regulating T-cell responses and to interweave mouse and human studies to improve existing approaches and develop new strategies for manipulating T cell responses to cure cancer. Another major activity will be to build a team of clinicians and physician/scientists working together in a state-of-the-art immune monitoring facility to accelerate the movement of immune-based combinatorial therapies into clinical trials. These trials will not necessarily have conventional clinical endpoints, but will be designed to yield mechanistic data that would inform combinations and schedules likely to have clinical impact. These would be small trials, likely in the pre-surgical or neoadjuvant setting, with extensive collection and analysis of samples from tumor and local lymphoid tissues as well as peripheral blood. The overall goal of this immense project will be to dissect the immunologic impact of novel therapies and combinations as well as examining the tumor itself for alterations that may render the tumor resistant to specific mechanisms of immune attack.

University of Colorado at Denver

Charles A. Dinarello is Professor of Medicine and Immunology at the University of Colorado School of Medicine and Professor of Experimental Medicine at Radboud University in the Netherlands. He was previously Professor at Tufts University in Boston. Dr. Dinarello received his medical degree from Yale University and clinical training at the Massachusetts General Hospital. From 1971‑77 he was at the National Institutes of Health in Bethesda. Dr. Dinarello is considered one of the founding fathers of cytokines. He was the first to purify interleukin-1 (IL‑1) and identified IL‑1a and IL‑1b in 1974. He reported the first cDNA for IL‑1 in 1984. He has published over 700 original research articles and 250 reviews and book chapters on inflammatory cytokines, particularly on Interleukin-1, the Interleukin-1 family and related cytokines. He has trained over 50 investigators, many of whom are recognized experts in their fields. The Institute for Scientific Information listed Dinarello as the world's 4th most-cited scientist during the 20 years 1983-2002 and from 1996 to 2011, he was listed as one of 400 of the world’s most influential biomedical researchers.

In 1998, Dinarello was elected to the United States National Academy of Sciences and in 2010, he was made a foreign member of the Royal Netherlands Academy of Sciences. He is a member of the Board of Governors of the Weizmann Institute (Israel) and Ben Gurion University (Israel) and former Vice President of the American Society of Clinical Investigation and President of the International Cytokine Society. He has received honorary degrees from the University of Marseille (France), the Weizmann Institute (Israel), the University of Frankfurt (Germany) and Roosevelt University (USA), Albany Medical College (USA), Radboud University (Netherlands) and Trinity College (Ireland).

Dr. Dinarello donates the monies from awards to the Interleukin Foundation, a charitable foundation he established in 2009, which supports research on cytokines to young investigators.

John J. O'Shea graduated Phi Beta Kappa from St. Lawrence University with a Bachelor of Science degree, and then obtained a Doctor of Medicine degree from the University of Cincinnati. He completed a residency in Internal Medicine at the State University of New York Upstate Medical University, followed by subspecialty training at the National Institute of Allergy and Infectious Diseases (NIAID) at the National Institutes of Health (NIH). He is currently the Director of the Intramural Research Program at the National Institute of Arthritis and Musculoskeletal and Skin Diseases (NIAMS) at the NIH. In addition to three NIH Director’s Awards, Dr. O'Shea has received the US Public Health Service Physician Researcher of the Year Award, Irish Immunology Public Lecture Award, Arthritis Foundation's Howley Prize, Daniel Drake Award, and the 2014 Ross Prize in Molecular Medicine. Dr. O’Shea is an elected member of the American Association of Physicians (AAP) and Fellow of the American Association for the Advancement of Science (AAAS). He has published more than 280 peer-reviewed articles and serves on the editorial boards of Immunity and the Journal of Experimental Medicine.

Louis M. Staudt is Director of the Center for Cancer Genomics at the National Cancer Institute and also serves as Co-Chief of the Lymphoid Malignancies Branch. He is a cancer biologist who is known for his development of methods in genomics to define molecular subtypes of cancer and identify new targets for therapy. His particular focus is on the pathogenesis and treatment of lymphoma. Staudt received his B.A. from Harvard College in 1976. He was awarded a Medical Scientist Training Program fellowship at the University of Pennsylvania School of Medicine and received his M.D. and Ph.D. degrees in 1982. Following Internal Medicine training, he joined Nobel Laureate David Baltimore's laboratory at the Whitehead Institute as a Jane Coffin Childs Fellow. In 1988, he established his laboratory at the National Cancer Institute, and in 2011, he received the honorary title of NIH Distinguished Investigator. He has received numerous awards for his research, including the 2009 Dameshek Prize from the American Society of Hematology for outstanding contribution in hematology and election to the National Academy of Sciences in 2013.

Diffuse large B cell lymphoma (DLBCL) is a heterogeneous diagnostic category that is comprised of two prominent molecular subtypes, termed activated B cell-like (ABC) and germinal center B cell-like (GCB). These DLBCL subtypes are now viewed as molecularly distinct diseases since they arise from distinct stages of normal B cell development, require distinct recurrent genetic abnormalities to become malignant, have distinct cure rates with current chemotherapy regimens, and respond differentially to targeting agents. We defined a “chronic active” form of B cell receptor (BCR) signaling that activates NF-B in ABC DLBCLs. Such ABC DLBCLs are killed by knockdown of BCR signaling components, such as the kinase BTK or components of the BCR itself. Over one fifth of ABC DLBCLs have mutations affecting the CD79B or CD79A subunits of the BCR that augment BCR signaling. To attack chronic active BCR signaling therapeutically, we initiated clinical trials in relapsed/refractory DLBCL of ibrutinib, an irreversible and highly selective inhibitor of BTK. Ibrutinib monotherapy induced a high rate of complete and partial responses in ABC DLBCL, while GCB DLBCL tumors rarely responded. Given its excellent safety profile and selective mechanism of action, we are hopeful that ibrutinib can be combined with both chemotherapy and other signaling modulators to achieve cures for these patients. Several rational combinations of targeted agents for the therapy of ABC DLBCL will be presented.

Chronic inflammatory diseases fall into two categories: "Autoimmune" or "Autoinflammatory". Although nearly all autoimmune diseases have an inflammatory component, the primary mechanism in most autoimmune diseases is a dysfunctional T or B cell. In autoinflammatory diseases, the driving mechanism is a monocyte/macrophage producing cytokines, particularly IL-1. Some autoinflammatory diseases are due to single amino mutations in intracellular proteins that control the release of IL-1β. Although these are rare inherited diseases, their clinical, and biochemical changes encompass local and systemic manifestations common to inflammation such as fever, neutrophilia, elevated CRP, fatigue, painful inflamed serosal and synovial tissues. Whether rare or common, release of cytokines such IL-1β appear to be the primary pathological mechanism, as autoinflammatory diseases are responsive to neutralization of IL-1β or blocking the IL 1 receptor with the IL 1 receptor antagonist (anakinra). Blocking TNFα is often not effective and can be contraindicated. Type 2 diabetes, atherosclerosis, gout and heart failure fall in the category of auto-inflammatory conditions. Treatment with IL-1 blockade is often rapid and sustained and continued therapy is associated with decreased release of IL-1 from blood monocytes, which is consistent with the concept that IL-1-induced IL-1 is part of the driving component in autoinflammation. (Dinarello, et al Nature Rev. Drug Develop. Vol 11:635, 2012). The auto-inflammatory diseases are examples in cytokine biology that reveal a causative role of a specific cytokine in disease severity. In addition to blocking IL-1β, new data reveal that monoclonal antibodies to IL-1α are also a therapeutic option in some diseases.