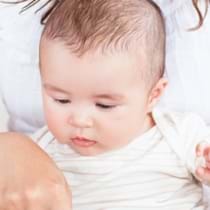 The “word gap” has recently been identified through scientific research as a worldwide problem and a crucial defining factor in the future success of millions of children. By as early as three years of age, children who are born into early-life poverty can have a “word gap” of 30 million words — leading to poor performance in school and a lifetime “achievement gap.”

Nearly half of the 11 million children under three years old in the United States were born into poor or low-income families. Decades of evidence demonstrate that early-life poverty correlates with worse school performance, lower high school graduation rates, and a continued cycle of poverty into adulthood. While new policies, such as universal Pre-K and before/after school nutrition programs, may help mitigate the impact of poverty, research on the staggering speed of brain development immediately after birth and on language learning which occurs throughout infancy reveals that earlier intervention is critical.

A pivotal finding is that children born into lower socioeconomic status households hear far fewer words each day than those born into families with higher household incomes. By the time a child born into a lower income household reaches age three, this “word gap” reaches approximately 30 million words. The consequences are significant and long lasting, including poorer language skills and delayed learning abilities throughout childhood. While this problem has a seemingly simple answer — parents should spend more time talking to their young children — the issues surrounding how to communicate and implement this advice in lower socioeconomic households, often with a single parent, are much more complex.

Join us for a panel discussion with leading researchers and experts in the field that will focus on new discoveries in infant language development, emerging programs to reduce the achievement gap, and new national initiatives to enhance public awareness. By increasing public awareness of this issue, every community has the power to close the word gap, improve opportunities for all children to become good communicators and thinkers, and prepare them for success in school and beyond.

The panel discussion will be of particular interest to early childhood educators, parents, pediatricians, prenatal and early childhood researchers, community leaders, and national and international policymakers.

Open to the public, reception to follow. Registration is required.

This public lecture is part of the conference, Shaping the Developing Brain: Prenatal through Early Childhood – Fifth Annual Aspen Brain Forum. Registration for this public lecture is free for conference registrants. However, separate pre-registration is required, and is not guaranteed if the event is sold out. Ticket availability will be on a first come, first served basis.

To register for free, please use the discount code included in your conference registration email. Please note that usage of this code by non-registrants will not be honored.

Co-Director, Institute for Learning and Behavioral Sciences (ILABS), University of Washington; Co-author of “The Scientist in the Crib: What Early Learning Tells Us About the Mind.”

Director, Too Small to Fail Initiative for the Clinton Foundation 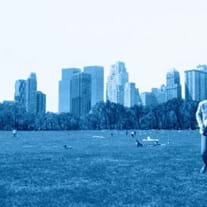 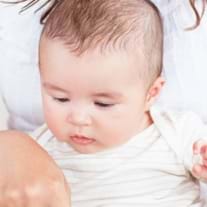 Shaping the Developing Brain: Spotlight on Nutrition and Brain Development

Dr. Levine serves on New York City’s Universal Pre-Kindergarten Scientific Advisory Council, and is a Pahara-Aspen Education Reform Fellow. He has been a frequent adviser to the White House and the U.S. Department of Education and writes for public affairs journals, including a regular column for Huffington Post. He was named by Working Mother magazine as one of America’s most influential leaders in family and children’s policy and serves on several nonprofit boards, including Classroom, Inc., Forum for Youth Investment, We Are Family Foundation, DigiLearn, the Leman School, and Journeys in Film. Michael received his Ph.D. in Social Policy from Brandeis University’s Florence Heller School and his B.S. from Cornell University.

Dr. Patricia K. Kuhl holds the Bezos Family Foundation Endowed Chair in Early Childhood Learning and is Co-Director of the UW Institute for Learning and Brain Sciences, Director of the University of Washington’s NSF Science of Learning Center, and Professor of Speech and Hearing Sciences at the University of Washington in Seattle. She is internationally recognized for her research on early language and bilingual brain development, for pioneering brain measures on young children, and studies that show how young children learn. She presented her work at two White House conferences (Clinton White House in 1997 and Bush White House in 2001). Dr. Kuhl is a member of the National Academy of Sciences, the American Academy of Arts and Sciences, the Rodin Academy, and the Norwegian Academy of Science and Letters. She is a Fellow of the American Association for the Advancement of Science, the Acoustical Society of America, the American Psychological Society, and the Cognitive Science Society. Dr. Kuhl was awarded the Silver Medal of the Acoustical Society of America in 1997. She received the University of Washington’s Faculty Lectureship Award in 1998. In 2005, she was awarded the Kenneth Craik Research Award from Cambridge University. In 2007, Dr. Kuhl was awarded the University of Minnesota’s Outstanding Achievement Award. In Paris in 2008, Dr. Kuhl was awarded the Gold Medal of the Acoustical Society of America for her work on early learning and brain development. In November 2011 in Paris, Dr. Kuhl was awarded the IPSEN Foundation’s Jean-Louis Signoret Neuropsychology Prize. Dr. Kuhl is co-author of “The Scientist in the Crib: Minds, Brains, and How Children Learn” (Harper Collins).

Director, Too Small to Fail Initiative for the Clinton Foundation
website

Patti Miller is the director of Too Small to Fail for the Clinton Foundation. Too Small to Fail is a joint initiative of the Clinton Foundation and Next Generation to help parents and caregivers take meaningful actions to improve the health and well-being of America’s youngest children, ages zero to five, and prepare them to succeed in the 21st century.

Prior to joining the Foundation, Patti was the Vice President of Public Policy for Sesame Workshop, the non-profit producer of Sesame Street. Patti previously served as Vice President of the Children & the Media Program at Children Now. In that role, she led a broad coalition in advocacy and policy efforts to improve the media environment for children.

Patti holds an M.A. in Social Sciences in Education from Stanford University and a B.A. in Mass Communications from the University of California at Berkeley.

Dana Suskind is Professor of Surgery at the University of Chicago, Director of the Pediatric Cochlear Implant Program and Founder and Director of the Thirty Million Words Initiative.  Based on scientific research that shows the critical importance of early language exposure on the developing child, Thirty Million Words helps parents enhance their home language environment in order to optimize their child's brain development and, therefore, his or her ability to learn.  An evidence-based intervention, Thirty Million Words is supported by a broad coalition of public and private partnerships and is an extension of Dr. Suskind's Project ASPIRE, which she created to assure that her patients from disadvantaged backgrounds reached their full listening and spoken language potentials.  Dr. Suskind's ultimate goal, and that of her dedicated team, is to help all children reach their full potentials and to close the ever-widening achievement gap.