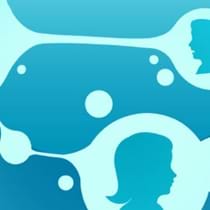 Due to unforeseen circumstances, Building a Collaborative International Network has been canceled. All registrants will receive a full refund. However, Dr. Terrie Taylor will still present a webinar on her experience building an international network. This webinar will begin at 6:00 PM on Thursday April 24. If you are interested in this presentation, please register for the webinar, which is available for free.

In the future global economy, limited resources will demand increased international collaborations. These collaborations can occur as large-scale initiatives, such as the Human Genome Project or Large Hadron Collider, or small-scale collaborations between laboratories and businesses from different countries. However, cultural differences can often complicate and obstruct successful business and scientific collaborations.

To succeed in the global economy, scientists and engineers must be able to network and communicate with professionals from different cultures and backgrounds. These skills are vital for career success in academia, government, and business.

In this interactive event at the Academy, you will receive an introduction to:

This event can only accommodate a limited number of participants, so don't miss your chance to learn how to effectively build an international network. We will also provide a list of resources to help you continue your training after the event.

Parker Emerson is the Associate Director of Yale University’s Office of International Students and Scholars. There he oversees all employment based visa sponsorship (non-immigrant and immigrant) for international faculty, researchers, students and staff. Mr. Emerson is an active member of the American Council on International Personnel (ACIP) and has been a member of NAFSA: Association of International Educators since 1985. Mr. Emerson is chair of the NAFSA Workgroup on Prevailing Wage issues, and a standing member of the Region XI Government Regulations Advisory Committee. Prior to joining Yale Mr. Emerson was a leading member of the Harvard International Office for almost 20 years working with all non-immigrant visas and developing programs to support the international population. In the area of intercultural learning Mr. Emerson has been an adjunct faculty member of Lesley University, teaching in the Master’s degree program on Intercultural Relations. He has presented as an expert speaker with professional associations including the American Association of Collegiate Registrars and Admissions Officers (AACRAO), the International Careers Consortium (ICC) and the National Postdoctoral Association (NPA.) Since chairing the State Department sponsored Country Culture Workshop on Cuba, Mr. Emerson has remained an expert in the field of student and faculty exchanges between the US and Cuba.

Dr. Joann Halpern is the Director of the German Center for Research and Innovation (GCRI) in New York City. Her responsibilities include strategic planning, program development and strategic outreach. Be­fore she joined the GCRI, Halpern was Director of Academic Affairs and Senior Studies and Assistant Pro­fessor of International Education at Global College of Long Island University, where she spearheaded the campus internationalization process, taught undergraduates, and revised the Global College curriculum. From 1996-2001, Halpern was Director of International Programs at Harz University in Wernigerode, Ger­many where she created university exchange programs in over 20 countries for students and professors, developed dual degree programs in business administration and tourism management, and taught un­dergraduates. She also co-founded Knowledge Transfer Beyond Boundaries, an NGO with projects in Cameroon, Nigeria, Yemen, and Antigua. Halpern received her B.A. from Dartmouth College, her M.A. from Harvard University, and her Ph.D. from New York University. She has taught courses in global stud­ies, intercultural communication, business English, ESL, German, and English at universities in the United States (Harvard University, Dartmouth College, Long Island University) and in Germany (University of Magdeburg and Harz University). She is a recipient of the Harvard University Award for Distinction in Teaching as well as grants and fellowships from the following organizations and programs: Fulbright, Na­tional Endowment for the Humanities, the German Academic Exchange Service (DAAD), and the Robert Bosch Foundation. She serves on the board of directors of the Technical University of Dortmund, Con­Ruhr, and LIU Global.

Dr. Terrie Taylor is a University Distinguished Professor of Osteopathic Medicine at Michigan State University, College of Osteopathic Medicine. Dr. Taylor has extensive experience conducting research abroad and has collaborated with scientists from numerous countries and cultures. She has been living and working in Blantyre, Malawi, for six months each year (the “rainy season”, January-June) since 1986. At the behest of the Ministry of Health of Malawi, Prof. Malcolm Molyneux and Dr. Talyor launched a study of severe malaria in Malawian children. They started with clinical observations and developed the Blantyre Coma Score, which is now widely used to assess “depth of coma” in children with CM. Prof. Molyneux and Dr. Taylor carried out the largest autopsy-based study of fatal malaria to date, and recognized that the clinical case definition of CM was incorrect ~25% of the time. Malarial retinopathy, a constellation of findings in the ocular fundus, was described for the first time in Blantyre, and they quickly recognized that it was a very good discriminator of the “true” cerebral malaria identified at autopsy. In 2009, magnetic resonance imaging technology arrived in Malawi (courtesy of General Electric Health Care), and it has greatly illuminated our understanding of malaria pathogenesis by highlighting the link between increased brain volume (“brain swelling”) and death in CM. In addition to her research in Malawi, Dr. Taylor teaches at the Michigan State University College of Medicine, and 24 students travel to Malawi each year for a six-week elective. Those students share the “MSU house” in Malawi with her while they are there. Dr. Taylor received BA in Biology from Swarthmore College and DO from Chicago College of Osteopathic Medicine.

Developing a strong professional network is critical for career success. In this session, participants will learn about tools and techniques that will allow them to build and maintain an effective network. In this session, Dr. Joann Halpern will discuss:

Dr. Taylor, a world leader in malaria research, will discuss her personal experience collaborating and building international networks. She will also provide insight on how other scientists can on learn from her experience.

Assumptions about interpersonal communication are challenged when there is more than one culture represented in the work place or collaboration. We will analyze this dynamic by first identifying some American work-place norms including verbal and non-verbal communication, peer and PI expectations, and work-ethic assumptions. Next we will look at how some other cultures differ and /or view the American norms in order to facilitate a discussion of best practices in intercultural communication and networking. We will close with an interactive case study to highlight some of the lessons we discussed.