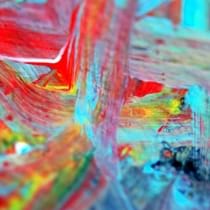 Engineering and Philosophy: Social, Technical, and Intellectual Elites in Interwar Germany and the US

Professor Voskuhl's talk is concerned with discussions surrounding the terms technology (Technik) and culture (Kultur) among engineers and philosophers in Germany between the 1890s and the 1930s. Philosophers in this period newly established technology as an object of philosophical inquiry and started to grasp in metaphysical, aesthetic, and phenomenological terms the realities of the so-called Second Industrial Revolution. Some of those philosophers of technology (such as Oswald Spengler and Ernst Jünger) were members of the "Conservative Revolution" of the Weimar Republic and used the term Technik to formulate their influential reactionary and anti-modern agendas, deploying Technik in particular as a rhetorical tool to wage a massive attack against the entire bourgeois legacy — including the bourgeois citizen and the bourgeois state — of 18th- and 19th-century Germany and Europe. These discussions attracted the attention of philosophically and politically ambitious engineers at the time, who were themselves in a process of cultural and political emancipation and aimed to establish themselves as members of political decision-making elites. This happened in intense competition with the existing, mostly humanistically trained (i.e. bourgeois) political elites that had emerged in the Prussian state during the 19th century. Professor Voskuhl aims to understand better the historical connections between the emergence of technology as a subject of philosophical thinking and the emergence of engineers as a social group and political elite in this moment of political, military, and philosophical crisis of modern industrial nation-state building.

Heidi Voskuhl teaches the history of technology in the Department of History and Sociology of Science at the University of Pennsylvania. She received her PhD from the Department of Science and Technology Studies at Cornell University and taught after that at the Department of the History of Science at Harvard University. Her first book, Androids in the Enlightenment: Mechanics, Artisans, and Cultures of the Self, came out in June 2013 with the University of Chicago Press. Her larger interests include the philosophy of technology, modern intellectual history, and theories of media and textuality. She is currently working on a book project on the role of the philosophy of technology in engineers' efforts to constitute themselves as a new professional group during the Second Industrial Revolution.

* A reception will precede the lecture in Faculty House starting at 5:00. (Please note the new change.) Drinks and hors d'oeuvres will be served. If you would like to attend, please RSVP by contacting Sean O'Neil at sto2109@columbia.edu.

* To RSVP for dinner with the speaker following the lecture, please contact Sean O'Neil at sto2109@columbia.edu.

This meeting is free and registration is not required.

Metropolitan New York Section of the History of Science Society

University Seminar in History and Philosophy of Science

Section for History and Philosophy of Science and Technology