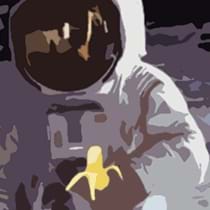 Presented by Science & the City, The Sackler Institute for Nutrition Science, and Astronomy on Tap

Going to space is the ultimate adventure, but it's also fraught with challenges — some big and some small. The tiniest margin of error can determine if a mission is a success or a failure. But other concerns, though far less dramatic, are also important to those who venture into the final frontier. Concerns like what to make for dinner and how to eat it in zero gravity.

Astronaut Charlie Camarda and space nutritionist Sara Zwart chat with Dave Mosher of Popular Science, giving us an insider's perspective on some of the less-discussed challenges of life in space. They'll talk about what it's like to go to space, how astronauts keep themselves healthy in literally out-of-this-world conditions, and how space-based research is helping scientists better understand the human body and its needs, both on and off the Earth.

This event is part of the Mis/Adventures in Science Series.

In this three-part series you'll meet scientists whose research takes them outside the lab and into dangerous, accident-prone territory. Learn what to eat and not to eat in space, how to survive the deep freeze while still conducting research, and what happens when the animals you're studying aren't furry balls of love.

Come exploring with us!

Dave Mosher is a science and technology journalist and the projects editor at Popular Science. In his reporting adventures for outlets such as WIRED, Scientific American, Popular Mechanics, Discover, National Geographic News, the Discovery Channel, and Space.com, Mosher has watched humans and robots launch into space, toured defunct nuclear reactors, and flown over the North Pole to witness a total solar eclipse.

Charles Camarda was born in Queens, New York and received his undergraduate degree in Aerospace Engineering from the Polytechnic Institute of Brooklyn in 1974. Upon graduation, he began work at NASA's Langley Research Center (LaRC), received his M.S. from GW in Mechanical Engineering in 1980 and a Ph.D. in Aerospace Engineering from VPI in 1990. He was Head of the Thermal Structures Branch at LaRC and led the structures and materials efforts of two programs: The National Aero-Space Plane (NASP) and the Single-Stage-to Orbit Program. He was selected to be an Astronaut in 1996 and flew on the return-to-flight mission of Space Shuttle following the Columbia Accident, STS-114, in 2005. He was selected Director of Engineering at JSC in December 2005 and is now the Sr. Advisor for Innovation at NASA's Office of the Chief Engineer.

Sara R. Zwart is Senior Scientist and Deputy Manager for Nutritional Biochemistry at the NASA Johnson Space Center. She joined this group in 2003 as a National Research Council Post-doctoral Fellow, and then began as Research Scientist in the laboratory in 2005. The Nutritional Biochemistry Laboratory is charged with defining the nutritional requirements for extended-duration spaceflight. Operational and research activities are being conducted to define the impact of spaceflight on human physiology and nutritional requirements. Dr. Zwart has been involved with research investigating relationships between nutrition and physiological effects of spaceflight, including bone and muscle loss, changes in iron metabolism, and oxidative damage. Spaceflight studies include nutritional assessments during long-duration missions and dietary modification to mitigate bone loss associated with spaceflight. Ground-based research is used to understand the role of nutrition in ground-analog studies which simulate varied aspects of space travel. These include rotating cell culture models, NASA Extreme Environment Mission Operations (NEEMO) undersea missions, extravehicular activity analogs at the Neutral Buoyancy Laboratory at the Johnson Space Center, bed rest, and Antarctic winter. Dr. Zwart earned her Bachelor of Science degree in Biological Sciences from the University of Notre Dame in 1999, and her doctorate in Nutritional Sciences from the University of Florida in 2003.