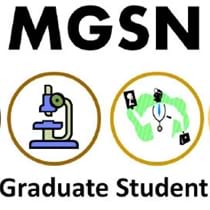 Join us to celebrate the launch of the Minority Graduate Student-Network's partnership with the New York Academy of Sciences. As the tools to share scientific research further democratize access to information, a community is needed to pool resources to prepare underrepresented minority students and early career scientists for sustainable STEM careers.

In order to accomplish this goal, the Minority Graduate Student-Network (MGSN) seeks to bring together people within traditional and nontraditional STEM areas for an open exchange of experiences, advice, and perspectives that will influence a new culture of scientific professional development.

We will host an expert panel who will discuss the changing landscape of STEM and share insights on their various and often multidisciplinary career trajectories. They will also discuss challenges that URM students face in pursuing careers in STEM. During our roundtable discussions, we will solicit ideas for future MGSN events and initiatives. A networking session will follow where guests will have the opportunity to connect with fellow students, potential collaborators, professionals from academics and industry, and to become a MGSN member. By joining MGSN, you will play a critical role in expanding MGSN's network in the NYC metropolitan area and beyond.

Intended Audience
This event is open to all individuals—students, postdocs, and professionals—interested in supporting, enhancing, and diversifying STEM education and career opportunities as well as expanding their academic and professional networks.

MGSN is a student-run organization founded in the early 2000s to advance the interests of diversity in the sciences. The aim of MGSN is to create a community to help retain and increase the number of underrepresented minority graduate students pursuing professional degrees in the sciences.

MGSN comprises of masters, PhD, MD, and MD/PhD students who attend institutions in the NYC metropolitan area and conduct research in a variety of STEM and medical fields. MGSN promotes and hosts exclusive opportunities and access to career resources. All MGSN events are open to and can benefit students from all scientific fields and backgrounds.

Science Alliance was launched in 2003 by the New York Academy of Sciences and a consortium of universities, teaching hospitals, independent research facilities, and organizations in order to help young scientists attain successful and rewarding careers.

Brought about by a need to align scientific training with workforce needs, our mission is to foster lifelong career and professional skills through education, development, and training. We provide unparalleled opportunities to learn and network across institutions, disciplines, and industries through seminars, workshops, and courses held throughout the year at the Academy and our partner institutions.

Douglass is an assistant professor in the School of Information Sciences at the University of Tennessee. Douglass is also a co-leader of the Sociocultural Working Group of the NSF-funded DataONE Project. In addition, she is a graduate student mentor for the Institute of Museum and Library Services-funded SciData Project, which provides research opportunities and practical experience to students interested in science data curation. Douglass' research explores and examines knowledge infrastructures. These infrastructures are social forms that present themselves as complex systems of people, institutions, and technologies. Examples of these structures include science data infrastructures, science data assets, and egovernment. Her most recent works explore research data service (RDS) delivery by federal libraries and librarians, the implications of science data infrastructures for K-12 education, and the e-governance needs of environmental justice stakeholders.

Formerly, Douglass was a post-doc for the DataONE Project. Also, she was a visiting lecturer at Tennessee Technological University. In addition, she was a policy analyst for the Tennessee Department of Environment and Conservation and the Tennessee Comptroller of the Treasury. Douglass earned a PhD in political science in 2009 from the University of Tennessee. She earned a Masters of Public Administration from Tennessee State University in 1997.

Christine Hendon is an Assistant Professor in the Department of Electrical Engineering. Her research interests are in developing optical imaging and spectroscopy instruments for applications in cardiac electrophysiology and interventional cardiology. Dr. Hendon received the BS degree in Electrical Engineering and Computer Science from the Massachusetts Institute of Technology in 2004, and MS and PhD degrees in Biomedical Engineering from Case Western Reserve University, 2007 and 2010.

Dr. Michelle Juarez completed her PhD in Genetics at Stony Brook University and Cold Spring Harbor Laboratory. Then she complete an NIH-NIGMS-IRACDA postdoc fellow at University of California — San Diego. The IRACDA program comprised a National network of postdocs and faculty with interests in science and education. Dr. Juarez participated in the HHMI – National Academies Summer Institute on Undergraduate Education in Biology. In addition, she served as a Postdoc member of the Minorities Affairs Committee in the American Society for Cell Biology. In Jan 2013, Dr. Juarez joined the faculty at City College of New York as an Assistant Medical Professor in the Sophie Davis School of Biomedical Education. Her current research goals focus on developing the model organism Drosophila melanogaster as a tool to study cellular communication during injury (Juarez MT et al., J Vis Exp JoVE. 2013;(81):e50750).

Richard Torres received his PhD from the Albert Einstein College of Medicine in 1996 under the guidance of Dr. Ronald DePinho. The Ph.D. was based on studies done with the myc-family of oncogenes. After Einstein, Richard joined Regeneron as a Post-Doctoral fellow, working under the guidance of Dr. George Yancopoulos. There he worked on several projects, including basic neuroscience and cell surface receptors. Following his Post-Doctoral position, Richard got promoted to a Scientist at Regeneron. After several years working on numerous projects, he became involved in the development of mouse models for various diseases. This eventually led to the development of the Pain in vivo pre-clinical group, which he spearheaded. Richard is currently a Senior Staff Scientist working in a newly formed area called Target Information Group where he analyzes scientific literature and patents, and utilizes databases to gather information. He presents his findings on the mechanisms of action, competitive intelligence, clinical trial developments, and etc. for drug targets to the different therapeutic groups at Regeneron.

In 1973 Dr. Oppenheim joined the faculty of NYU School of Medicine as an Assistant Professor in the Department of Microbiology, and was later appointed Associate Professor in 1978. He ran an NIH funded research lab for 20 years, training PhD students, medical residence and postdocs. He also served as the Co-PI and Associate Program Director of the Department’s NIH funded Infectious Diseases Training Grant. In 1994 Dr. Oppenheim was appointed the Associate Dean for Graduate Studies and Director of NYU’s Sackler Institute of Graduate Biomedical Sciences (the largest full-time granting PhD division of NYU’s Graduate School of Arts and Science which offers graduate programs in the basic medical sciences leading to the PhD and MD/PhD degrees), and was promoted in 2002 to Senior Associate Dean for Biomedical Sciences at NYU School of Medicine, a position that oversees all student research (PhD, MD/PhD, and all summer programs) and postdoctoral training. Major accomplishments while he has been Dean include: the creation of one of the first "umbrella" structured graduate programs which offers students interdepartmental and interdisciplinary training; the initiation of an aggressive national recruitment program which has resulted in a 250% increase in total applicants, a 600% increase in U.S. applicants, a 2000% increase in the number of underrepresented minority applicants, and a 1800% increase in the number of underrepresented minority matriculates (who now make up 19% of graduate student population). Other accomplishments include: the initiation of teaching scientific ethics and grant writing courses at NYU School of Medicine for all graduate students, postdoctoral and clinical fellows; the creation of NYU’s Postdoctoral Program, which was established to improve the quality of life and educational experience for postdoctoral fellows; and, the organization of "What Can You Be With a PhD" fairs, the largest continually running graduate and postdoctoral career fair in the country. Dr. Oppenheim was one of the initial founding members of the Leadership Alliance (1992), the AAMC GREAT Group (1994) and NYAS Science Alliance (2002). He has served on many national advisory committees involved with graduate education, pipeline issues and the recruitment and retention of underrepresented students to graduate programs, including NIH, NSF, ASM, Leadership Alliance, and grant study sections.