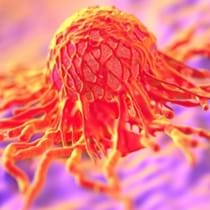 Presented by The Feinstein Institute for Medical Research, Molecular Medicine, and The New York Academy of Sciences

The Ross Prize in Molecular Medicine was established in conjunction with the Feinstein Institute for Medical Research and Molecular Medicine.  The Prize recognizes biomedical scientists whose discoveries have changed the way medicine is practiced.  It is awarded to scientists who have made a significant impact in the understanding of human disease pathogenesis and/or treatment and who hold significant promise for making even greater contributions to the general field of molecular medicine.

The 2015 Ross Prize in Molecular Medicine will be awarded to Dr. Lewis C. Cantley for his critical discoveries regarding signaling pathways in cancer cells. Dr. Cantley discovered the phosphoinositide 3-kinases (PI3K), which are critical for cell growth, proliferation, and survival. Following this discovery, he demonstrated that activity-enhancing mutations in PI3K were present in several types of human cancer, and he continued to investigate small molecule inhibitors of PI3K that are now approved for use in the treatment of cancer.

José Baselga, MD, PhD is an internationally recognized clinician and researcher, currently serving as Physician-in-Chief and Chief Medical Officer of Memorial Sloan Kettering Cancer Center, President of AACR and is a past President of ESMO. His clinical interests focus on identifying novel mechanisms of resistance to current breast cancer therapies, while his laboratory work focuses on growth factor receptors and signaling pathways as targets for therapy. Dr. Baselga led the pivotal studies that showed efficacy of the HER family kinase inhibitors cetuximab, gefitinib and trastuzumab. His efforts resulted in the approval of pertuzumab and everolimus in breast cancer. He now leads clinical studies with PI3K inhibitors.

Lewis C. Cantley, Ph.D., is the Margaret and Herman Sokol Professor and Director of the Cancer Center at Weill Cornell Medical College/New York Presbyterian Hospital. Dr. Cantley grew up in West Virginia and graduated from West Virginia Wesleyan College in 1971. He obtained a Ph.D. in biophysical chemistry from Cornell University in 1975 and did postdoctoral training at Harvard University. Prior to taking the position at Weill Cornell, he taught and did research in biochemistry, physiology and cancer biology in Boston, most recently at Beth Israel Deaconess Medical Center and Harvard Medical School. His laboratory discovered the PI 3-Kinase pathway that plays a critical role in insulin signaling and in cancers.

The Feinstein Institute for Medical Research

Harold Varmus, M.D., co-recipient of the Nobel Prize for studies of the genetic basis of cancer, joined the Meyer Cancer Center of Weill Cornell Medical College as the Lewis Thomas University Professor of Medicine on April 1, 2015.  Prior to joining Meyer Cancer Center, Dr. Varmus was the Director of the National Cancer Institute for five years.  He was also the President of Memorial Sloan-Kettering Cancer Center for 10 years and Director of the National Institutes of Health for six years.   A graduate of Amherst College and Harvard University in English literature and Columbia University in Medicine, he trained at Columbia University Medical Center, the National Institutes of Health, and the University of California San Francisco (UCSF), before becoming a member of the UCSF basic science faculty for over two decades. He is a member of the U.S. National Academy of Sciences and the Institute of Medicine and is involved in several initiatives to promote science and health in developing countries.  The author of over 350 scientific papers and five books, including a recent memoir titled The Art and Politics of Science, he was a co-chair of President Obama’s Council of Advisors on Science and Technology, a co-founder and Chairman of the Board of the Public Library of Science, and chair of the Scientific Board of the Gates Foundation Grand Challenges in Global Health.

Phosphoinositide 3-Kinase (PI3K) is a central enzyme in a signaling pathway that mediates cellular responses to insulin and other growth factors. The signaling pathway involving insulin, PI3K and the downstream components of AKT and mTOR is highly conserved from worms and flies to humans and genetic analysis of the pathway has revealed a conserved role in regulating glucose metabolism and cell growth.  Germline mutational events that lead to hyperactivation of the PI3K pathway result in hamartoma syndromes and cancers.  Sporadic activating mutations in PIK3CA, encoding the p110alpha catalytic subunit of PI3K or inactivating mutations in PTEN, a phosphoinositide 3-phosphatases that reverses the effects of PI3K, are among the most common events in solid tumors.  More than thirty drugs that target PI3K and other components of this pathway are in clinical trials for a variety of cancers.  It is likely that PI3K pathway inhibitors will need to be combined with other drugs to be broadly effective.  We have employed genetically engineered mouse models that develop cancers due to mutations in genes in the PI3K pathway and are using these models to explore the efficacy of PI3K pathway inhibitors as single agents or in combination with other drugs. The role of PI3K inhibitors for treating cancers in these mouse models and in human trials will be discussed.