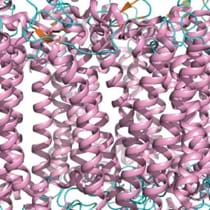 The New York tri-state area is home to a strong community of structural biologists, biophysicists, and biochemists spanning the academic, industrial, and start-up communities working to characterize proteins and other macromolecules. The New York Structural Biology Discussion Group offers a place for them to meet and discuss their findings. The group convenes twice annually and presents talks and poster sessions from graduate students, postdocs, and laboratory heads. The program committee selects presentations focusing on new and emerging data and techniques from area laboratories. This meeting provides a relaxed forum to exchange ideas, network, and form research collaborations.

Poster Competition: Call for Abstracts
Submission are invited for a poster competition. All posters on site will be judged by a scientific committee, and three or more posters will be selected for special recognition. For complete poster submission instructions, please send an email to Structural10@nyas.org with “Abstract Information” in the subject line. There is no need to type a message; instructions will be forwarded automatically. Please call 212.298.8694 with any questions. Deadline for submissions is January 5.

There is no charge for the meeting but you must pre-register to attend. Space is limited and early registration is encouraged. We cannot guarantee you will be admitted if you are unregistered. Be sure to bring photo ID on day of the meeting.

Dr. Brujic is an Associate Professor of Physics at New York University and leads the Biophysics and Jamming group within the Center for Soft Matter Research. Her postdoctoral training in the group of Prof. Julio Fernandez at Columbia University involved single molecule force spectroscopy on mechanically stable proteins, which revealed glassy dynamics on a complex free energy landscape. Dr. Brujic received her PhD in Physics from the University of Cambridge on the statistical mechanics of jammed materials. Her laboratory is combining soft matter and biophysics to study biologically inspired new materials.

Bridget Carragher received her Ph.D. in Biophysics from the University of Chicago in 1987. She then worked in a variety of positions, both in industry and academia until moving to the Scripps Research Institute in 2001. Since 2002 she and Clint Potter have Directed the National Resource for Automated Molecular Microscopy (NRAMM), an NIH funded national biotechnology center. The focus of NRAMM is the development of automated imaging techniques for solving three-dimensional structures of macromolecular complexes using cryo-transmission electron microscopy (cryoEM). The overall goal is to develop new methods to improve the entire process, from specimen preparation to the generation of the final three-dimensional map. At the beginning of 2015, Bridget Carragher and Clint Potter will become Co-Directors of the Electron Microscopy Group at the New York Structural Biology Center.

John Chodera received his PhD in Biophysics at UCSF, working with Ken Dill and collaborators to develop the now-widespread Markov state modeling technique for extracting coarse-grained conformational dynamics from detailed atomistic models.  As a postdoctoral fellow with Vijay Pande at Stanford, he continued to develop these tools for understanding conformational dynamics of proteins.  From there, he was an independent QB3 Distinguished Postdoctoral Fellow at UC Berkeley, where he developed new techniques for interpreting single-molecule force spectroscopy experiments and applied lessons learned from how statistical mechanics impacts protein folding to problems in rational drug discovery.  In 2013, he moved to MSKCC, where his group uses both computation and experiment to develop detailed predictive models to facilitate computational drug design.

Oliver Clarke obtained his PhD in the laboratory of Dr. Jacqui Gulbis, at the Walter and Eliza Hall Institute, in Melbourne Australia. His thesis studies focused on the structural analysis of potassium channel gating by X-ray crystallography. After completing his PhD in 2011, Oliver moved to New York, where he joined the laboratory of Prof. Wayne Hendrickson as a postdoctoral research fellow. His present studies focus on analysis of ryanodine receptor structure and gating by cryoelectron microscopy.

Dr. Debler received his Master's Degree in biochemistry from the Free University in Berlin, and his Ph.D. in biophysics from The Scripps Research Institute/La Jolla, California, where he was in Ian Wilson's lab. He is currently a postdoc in Günter Blobel's Laboratory of Cell Biology at the Rockefeller University, where he was the Dale F. Frey Fellow of the Damon Runyon Cancer Research Foundation.

Hunter College of The City University of New York

Nancy Greenbaum received her Ph.D. in Biochemistry from the University of Pennsylvania and her first postdoctoral training at Rockefeller University, both in the field of bioenergetics, followed by additional postdoctoral training at Columbia University and MSKCC in NMR studies of RNA. She then joined the Dept. of Chemistry & Biochemistry at Florida State University (1997), and relocated to NYC for her current position in the Dept. of Chemistry & Biochemistry at Hunter College of CUNY (since 2007). Her research focuses on the structural biology of noncoding RNA molecules investigated by solution NMR and other spectroscopic tools.

David Hall received a S.B. in Chemistry from MIT (1970) and a Ph.D. in Biology from Caltech (1977). He began using TEM and serial thin sections to study the nematode nervous system as a graduate student. After a postdoc with Mike Bennett at Einstein studying gap junctions, Hall resumed his work on Caenorhabditis elegans anatomy. Hall is the Director of the Center for C. elegans Anatomy at Einstein, and the principal author of the website WormAtlas and the book “C. elegans Atlas”. In 2014 he and co-authors were awarded the Newcomb Cleveland Prize from AAAS for the best paper in Science.

Barry Honig's research involves the use of computational approaches, based on both biophysics and bioinformatics, to study the structure and function of biological macromolecules. His current interests include the molecular basis of cell-cell adhesion, the principles of protein-DNA recognition and the general exploration of protein sequence/structure/function relationships. Professor Honig received his B.Sc. from the Polytechnic Institute of Brooklyn in 1963 and the Ph.D. from the Weizmann Institute and Tel-Aviv University in 1968 under the direction of Joshua Jortner. He was a postdoctoral fellow with Martin Karplus in the Chemistry Department of Harvard and then with Cyrus Levinthal in the Biology Department of Columbia. He has been a senior lecturer in the Hebrew University and an associate professor at the University of Illinois. Since 1981, Dr. Honig has been a professor of Biochemistry and Molecular Biophysics at Columbia University and is currently the director of Columbia’s Center for Computational Biology and Bioinformatics. He is an investigator of the Howard Hughes Medical Institute and is a member of the U.S. National Academy of Sciences and the American Academy of Arts and Sciences. He has been President of the Biophysical Society, received an NIH Merit Award, is recipient of the Founders Award of the Biophysical Society, the Alexander Hollaender Award in Biophsyics from National Academy of Sciences, Christian B. Anfinsen Award from the Protein Society, DeLano Award for Computational Biosciences from the American Society for Biochemistry and Molecular Biology and is a Fellow of the American Association for the Advancement of Science and of the Biophysical Society. He is the author of around 300 publications.

Jinrang Kim completed his graduate work at Columbia University. He worked under the guidance of Dr. John Hunt and focused on the structure and function of ABC transporters to elucidate the molecular mechanisms of the transporters. After finishing his graduate work, he stayed as a joint postdoc with Drs. John F. Hunt and Ruben L. Gonzalez and developed an smFRET method to study the conformational dynamics of the E. coli vitamin B12 transporter, BtuC2D2-F. He is currently a postdoctoral fellow at Regeneron Pharmaceuticals in Tarrytown, New York.

Nina Liu obtained her PhD under the supervision of Prof. Peter J. Tonge at Stony Brook University, NY in 2011. Her thesis focused on mechanism and inhibition studies of enoyl-acyl carrier protein (ACP) reductase and enoyl-ACP isomerase from pathogenic bacteria. After completion of her degree she worked as a research associate in Prof. Scott. A. Lesley group at the Scripps Research Institute, CA, using high-throughput structure pipeline to determine novel protein structures and to explore protein structure/function relationships. In May 2013 she joined in Prof. Jonathan R. Lai group at the Albert Einstein College of Medicine, NY, as a postdoctoral research fellow. She is currently working on structural characterization potential interactions between the fusion loop and membrane proximal external region/transmembrane segments of Ebola and Marburg virus glycoprotein in membrane-like environments, as well as bispecific antibody engineering and cross-neutralizing antibody discovery.

J. Patrick Loria grew up in Fairmont, WV and received his B.Sc. in Chemistry from The George Washington University in 1990. He received his Ph.D. in Biochemistry from the University of Notre Dame under the direction of Professor Thomas Nowak, studying the enzymological and allosteric properties of Yeast Pyruvate Kinase. In 1997, he trained in solution NMR techniques as an NIH Postdoctoral Fellow with Professor Arthur G. Palmer at Columbia University. Since 2001 he has been on the faculty at Yale University in the Department of Chemistry. His research interests are focused on understanding conformational fluctuations in the function of enzymes.

Working for more than twenty years in the development of synchrotron instrumentation for structural biology. I have built and operated beam lines at the SRS Daresbury – firstly UV-vis instruments for spectroscopy and photo-fragmentation experiment and then for their first tunable anomalous dispersion beamline. Moving to the EMBL Grenoble I constructed beamlines at the ESRF including the first dedicated undulator beam line, in this period I established an firm interest in data collection methods, the issues associated with X-ray radiation damage and the automation of MX experiments. In July 2000 I moved to the ESRF in order to establish a structural biology group, this group had the functions of developing and operating the beamline instrumentation and also the creation of an in-house structural biology research program. Both endeavors succeed establishing a vibrant culture of research and team work in the laboratory, this work also lead to us creating a partnership for structural biology (http://psb-grenoble.eu) linking the International institutes in Grenoble (ILL, ESRF and EMBL) with the French research community in the city.  In October 2013 I joined BNL as Associate Division Director for structural biology here we will establish world-leading facilities for the use of synchrotron radiation at the NSLS-II.

For 30 years, Clint Potter's career has focused on developing and managing the application of computational technologies to imaging systems in fields ranging from satellite reconnaissance systems to medical imaging and structural biology. For the last 15 years, in collaboration with Bridget Carragher, his efforts have focused on the development of technology for advancing electron microscopy methods for structural biology through automation. Potter is Co-Director of the National Resource for Automated Molecular Microscopy and most recently has been a Professor at the Scripps Research Institute. At the beginning of 2015, he joined Carragher as Co- Director of the Electron Microscopy Group at the New York Structural Biology Center.