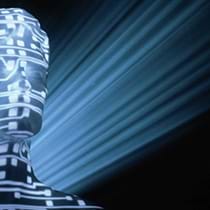 Machine Learning, a subfield of computer science, involves the development of mathematical algorithms that discover knowledge from specific data sets, and then "learn" from the data in an iterative fashion that allows predictions to be made. Today, Machine Learning has a wide range of applications, including natural language processing, search engine functionality, medical diagnosis, credit card fraud detection, and stock market analysis.

This symposium — the tenth in an ongoing series presented by the Machine Learning Discussion Group at the New York Academy of Sciences — will feature Keynote Presentations from leading scientists in both applied and theoretical Machine Learning.

Three of the keynote addresses for this meeting will be presented via Livestream. For full details, and to view the Livestreams, use the link below:

Sebastien Bubeck is a researcher in the Theory Group at Microsoft Research. Prior to MSR he was an assistant professor in the ORFE department at Princeton University. His research has won a few awards, including the 2010 Jacques Neveu prize (best French Ph.D. in probability/statistics) and a 2015 Sloan Fellowship in Computer Science.

Alex Graves is a research scientist at Google DeepMind. His work focuses on developing recurrent neural networks for sequence learning, and now features prominently in areas such as speech recognition, handwriting synthesis, and generative sequence modelling. Alex has done a BSc in Theoretical Physics at Edinburgh, Part III Maths at Cambridge, a PhD in AI at IDSIA with Juergen Schmidhuber, followed by postdocs at TU–Munich and with Geoff Hinton at the University of Toronto. Most recently he has been spearheading DeepMind's development of Neural Turing Machines.

Alexander (Sasha) Rakhlin is an Associate Professor at the Department of Statistics at the University of Pennsylvania. He received his bachelor’s degrees in Mathematics and Computer Science from Cornell University, and a doctoral degree from MIT. He was a postdoc at UC Berkeley before joining UPenn. His research is in machine learning, with an emphasis on online methods, statistics, and computation. Alexander is a recipient of the NSF CAREER award, IBM Research Best Paper award, Machine Learning Journal award, and COLT Best Paper Award.

Ambuj Tewari is an assistant professor in the Department of Statistics and the Department of EECS at the University of Michigan, Ann Arbor. His is also affiliated with the Michigan Institute of Data Science (MIDAS). His research interests lie in machine learning including statistical learning theory, online learning, reinforcement learning and control theory, network analysis, and optimization for machine learning. He collaborates with scientists to seek novel applications of machine learning in mobile health, learning analytics, and computational chemistry. His research has been recognized with paper awards at COLT 2005, COLT 2011, and AISTATS 2015.  He was the recipient of an NSF CAREER award in 2015.

Naoki Abe is a principal research staff member and senior manager of “Data Analytics” within the Solutions and Mathematical Sciences Department. He obtained his B.S. and M.S. degrees in computer science from MIT in 1984, and Ph. D. in computer science from University of Pennsylvania in 1989. He has been with IBM Research since 2001, conducting research in the development of novel machine learning methodologies that open up new applications in business analytics and optimization. His research activities range from applications of reinforcement learning to business analytics, methods for anomaly detection and temporal causal modeling. Methodologies that he co-developed through these research efforts have made their ways into a number of IBM offerings, including the Tax Collections Optimizer and signature solutions “Next Best Action” and “CFO-dashboard.”

Corinna Cortes is the Head of Google Research, New York, where she works on a broad range of theoretical and applied large-scale machine learning problems. Prior to Google, Cortes spent more than ten years at AT&T Labs - Research, formerly AT&T Bell Labs, where she held a distinguished research position. Her research work is well-known in particular for her contributions to the theoretical foundations of support vector machines (SVMs), for which she jointly with Vladimir Vapnik received the 2008 Paris Kanellakis Theory and Practice Award, and her work on data-mining in very large data sets for which she was awarded the AT&T Science and Technology Medal in the year 2000. She received her master’s degree in physics from the University of Copenhagen and joined AT&T Bell Labs as a researcher in 1989. She received her PhD in computer science from the University of Rochester in 1993. Cortes is also a competitive runner, and a mother of two.

Tony Jebara is Associate Professor of Computer Science at Columbia University and Director of Machine Learning at Netflix. His research intersects computer science and statistics to develop new frameworks for learning from data with applications in recommendation, social networks, spatio-temporal data, vision and text. Jebara has founded and advised several startups including Sense Networks (acquired by yp.com), Evidation Health, Agolo, Ufora, MagikEye, and Bookt (acquired by RealPage NASDAQ:RP). He has published over 100 peer-reviewed papers in conferences, workshops and journals (such as NIPS, ICML, UAI, COLT, JMLR, CVPR, ICCV, and AISTAT) as well as the book Machine Learning: Discriminative and Generative. Jebara was the recipient of the Career award from the National Science Foundation, a best paper award at the 26th International Conference on Machine Learning, a best student paper award at the 20th International Conference on Machine Learning as well as an outstanding contribution award from the Pattern Recognition Society in 2001. Jebara's research has been featured on ABC, BBC, the New York Times, Slash Dot, Wired, Businessweek, IEEE Spectrum and more. He obtained his PhD in 2002 from MIT. Esquire magazine named him one of their Best and Brightest of 2008.

Rob Schapire is a Principal Researcher at Microsoft Research in New York City.  He received his PhD from MIT in 1991.  After a short post-doc at Harvard, he joined the technical staff at AT&T Labs (formerly AT&T Bell Laboratories) in 1991.  In 2002, he became a Professor of Computer Science at Princeton University.  He joined Microsoft Research in 2014.  His awards include the 1991 ACM Doctoral Dissertation Award, the 2003 Gödel Prize, and the 2004 Kanelakkis Theory and Practice Award (both of the last two with Yoav Freund).  He is a fellow of the AAAI, and a member of the National Academy of Engineering.  His main research interest is in theoretical and applied machine learning, with particular focus on boosting, online learning, game theory, and maximum entropy. For more information, see http://rob.schapire.net.

We consider the problem of predicting a binary label for an individual given the information about the person and her position within a network. Such a fusion of the two sources of information naturally arises in a variety of applications, including recommendation systems, ad placement, and personalized medical care.

When formalizing this problem, one faces a computationally intractable combinatorial objective. We present an unexpected phenomenon: it is possible to develop poly-time (and statistically near-optimal) online prediction methods even when the offline problem is provably hard. These prediction methods arise in a systematic way from a new online relaxation framework. Our approach naturally extends to the contextual multi-armed bandit setting with large sets of policies—a notoriously difficult problem, which is often encountered in real-world applications.

Mobile health (mHealth) refers to the use of mobile devices in accessing and delivering healthcare services. The growing use of mobile phones worldwide along with increasing barriers to receiving quality healthcare is sparking tremendous interest in mHealth both in academia as well as in industry. However, to realize the true potential of mHealth, we need interdisciplinary collaborations between specialists in behavioral sciences, human computer interaction, machine learning and statistics. I will describe Just-in-time Adaptive Intervention (JITAI), a conceptual framework designed to facilitate interdisciplinary communication in mHealth. I will also highlight the role of reinforcement learning algorithms in personalizing mHealth interventions to suit the needs of individuals at particular moments in their daily lives.

I will present three new results: (i) the Cramer transform of the uniform measure on a convex body is a universal self-concordant barrier; (ii) projected gradient descent with Gaussian noise allows to sample from a log-concave measure in polynomial time; and (iii) Thompson sampling combined with a multi-scale exploration solves the Bayesian convex bandit problem. The unifying theme in these results is the interplay between concepts from convex geometry, learning and information theory.

The ability to focus on one thing and ignore others plays a vital role in guiding human cognition. As well as allowing us to pick out salient information from noisy data, selective attention makes it possible to pursue one thought at a time, to remember one event rather than all events. This talk charts the recent introduction of smooth attention mechanisms into deep learning, which has made it feasible for neural networks to learn how to filter both external data and their own internal representations and manipulations of prior data. Crucially, because these mechanisms are differentiable, they can be trained with gradient descent, using only input and output examples. The talk will review a range of range of neural networks incorporating various forms of textual, visual and internal attention.