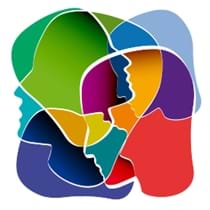 The Deeper Self: An Expanded View of Consciousness

As science continues to explore the mysteries of the unconscious, two critical questions remain: first, can unconscious impulses, desires, and feelings be willfully raised to the level of the conscious self? And, if so, would the unveiling of unconscious mechanisms lead to genuine self-knowledge or empowerment? Second, can we methodically tap into the unconscious to gear ourselves along more creative lines? If the unconscious is a source of intuitive and creative inspiration, how might a more expansive understanding of consciousness help us to flourish? How can we harness the intuitive parts of ourselves to think "outside the box," transcending the limitations of preconceived categories? And along those same lines, how would an expanded view of the unconscious frame our spiritual experiences or offer spiritual nourishment? Writer Siri Hustvedt, historian of psychology Sonu Shamdasani, and neuropsychologist Mark Solms will tackle everything from noetic experiences and the role of intuition to the phenomenon of peak experience and Jung's "collective unconscious."

Video of the full event is available on the Nour Foundation's YouTube channel.

This event is part of the Unlocking the Unconscious: Exploring the Undiscovered Self series.

Moderated by Wisconsin Public Radio's Steve Paulson, this three-part series brings together leading scientists and scholars to probe the largely unexamined realm of the unconscious mind through a mix of disciplinary approaches, including neuroscience, cognitive psychology, and psychotherapy.

• Delving Within: The New Science of the Unconscious, Wednesday, October 26, 2016

• Dreaming: A Gateway to the Unconscious? Wednesday, December 7, 2016

• The Deeper Self: An Expanded View of Consciousness, Wednesday, February 15, 2017

Siri Hustvedt is a novelist and scholar who lives in Brooklyn, New York. She has a PhD in English literature from Columbia University and is currently a lecturer in psychiatry at Weill Cornell Medical College. She is the author of a book of poetry, six novels, three collections of essays, and a work of nonfiction. Her fourth collection of essays, A Woman Looking at Men Looking at Women, will be published in December of 2016. Hustvedt's scholarly work is interdisciplinary. It draws insights from literature, visual art, philosophy, psychoanalysis, psychiatry, neuroscience, and epigenetics. She has lectured at international conferences on neuroethics, neurophysiology, philosophy, art and memory, and published papers in science and other academic journals. In 2012 she was awarded the Gabarron International Prize for Thought and Humanities. Her novel The Blazing World was long listed for the Man Booker Prize and won the Los Angeles Book Prize for fiction in 2014.

Philemon Professor of Jung History, Director of the UCL Centre for the History of Psychological Disciplines
Editor of Jung's The Red Book

Professor Sonu Shamdasani is the Vice-Dean (International) of the Faculty of Arts & Humanities and Co-Director of the Health Humanities Centre at University College London. He works on the history of psychology and psychiatry. His most recent works are C. G. Jung: A Biography in Books (2012), with Mikkel Borch-Jacobsen, The Freud Files: An Inquiry into the History of Psychoanalysis (2012), with James Hillman, The Lament of the Dead, Psychology After Jung's Red Book (2013). He is the editor and co-translator of C. G. Jung, The Red Book: Liber Novus (2009).

Professor and Chair of Neuropsychology, University of Cape Town; Director, Center for Neuropsychoanalysis, New York Psychoanalytic Institute
Author of The Brain and the Inner World: An Introduction to the Neuroscience of the Subjective

Professor Mark Solms is Director of Neuropsychology at the University of Cape Town. He is President of the South African Psychoanalytical Association, member of the British Psychoanalytical Society and Honorary Member of the New York Psychoanalytic Society. He is Research Chair of the International Psychoanalytical Association, Director of the Science Department of the American Psychoanalytic Association and Co-Chair of the International Neuropsychoanalysis Society. He was awarded the Sigourney Prize in 2012. He has published more than 300 papers in both neuroscientific and psychoanalytic journals, and five books, including The Brain and the Inner World (2002) which was a bestseller translated into 12 languages. His selected writings were recently published as The Feeling Brain (2015). He is the editor of the forthcoming (2017) Revised Standard Edition of the Complete Psychological Works of Sigmund Freud (24 vols) and the Complete Neuroscientific Works of Sigmund Freud (4 vols).

Steve Paulson is the executive producer and an interviewer with To the Best of Our Knowledge, the Peabody Award-winning radio program produced at Wisconsin Public Radio and syndicated nationally by Public Radio International. Paulson has written for Salon, Slate, Huffington Post, The Chronicle of Higher Education, The Independent and other publications. His radio reports have also been broadcast on NPR's Morning Edition and All Things Considered. His recent book, Atoms and Eden: Conversations on Religion and Science, was published by Oxford University Press.