Join Takeda Pharmaceutical Company Limited and the New York Academy of Sciences along with Distinguished Guests from the neuroscience community in recognizing the 2017 Innovators in Science Award Winners. The Symposium will be a unique opportunity for guests to join a dialogue with leading researchers, clinicians, and prominent industry stakeholders from around the globe about the transformational research happening at the frontiers of neuroscience today.

The Innovators in Science Award recognizes a promising Early Career Scientist and an outstanding Senior Scientist’s contributions to science in the areas of Neuroscience, Gastroenterology, Regenerative Medicine, and Oncology, and is intended to support their commitment to innovative research. The 2017 Award is one of the largest industry sponsored global prizes given to an individual scientist in the area of Neuroscience.

In the Award’s inaugural year, 114 academic, government, and non-profit institutions from across 28 countries named their most promising Early Career and Senior Scientists in Neuroscience. Nominations were also accepted from the Award's own Scientific Advisory Council, composed of renowned science and technology leaders. From the 170 nominations received, one Winner in each category will be selected and receive $200,000 to support their commitment to innovative research.

The panel of Judges is comprised of many of the world’s most distinguished scientists and, together with the members of the Scientific Advisory Council, includes 2 Nobel Laureates, 2 Lasker Award Winners, 2 National Medal of Science recipients, and several members of the National Academy of Sciences, Chinese Academy of Sciences, Japan Academy, and Royal Society. The Winners will be announced in October 2017 and honored at a Ceremony dinner in New York City. 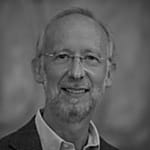 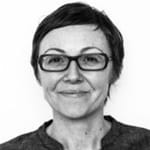 The thalamus had long been suspected to play important roles in cognition, but contemporary models depict it as a simple relay of inputs to the cortex. Within these models, cognitively-relevant computations are exclusively cortical. In his presentation, Dr. Halassa will show evidence that the thalamus performs several non-relay functions, including initiating, sustaining and switching persistent cortical representations of cognitive signals. These functions are related to previously unrecognized input/output transformations that thalamic neurons uniquely perform. Dr. Halassa will end with showing how such transformations can be mechanistically-targeted, and how furthering our understanding of the cognitive thalamus may enable the development of next generation approaches to cognitive enhancement.

Gene Delivery Across the Blood-Brain-Barrier, Whole-Body Tissue Clearing, and Optogenetics to Understand and Influence Physiology and Behavior

For the past decade we have been developing neurotechnologies and used them to probe circuits underlying locomotion, reward, and sleep. Present-day neuroscience relies on genetically-encoded tools; in both transgenic and non-transgenic animals, current practice for vector delivery is stereotaxic brain surgery—an invasive method that can cause hemorrhages and non-uniform expression over a limited volume. To address this limitation, we have developed viral-vector selection methods to identify engineered capsids capable of reaching target cell-populations across the body and brain after noninvasive systemic delivery. We use whole-body tissue clearing to facilitate transduction maps of systemically delivered genes. With novel AAV capsids, we achieved brain-wide transduction in adult mice after systemic delivery and sparse stochastic Golgi-like genetic labeling that enables morphology tracing for both central and peripheral neurons. Viral vectors that can efficiently and selectively deliver transgenes to target tissues after injection into the bloodstream allow us to genetically modify a high percentage of desired cells with more homogeneous coverage, without the need for either highly invasive direct injections or time-consuming transgenesis.

How Do Origin and Environment Shape Microglial Identity?

Microglia, the resident macrophages of the brain, are important for normal development, highly implicated in diverse brain diseases, but poorly understood.  In this presentation we introduce the concept of microglia transplantation and demonstrate its utility for understanding fundamental aspects of microglial biology, improving murine disease models, and treating brain dysfunction.

Excitatory glutamate receptors are classified as AMPA, NMDA and metabotropic receptors (mGluRs). By combining electrophysiology and expression analyses in Xenopus oocytes, we elucidated the molecular identity of NMDA receptors and mGluRs. We further demonstrated that excitatory AMPA receptor and inhibitory mGluR6 serve to discriminate the presence or absence of light in the retinal On and Off parallel pathways.  An analogous processing mechanism acts in the parallel basal ganglia pathways, in which the stimulatory D1 and inhibitory D2 dopamine receptors play a key role for evoking reward-seeking and aversive responses. Hence, the dynamic control of neurotransmitter-receptor interactions is crucial for processing neural information in brain function and dysfunction.

Location: Lobby - This optional discussion session will provide our guests with an opportunity to network with the 2017 Innovators in Science Award Jury Members and learn about their research on Neurodegenerative Diseases, Neuropsychiatric Disorders, and Circuit Plasticity.

Alzheimer’s disease (AD) is the most common form of dementia affecting the elderly and is characterized by global cognitive decline. AD is strongly influenced by both genetic factors and lifestyle.
An increasing number of AD genes emerging from whole genome studies have implicated innate immunity and, in particular, microglial cell activities in AD pathogenesis, including TREM2 and CD33, which we had reported as an AD gene in 2008. To study CD33 and other innate immune-related AD genes, we have incorporated microglia into our 3D neural culture models of AD, while also utilizing classic transgenic mouse models. Recently we have also found that low-grade infections, e.g. bacterial, fungal, viral, in the brain rapidly nucleate beta-amyloid deposition as an antimicrobial protection activity of the amyloid beta protein in the brain's innate immune system. Aspects of these studies will be covered.

Designer DNA Drugs for the Treatment of Neurodegeneration

Dr. Don Cleveland, a member of the Ludwig Institute for Cancer Research and Professor of Cellular and Molecular Medicine at the University of California at San Diego, will describe the mechanisms underlying the major genetic forms of Amyotrophic Lateral Sclerosis (ALS) and the demonstration that disease involves neurons and their non-neuronal neighbors. He will describe the development of a new class of “designer DNA drugs” for silencing disease-causing genes responsible for the major diseases of the aging nervous system, including ALS, Huntington’s, Alzheimer’s diseases, and chronic brain injury now prominently seen in the National Football league.

Building the Brain: From the Embryo to Brain Organoids

Much remains to be understood regarding the cellular and molecular principles that govern the development of the mammalian brain, and how these events are affected in neurodevelopmental disease. Focusing on the cerebral cortex, I will present data on the identification of novel molecular mechanisms underlying developmental generation of neuronal diversity, and its impact on cortical assembly. Building on this developmental work in the mouse, I will then present the challenges and opportunities of modeling human brain development in the dish, from pluripotent stem cells, within 3D human brain organoids, and the promise that organoids offer to understand complex neurodevelopmental disease.

Dr. Geschwind will discuss his group's use of high throughput genomic methods to cross the challenging terrain that traverses the causal paths linking genetic variants (loci) to genes to neurobiological mechanisms. This work ranges from defining regulatory elements in the non-coding genome in brain to understand the action of non-coding variation, as well to the use of gene networks to provide a framework to explore convergence and divergence of heterogeneous risk variants in autism, as well as with other neuropsychiatric disorders.

The Biology of Memory and Age Related Memory Loss

Dr. Kandel will consider the neural systems and molecular mechanisms that contribute to learning and long-term memory.  Dr. Kandel will divide his talk into two parts:  First, he will consider how different memory systems were identified in the human brain and how they were shown to be involved in two major forms of neural memory storage: 1) simple memory for perceptual and motor skills and 2) complex memory for facts and events.   He will then go on to outline studies that demonstrated that long-term memory is reflected in the growth of new synaptic connections. Finally, Dr. Kandel will discuss how our insights into memory storage are allowing us to understand the two major forms of age related memory loss.