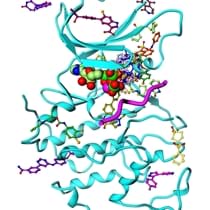 Thinking Outside the ATP Box: New Ways to Target Kinases for Therapeutics

Over the past few years we have witnessed considerable progress in the field of kinase inhibitors, however there is still no consensus as to which screening methods are best suited to their identification. This symposium will bring together experts in the field of kinase drug discovery to review the landscape, exploring new approaches and technologies driving the advancement of non-classical kinase inhibitor pipeline, and drawing on past lessons to provide insight into the future direction of the field. 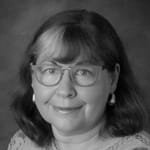 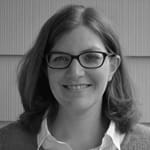 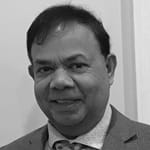 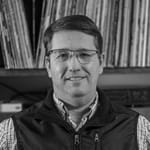 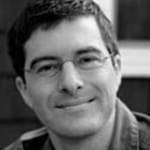 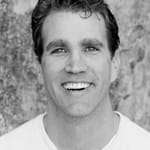 **not participating in webinar

Protein kinases are proven drug targets but in cancer resistance to kinase inhibitor invariable develops.  This lecture will focus on new approaches to target kinases with covalent, allosteric and degradation inducing drugs focusing on CDKs, FLT3, BTK and EGFR.  A new system for validating the effects of small molecule induced protein degradation – the D-TAG approach will also be discussed.

Inhibitors of the Hypertension Drug Targets WNK1 and WNK3

With no lysine (WNK) kinases are associated with familial forms of hypertension and hypotension.  They control the activity of cation-chloride  contransporters both through hormonal activation and direct activation of autophosphorylation by osmotic pressure, and thus are both sensors and effectors of blood pressure.  WNKs have well-characterized functions in the kidney, and in addition have essential functions in brain, the heart and vasculature, as well as secreting epithelia, and are considered drug targets for hypertension, stroke, and secretory diseases such as cystic fibrosis.

Novartis has recently published on pan-WNK inhibitors (Yamada, K. et al. (2016) Nat. Chem. Biol. 12, 896-898). We conducted a screen of  a 200,000 compound library at the UT Southwestern  High Throughput Screening Core and have identified selective inhibitors of both WNK1 and WNK3. The scaffolds of the discovered compounds are distinct for the Novartis compounds, but crystallographic analysis reveals similarities to the binding mode reported previously.

What Makes a Kinase Promiscuous for Inhibitors?

ATP-competitive kinase inhibitors often bind several kinases due to the high conservation of the ATP binding pocket. Through clustering analysis of a previously published, large kinome profiling dataset we found a cluster of eight promiscuous kinases that on average bind more than five times more kinase inhibitors than the remaining 398 kinases. To understand the structural basis of promiscuous inhibitor binding, we determined the co-crystal structure of the receptor tyrosine kinase DDR1 with the type I inhibitors dasatinib and VX-680. Surprisingly, we find that DDR1 binds these type I inhibitors in an inactive conformation reserved for type II inhibitors. Our computational and biochemical studies show that DDR1 is unusually stable in this inactive conformation. Here, we show for the first time the structural and mechanistic basis for the promiscuity of kinases towards their inhibitors and provide a novel approach to derive structural preferences of kinases through large scale binding assays.

PROTAC-based protein degradation is an emerging field that holds significant promise for targeting the “undruggable” proteome: the vast majority of the proteins that do not exhibit enzymatic activity and are thereby not amenable to classical inhibition. Despite significant progress, a thorough mechanistic characterization of biochemical determinants that underpin efficient PROTAC activity is lacking. Here, we address one such question: Is positive cooperativity necessary for potent protein degradation? Through a collection of independent techniques, we show that alleviation of steric clashes within the BTK PROTAC system is both necessary and sufficient for effective in vitro and in vivo degradation. This result broadens the scope of PROTAC applications and impacts fundamental design criteria across the field.

The c-Jun N-terminal kinase 3 (JNK3), a mitogen-activated kinase, is a key signalling enzyme in cellular stress response. JNK3 is primarily expressed in the nervous system and has previously been targeted by covalent inhibitors for the treatment of neurodegenerative diseases, including Alzheimer's, Huntington's and Parkinson's disease. Here we introduce the combination of covalent inhibition and photopharmacology. Optical control of JNK3 is achieved using synthetic inhibitors, based on cyclic azobenzene photoswitches, enabling light-control over the degree of covalent modification and thus controlling kinase inhibition. This strategy allows spatiotemporal targeting of JNK3 in research and therapy, providing a general approach of optical control which is applicable to other covalent inhibitors and kinases.

Substantial unmet medical need exists in the treatment and management of pain, as currently available therapeutic options can result in incomplete pain relief as well as significant side effects. With the identification of Tropomyosin-related kinase A (TrkA) and its association with NGF (the ligand for TrkA) and chronic pain, a novel biological mechanism and candidate for pain management emerged and presented a promising opportunity for therapeutic intervention. Here, we describe a screening approach that resulted in the identification of TrkA-specific inhibitors as well as the structural studies that revealed how the TrkA juxtamembrane domain can contribute to their binding sites, providing their specificity. A high degree of flexibility in the TrkA juxtamembrane domain allows for several distinct binding modes, each of which will be discussed. This knowledge can assist the development of selective TrkA inhibitors and has general implications for screening strategies in drug discovery.

Allosteric Modulation of Protein Kinases Through Their ATP-Binding Sites

Protein kinases are one of the most highly pursued targets for the development of new therapeutics by the pharmaceutical industry. A vast majority of potent protein kinase inhibitors act by competing with ATP to block the phosphotransferase activity of their targets. However, there is emerging evidence that ATP-competitive inhibitors can affect kinase interactions and functions in ways beyond phosphotransferase catalytic activity. While most inhibitors are able to interact with the ATP-binding clefts of kinases in an active conformation, a subset are conformation-selective, in that they only bind to their targets if conserved catalytic residues have been displaced from a catalytically competent conformation. The bi-directional allosteric relationship between the ATP-binding clefts and regulatory/scaffolding sites of protein kinases raises the intriguing possibility that these conformation-selective inhibitors may differentially influence phosphotransferase-independent functions of kinases. We have shown that conformation-selective, ATP-competitive ligands are able to differentially modulate regulatory interactions, scaffolding events, and catalytic activities that are distal to their binding sites in diverse protein kinases. Furthermore, we have found that conformation-selective inhibition can lead to divergent phenotypic effects in the cell. An overview of how the phosphotransferase-independent functions of Src-family kinases can be allosterically modulated with ATP-competitive inhibitors will be presented. Furthermore, the molecular logic governing these allosteric effects will be described.

5' Adenosine monophosphate-activated protein kinase (AMPK) is a critical metabolic enzyme involved in maintaining whole body and cellular energy homeostasis.  It functions as a sensor of cellular ATP levels and regulates it by phosphorylating a multitude of substrates.   A heterotrimeric serine/threonine protein kinase, AMPK is comprised of a catalytic α-subunit in complex with regulatory β and γ-subunits.  The presence of multiple gene products for each subunit allows for the assembly of twelve theoretical isoform combinations which differ in expression pattern across tissues and species.  The pharmaceutical industry has been seeking activators of AMPK for the treatment of cardiovascular and metabolic diseases. While developing enzyme inhibitors has been a highly successful endeavor, we are still in the early days of deciphering the rules of the game for the design of enzyme activators. Through high-throughput screening using a novel biochemical assay, we identified isoform-selective AMPK activator leads.  Optimization of one of our isoform selective AMPK activators using classical medicinal chemistry strategies and computational modeling delivered a potent clinical candidate.  We will describe the biochemical, biophysical, and in vivo characterization of our AMPK activators.

Beyond the Kinase Domain: Discovery of a First-in-Class, Allosteric Inhibitor of TYK2 for the Treatment of Inflammatory Autoimmune Diseases**

Tyrosine kinase 2 (TYK2) is a member of the JAK family of kinases and is involved in signaling through the receptors for the pro-inflammatory type-1 interferons, IL-12, and IL-23.  As a result, orally-efficacious small molecule TYK2 inhibitors offer promise as an effective treatment for serious inflammatory autoimmune diseases where these cytokines are believed to play a key role. This presentation will describe a chemogenomics approach using a phenotypic screen and kinome-wide profiling data of a compound library to identify novel allosteric inhibitors of TYK2 that act by binding to and stabilizing the TYK2 pseudokinase domain.  Additional screening and medicinal chemistry efforts leading to the discovery of the clinical candidate BMS-986165, a first-in-class highly potent and selective allosteric inhibitor of TYK2, will also be highlighted.