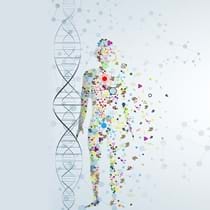 The first genome-wide association studies (GWASs) began unraveling the genetic basis of complex diseases over a decade ago. In that time, the development of innovative analytical and experimental methods enabled genomic data to inform how genetics relates to human traits, health, and disease. Nevertheless, progress has stalled in translating genetic association signals to an understanding of their underlying biological mechanisms, in identifying causal links between genetic variants and phenotypes, and in developing therapies based on this knowledge — few drug targets identified through GWASs have advanced.

This symposium will highlight emerging strategies to experimentally and computationally identify and validate causal association from patient cohorts, and outline the challenges and opportunities in translating GWAS hits into successful drug discovery programs.

Regeneron Pharmaceuticals and University of Maryland

This event is supported by grants from: 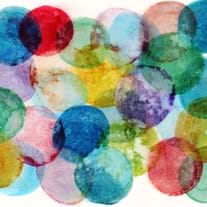 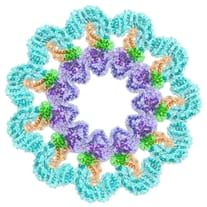 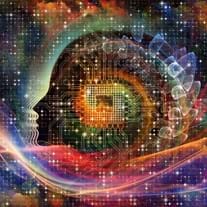 Genomics Enters the Clinic: What Should Savvy Consumers Know? 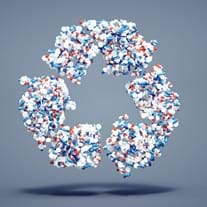 Precision Medicine in Obesity — The Value of Genetic Information

With a growing understanding of the genetic basis of diseases, the expectation is that genetics will soon revolutionize health care. Knowing a patient’s genome would enable us to predict risk of future disease more accurately and to prescribe personalized treatment strategies, as opposed to the traditional “one-size-fits-all” approach.

Online genomic companies offer genetic testing directly-to-consumers (DTC), many of which focus on diet, nutrition, physical performance, and fitness. They claim that, based on their customer’s genotype data, they can they can design “genetically matched-diets” to help them lose weight more easily, determine what nutrients their body favors during exercise, what type of training is most effective, among others. Besides personalizing recommendations to live healthier lives, genetics is also being used to predict future risk of disease, such as obesity, using polygenic risk scores (PRSs). PRSs assess an individual’s overall genetic risk based on the cumulative effect of many common genetic variants. Some claim that a PRS can identify people-at-risk early in life, allowing prevention to start at a young age.

I will discuss the scientific evidence currently available that supports (or not) personalizing lifestyle recommendations and predicting obesity based on genetic information. I will also briefly review the potential implications of inaccurate “genotype-driven” recommendations. For now, it seems that genotype-based recommendations are likely as effective as the “one-size-fits-all” recommendations and that current PRS prediction of obesity is outperformed by family history.

Deciphering the impact of genetic variation on gene regulation is fundamental to understanding common, complex human diseases. Although histone modifications are important markers of gene regulatory regions of the genome, any specific histone modification has not been assayed in more than a few individuals in the human liver. As a result, the effects of genetic variation on histone modification states in the liver are poorly understood. Here, we generate the most comprehensive genome-wide dataset of two epigenetic marks, H3K4me3 and H3K27ac, and annotate thousands of putative regulatory elements in the human liver. We integrate these findings with genome-wide gene expression data collected from the same human liver tissues and high-resolution promoter-focused chromatin interaction maps collected from human liver-derived HepG2 cells. We demonstrate widespread functional consequences of natural genetic variation on cis-regulatory element activity and gene expression levels. Leveraging these extensive datasets, we fine-map a total of 74 GWAS loci that have been associated with at least one complex phenotype. Our results reveal a repertoire of genes and regulatory mechanisms governing complex disease development and further the basic understanding of genetic and epigenetic regulation of gene expression in the human liver tissue.

Genetic variation that alters gene regulation contributes to many and diverse human diseases. In particular, there is strong evidence that nearly all common human traits and diseases are influenced to some degree by non-coding genetic variation that acts via changes in gene regulation. Even for rare diseases, there is evidence that regulatory variation can influence the severity of diseases. Nonetheless, there persist major technological challenges in our ability to empirically or computationally identify specific regulatory mechanisms contributing to those diseases. Overcoming those obstacles will greatly benefit human health by revealing new opportunities for disease diagnosis and treatment.

I will discuss recent progress in this area, focusing predominantly on the development and use of new high-throughput genome-scale technologies to quantify the effects of non-coding genetic variation on human gene regulatory element activity and the regulation of downstream target genes. I will also discuss recent progress and specific case studies that highlight the use of those techniques to map causal regulatory mechanisms of various human traits and diseases. Finally, I will discuss future directions in those techniques, with an eye towards making the identification of non-coding mechanism of human disease routine.

Keynote Address ~ From Genes and Genomes to Targets and Therapies

Coronary artery disease and myocardial infarction remain the leading causes of death in the United States and throughout the world. New treatments will require a better understanding of the casual pathways in the cells of the blood vessel wall, where the atherosclerotic plaque is formed. The genetic loci identified through genome-wide association studies (GWAS) represent new therapeutic targets, but only a small number have been functionally characterized. The majority of these risk loci are not associated with plasma lipid levels, suggesting they can identify novel vascular mechanisms of disease.

We have prioritized the functional analysis of GWAS loci associated with multiple vascular diseases. One such locus is the 6p24 region, which is associated with five vascular diseases including coronary artery disease, migraine headache, cervical artery dissection, fibromuscular dysplasia and hypertension. Through genetic fine mapping, we prioritized rs9349379, a common SNP in the third intron of the PHACTR1 gene, as the putative causal variant. Epigenomic data from human tissue revealed an enhancer signature at rs9349379 exclusively in aorta, suggesting a regulatory function for this SNP in the vasculature. CRISPR-edited stem cell-derived endothelial cells demonstrate rs9349379 regulates expression of endothelin 1 (EDN1), a gene located 600 kb upstream of the associated SNP. The known physiologic effects of EDN1 on the vasculature may explain the pattern of risk for the five associated diseases. Overall, these data illustrate the integration of genetic, phenotypic, and epigenetic analysis to identify the biologic mechanism by which a common, non-coding variant can distally regulate a gene and contribute to the pathogenesis of multiple vascular diseases.

CRISPR/Cas9 has driven forward the validation of candidate regulatory elements by enabling high-throughput endogenous perturbation of the human noncoding genome. These advances have been enabled by Cas9’s suitability for use in pooled approaches to perturb and phenotype thousands of candidate regulatory elements in a single experiment. In my talk, I will cover two advances for pooled CRISPR/Cas9 screens of the noncoding genome. First, I'll describe a method we devised to scan thousands of kilobase-sized deletions ("ScanDel") across a desired region, programming one unique deletion per cell in a pool and phenotyping them in multiplex by pooled functional selection. In our proof-of-concept study, we used ScanDel to program 4,342 overlapping 1-and 2- kilobase (Kb) deletions that covered 206 Kb centered on HPRT1, the gene underlying Lesch-Nyhan syndrome. However, ScanDel and its contemporaries are limited to evaluating regulatory elements for their effect upon a single gene. To overcome this, we designed and implemented a second method in which large numbers of CRISPR perturbations are introduced to each cell, followed by single-cell RNA-seq to read out their effect upon any transcript. We designed CRISPR perturbations to 5,920 candidate regulatory elements in the K562 cell line, and tested for differential expression of all expressed genes within 1 megabase of each candidate enhancer. We thus effectively evaluated >70,000 potential enhancer-target gene relationships in one experiment, and associated 664 enhancer-gene pairs. Pooled perturbation methods of this scale are poised to facilitate the comprehensive elucidation of the gene-regulatory landscape of the human genome.

From Functional Genomics to Translational Therapeutics for Cardiometabolic Disease

The application of genome-wide approaches to the study of cardiometabolic disease and its risk factors is having a major impact on our understanding of this complex disease and our ability to prevent and treat it. Genome-wide common and rare variant studies and subsequent functional genomics approaches have provided important new insights into the biological pathways involved in lipoprotein metabolism, diabetes, fatty liver disease, atherogenesis, and cardiomyopathy. When these genomic data are coupled to human phenomic science, the potential for new information related to human health and disease is immense. The application of Mendelian randomization is allowing important inferences with regard to the causality of new cardiometabolic risk factors.

The intense focus on human genetics is leading to the identification of new therapeutic targets. Functional genomics studies based on these new targets is helping to understand disease pathogenesis and pointing to more precise approaches to therapies. Wider application of genetic testing in the clinical arena is likely to lead to greatly improved risk stratification and personalization of preventive and treatment paradigms. The field of cardiometabolic disease has been at the forefront of translating genetics into medicines.

Discovering and developing new medicines that are safe and more highly effective than existing therapies is an increasingly challenging and expensive endeavor. Over the past decade, human genetics has given us new insights into the biology of disease and clues into how to approach the discovery of new drugs that are more likely to be successful. The challenge for would-be drug discoverers is to gain access to powerful sources of genetic associations, understand their impacts on health and disease, disentangle the underlying causal mechanisms, and amongst the many options, choose the proteins that will provide the best drug targets.

Human genetics offers the potential to transform drug discovery. However, the path from a human genetic discovery to a new medicine remains challenging. An “allelic series” model is a concept that offers one solution to utilize human genetics for decision-making along the drug discovery journey. There are several compelling examples in immunology that fit with the allelic series concept, including TYK2 and IL2RA. Extrapolating from these and other examples, it is conceivable to build a genetic dose-response portal in the near future.