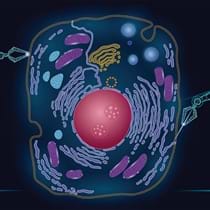 Synthetic Biology holds tremendous promise to revolutionize our understanding of the origins of life, the mechanisms underlying myriad biological processes, human diseases and critical environmental issues that threaten the planet. With the advent of 21st century molecular biology techniques, including rapid and inexpensive genomic sequencing as well as methods that allow precise genetic modification, scientists have an unprecedented ability to harness biological processes to efficiently produce a wide variety of desirable chemicals. These include complex drugs, biofuels, biomaterials and sustainable food products that have the potential to transform our quality of life.  This two-day symposium will convene experts in gene editing, artificial cells, genomics and chemical biology to discuss how advances in synthetic biology can positively influence human and environmental health. 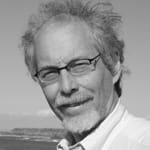 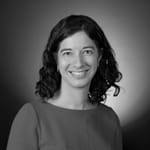 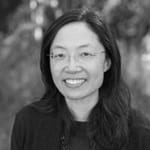 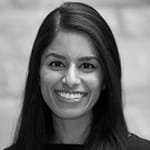 Karyotype Engineering and Other Ways to Torment Genomes

We recently completely engineered the yeast karyotype, by systematically fusing pairs of telomeres and deleting single centromeres, thus generating an isogenic series of yeast ranging from n=16 to n=2. These strains show reproductive isolation and a massively altered 3D genome structure, but are surprisingly “normal” and show high fitness. We have also developed a method that allows us to move megabase segments to distant locations in the genome in a single step, again with surprisingly little impact on fitness.

Finally, we have automated our big DNA synthesis pipeline (the GenomeFoundry@ISG), opening the door to parallelized big DNA assembly, including assembly of human genomic regions of 100 kb along with multiple designer synthetic variants thereof. We can precision deliver such segments to stem and cancer cells, and use these methods to dissect genomic “dark matter”, perform transplants of specific human genomic regions to animal genomes, and endow human cells with new capabilities.

One of the hallmarks of cell theory is the recognition that any life form, consisting of one or more living cells, results from another living cell. Although this insight was a huge step towards making biology a scientific discipline, and freeing the concept of life from metaphysics and speculation, it left us with a fundamental riddle – how did the first cell, how did life as such originate? Using bottom-up synthetic biology of simplistic reconstituted systems, we attempt to identify the fundamental principles of how chemical systems acquire, one by one, the particular features and functions of living systems. Our particular emphasis is on the origin of cell division, and how we could build a minimal system that is able to divide autonomously.

Understanding the evolutionary stability and possible context-dependence of biological containment techniques is critical as engineered microbes are increasingly under consideration for applications beyond biomanufacturing. While batch cultures of synthetic auxotrophic Escherichia coli previously exhibited undetectable escape throughout 14 days of monitoring, the long-term effectiveness of synthetic auxotrophy is unknown. Here, we report automated continuous evolution of a synthetic auxotroph using custom chemostats that supply a decreasing concentration of essential biphenylalanine (BipA). After 100 days of evolution in three separate trials, populations exhibit no observable escape and are capable of normal growth rates at 10-fold lower BipA concentration than the ancestral synthetic auxotroph. Allelic reconstruction of three proteins implicated in small molecule transport reveals their contribution to increased fitness at low BipA concentrations. Mutations do not appear in orthogonal translation machinery nor in synthetic auxotrophic markers. Based on its evolutionary stability, we introduce the progenitor synthetic auxotroph directly to mammalian cell culture. We observe containment of bacteria without detrimental effects on HEK293T cells. Overall, our findings reveal that synthetic auxotrophy is effective on timescales and in contexts that enable diverse applications.

One of the greatest challenges of synthetic biology is how to accurately control living organisms so that they perform desired (novel) tasks. Synthetic gene circuits provide such control knobs, and constitute invaluable tools for the realization of the next generation of biological devices that will tackle health and environmental challenges of the 21st century. However, most synthetic circuits so far were based on transcription factors, which suffer from inherent constraints that limit their applicability, such as insufficient modularity, orthogonality and programmability. Alternatively, CRISPRi has emerged as a powerful tool for creating synthetic circuits, both in prokaryotes and eukaryotes; yet, its lack of cooperativity has been pointed out as a potential obstacle for dynamic or multistable synthetic circuit construction. Here we use CRISPRi to build a synthetic oscillator (“CRISPRlator”), bistable network (toggle switch) and stripe pattern-forming incoherent feed-forward loop. Our circuit designs, conceived to feature high predictability and orthogonality, as well as low metabolic burden and context-dependency, allow us to achieve robust behaviors in E. coli populations. Mathematical modeling suggests that unspecific binding in CRISPRi is essential to establish multistability. Our work demonstrates the wide applicability of CRISPRi in synthetic circuits and paves the way for engineering more complex synthetic networks, boosted by the advantages of CRISPR technology.

Active genetic elements are transmitted during reproduction at greater than expected Mendelian frequencies. Such "super-Mendelian"inheritance can be used for a variety of applications including: gene-drive systems for disseminating beneficial traits throughout populations (e.g., spreading immunizing factors that prevent mosquitoes from transmitting malarial parasites), reversing insecticide resistance, devising elements that can eliminate or inactivate gene drives, creating active genetic modifications that facilitate breeding by bypassing constraints imposed by independent assortment and linkage, and development of self-amplifying systems in bacteria to scrub antibiotic resistance factors from the environment or potentially from patients with chronic bacterial infections, and engineering next-generation genetic circuits for synthetic biology.

Anaerobic microbes work together in complex communities that decompose and recycle carbon biomass throughout the Earth –from our guts to landfills and compost piles. Despite their importance, little information exists to parse the role of each microbial member within their dynamic community. To address these knowledge gaps, we pioneered new techniques to isolate anaerobes from biomass-rich environments (e.g. guts and fecal materials of herbivores), characterize their shared metabolism, and build synthetic microbiomes to drive biomass to renewable chemicals. Herbivore fecal samples were challenged by different types of biomass during cultivation to identify important microbial partnerships; 10 billion metagenomic reads spread across 402 enrichment samples tracked biological diversity as the cultures converged to a set of stable microorganisms. Nearly 200,000 carbohydrate active enzymes were identified from the fecal samples, and 724 genomes were assembled for previously uncultured microbes. Surprisingly, consortia dominated by anaerobic fungi generated more than twice the amount of methane compared to prokaryotic consortia, suggesting that fungi accelerate biomass breakdown and methane release in herbivores. Overall, our analysis points to natural compartmentalization between anaerobes as a means to degrade crude biomass, which can be exploited to harness nature’s microbes for sustainable chemical production using synthetic systems.

Engineering microbes spurs biotechnological innovations across disciplines ranging from environmental monitoring to medical therapeutics. However, translating these technologies requires stringent control mechanisms to confine bacterial growth within defined regions of interest. Here, we engineer enhanced bacterial tropism with genetic circuits that couple bacterial sensing and growth in response to physiological signatures in vivo. Specifically, we construct oxygen, pH, and lactate biosensors with tunable features for activation at distinct physiological concentrations. We use these biosensors to control the expression of essential genes, which results in shifts in bacterial growth distributions towards upper or lower regions of the gastrointestinal tract in vivo, following physiological gradients of oxygen and pH. Additionally, in a syngeneic mouse tumor model, multiplexing hypoxia and lactate biosensors with an AND logic-gate architecture reduces bacterial off-target colonization by 100-fold. Together, these results demonstrate a synthetic biology approach to enable precision localization of bacteria to specified organ niches

Using animals as a cheap way to make meat has brought us to the brink of environmental collapse. At Impossible foods, we’re trying to reduce the impact of animal farming on the planet by creating a delicious burger made entirely out of plant materials. A key driver of flavor in beef is heme, a molecule found in animal muscle in the form of the hemoprotein myoglobin. We have engineered the methylotrophic yeast Pichia pastoris to produce a similar plant hemoprotein called Leghemoglobin, which is found naturally in soybean root nodules. Leghemoglobin is the “magic meatless ingredient” in Impossible beef.

In the last few decades, Pichia pastoris has been used for production of several heterologous proteins of industrial relevance. In my talk, I will share a few examples of novel, rational strain engineering approaches that have led to improved expression of Leghemoglobin. I will highlight how an integrated approach to strain development, fermentation development, analytics and downstream processing enabled successful production of Leghemoglobin at commercial scale, leading to product commercialization and market expansion.

What is in Your Water? Giving Individuals the Power to Monitor their Environments with Cell-Free Synthetic Biology.

Poor water quality affects over two billion people across the globe. While we can’t often see or taste water contaminants, it turns out bacteria can. Here I will present our latest research on developing a ‘pregnancy test for water’ -a cheap, fast and reliable approach that allows anyone, anywhere to detect if their water is contaminated. Our approach builds off of advances in cell-free synthetic biology–extracting the machinery of natural organisms to perform their functions but in test tube reactions instead of living cells.Using the principles of synthetic biology, we can ‘rewire’ natural biosensors to produce visible signals when specific contaminants are present in a water sample. The addition of synthetic genetic circuits optimizes these reactions to detect contaminants with high degrees of sensitivity and specificity. Finally, the ability to freeze dry these reactions allows them to be easily stored and transported without cold chain, which has enabled us to demonstrate their utility in the field. This work is creating a new approach to water quality monitoring that promises to dramatically increase the scale at which we can monitor the health of ourselves and our environment.

Keynote- Talk title to be confirmed